DOI codes will be used parallel to species names 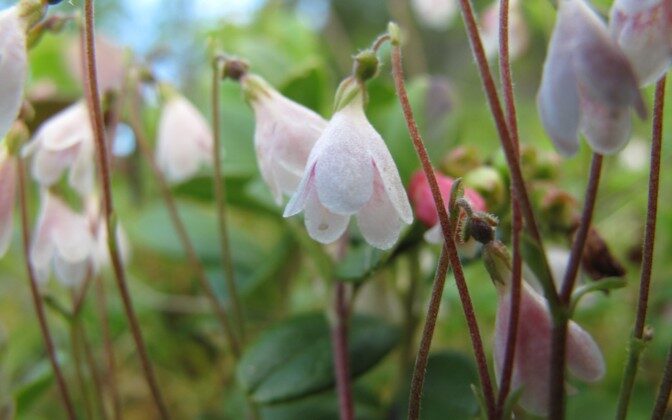 Scientists at the University of Tartu created a new method for communicating species. The classification initiated by Carl von Linné, which has lasted for over 200 years, does not take current scientific methods into account.

The mycologists and taxonomists working under the Natural History Museum and the Botanical Garden of the University of Tartu have so far been known as the creators of the eBiodiversity portal and the PlutoF platform. But now we can say that 10 years of work has resulted in the creation of a new international system that facilitates the classification of species.

Let’s start from the beginning. When a new species is discovered and being described, it is given a scientific name in Latin (e.g., the Brachyzapus greengoblin discovered recently by scientists from Tartu), the species will belong to some specific genus and family, etc. Often, it later becomes apparent that the initial classification was incorrect and the species name has to be changed – more trouble than necessary.

Furthermore, new modern work methods are now being used to search for species in an environment without catching them. For example, a water sample from one lake contains the DNA of all the fish living there (through faeces, fish slime as well as other excretions). Thus, describing the species living in an environment through a DNA analysis of a sample from this environment is becoming the most common work method used by scientists.

This is also the work method for mycologists, for example, studying the fungi that form symbiotic relationships with plant roots. The amount of microfungi found in soil is immense and they can all be found by simply separating their DNAs from the soil sample in a laboratory. In its essence, DNA is only a code, a nucleotide sequence. However, knowing this code is not that helpful as not all the DNA sequences of the world’s species have been correlated with the species names and there is no database that would let you know the name of the species by entering the DNA sequence.
The research group led by the professor of mycology, Urmas Kõljalg, at the University of Tartu, developed a database just for this purpose. However, this database is initially only for fungi. “We created a communication system so these species found via DNA could be communicated without knowing the names of the taxon (e.g., species, genus, etc. – ed.)”, explained Kõljalg. “Many species are only known based on their DNA: for example, analysing microfungi in soil. A large part of these have also not been described for science. Some have been described between 50 and 100 years ago but only based on their visible portion and this cannot be connected to the DNA collected from the sample.”

To associate a DNA sample with a specific species, you will need to assign this sample a unique name or code as the DNA sequence itself is too cumbersome – long and varying. The DOI (Digital Object Identifier) code known from scientific literature was chosen as this code. Every research ever published has its own unique DOI code that is constant in time, so this code can always be used to find the one specific research from the databases of scientific literature all over the world. DOI codes are given out by the International Certification Centre and the right of issuing DOI codes (in this instance, to fungal species or more specifically to their DNA samples instead of articles) was also granted to the Natural History Museum.
“For this purpose, we have a separate global database named ‘UNITE’, which we started and manage, and employs hundreds of people. Certain gene sequences have been gathered together from all over the world, and based on these, species and DNA-based species have been calculated. Then we simply built a communication system on top of it, which is an alternative to Linné’s system and based on DOIs, the same as journal articles. Every species has its own DOI code, which is an identifier that is stable in time.”

Scientists basically managed to develop a tool, which will tell the researcher who lives in the environment they are studying solely on the basis of DNA samples.

“That’s right”, said Kõljalg. “And it works almost on all fungi in the world. Little by little, we will start with other groups as well.”

The receipt of the right to issue DOI codes is also an interesting story – it happened as recently as during the years 2013–2014.
“Before DOIs, we created our own unique and stable identifiers. But the internationally recognised system is much better. And when we got the right to issue an indefinite number of DOIs, we issued half a million of them at the first go. And then these went to the headquarters in Germany, where they register these DOIs, and it was silent for a while. These DOIs are meant for scientific data and at that time there were only a couple of thousands of codes issued for scientific data in the world. And then we barged in with half a million. And then they looked at it for a while and said that ‘oh, this is a clever idea indeed’ (Urmas laughs).”

The DOI codes issued to species (and to be precise, to species hypothesis) enable the scientists working with wildlife classification to enter the modern world of data. Systematists constantly work with species names and the definition of one species often changes a couple of times a year. Now, however, every DOI code marks one definition made at a given moment in time, and all the old and new definitions are linked in databases.
“For example, if someone carries out a study of soil biota today and finds out who (whose DNA) is found in the soil somewhere, and then, 10 years later, someone conducts the same study and wants to compare the results of the two studies, then it is possible, because even if the species have been relocated in the interim, the digital connections between the new and old species have been retained. All of this is possible thanks to digital solutions”, exclaimed Urmas Kõljalg with anticipation for the use of the new system.