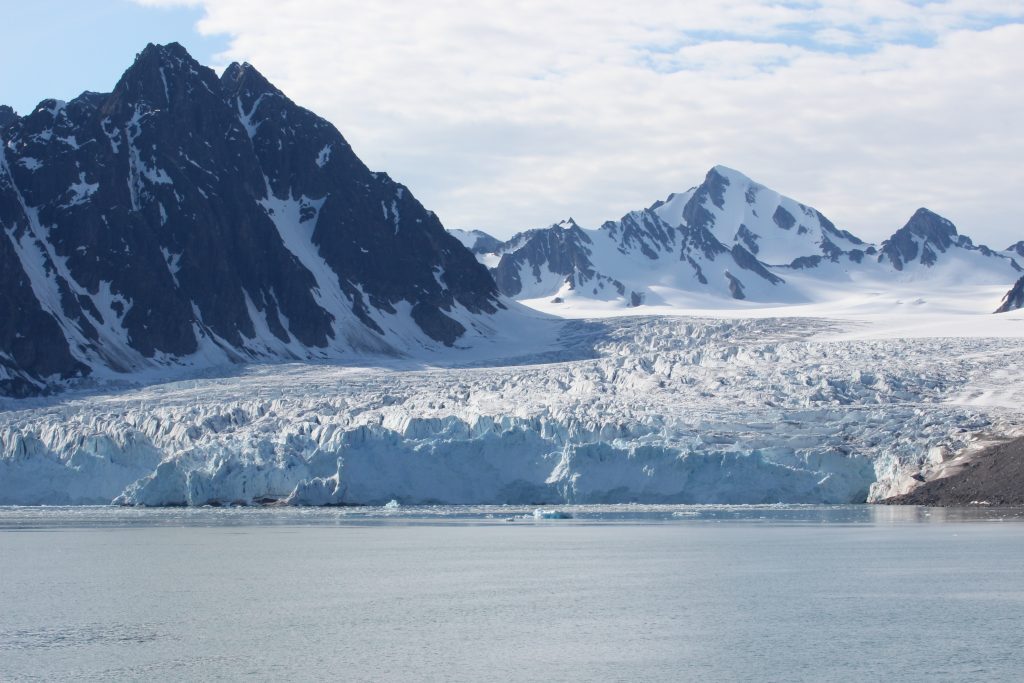 Recently an article on the work of an international research group who investigated Svalbard glaciers was published in a prestigious scientific journal Atmospheric Chemistry and Physics.

Scientists consider the glaciers of the Arctic and Antarctic to be the key areas for understanding climate change. Covering about 10 per cent of the Earth’s land surface, these areas constitute a major contributor to climate change, as well as an archives of past climate change and environmental conditions;  they affect sea level change and cause isostatic movements of Earth’s crust. Estonian scientists have investigated Svalbard glaciers since the mid-1970s, in the last 20 years in collaboration with the Norwegian Polar Institute.

“A glacier is actually like a living organism, in a continuous process of change,” a member of the research group of polar scientists, senior researcher at TTÜ Department of Geology Tõnu Martma explains. The ice mass in the accumulation zone is increasing. In this area the snow accumulating in winter fails to melt in summer and turns to ice over time. In the low-altitude area of a glacier, in the ablation zone, the winter snow and in addition part of the glacier ice melts in summer. In the glaciers ice flows from the accumulation zone to the ablation zone and glaciers can survive due to this constant flow of ice.

The Norwegian Polar Institute measures annually the mass balance, glacier velocities and changes in glacier elevations at five Svalbard glaciers (Holtedahlfonna, Austre Brøggerbreen, Midtre Lovénbreen, Kongsvegen and Etonbreen) and calculates glacier mass change based on the data obtained. The size of Svalbard glaciers and ice mass are decreasing at an increasing pace. Glacier melt is accelerated by temperature rise, as well as by change in glacier surface albedo (measure of the reflectivity of the surface) – pure white snow and ice reflect back most of solar radiation, dark snow and ice, however, absorb solar radiation and warm and melt.

Tõnu Martma says, “Snow turns darker due to dust falling from the sky, one of the components of which is black carbon – soot released into the atmosphere by humans. In Arctic weather stations, black carbon concentrations in the atmosphere have been measured since 1990 and the concentrations decreased by 40% by 2009. This positive change is associated with decrease in production and pollution in the northern part of Eurasia (incl. Estonia) caused by dissolution of the USSR.”

In April 2015, fieldwork took place at 1120 m high Holtedahlfonna glacier, where the scientists from Norway, Italy, Sweden, Finland and Estonia took samples of a 2.5 m thick snow layer and drilled a 14.7 m core to determine the concentrations of amino acids and black carbon in glacier ice.

“The samples taken covered the period from 2005 to 2015 and the study indicates that the concentration of black carbon in the snow and ice of the Holtedahlfonna glacier decreased in the last ten years compared to the turn of the century, but it is still higher than might be expected taking into consideration the concentrations measured in the atmosphere in the same period,” Tõnu Martma adds.