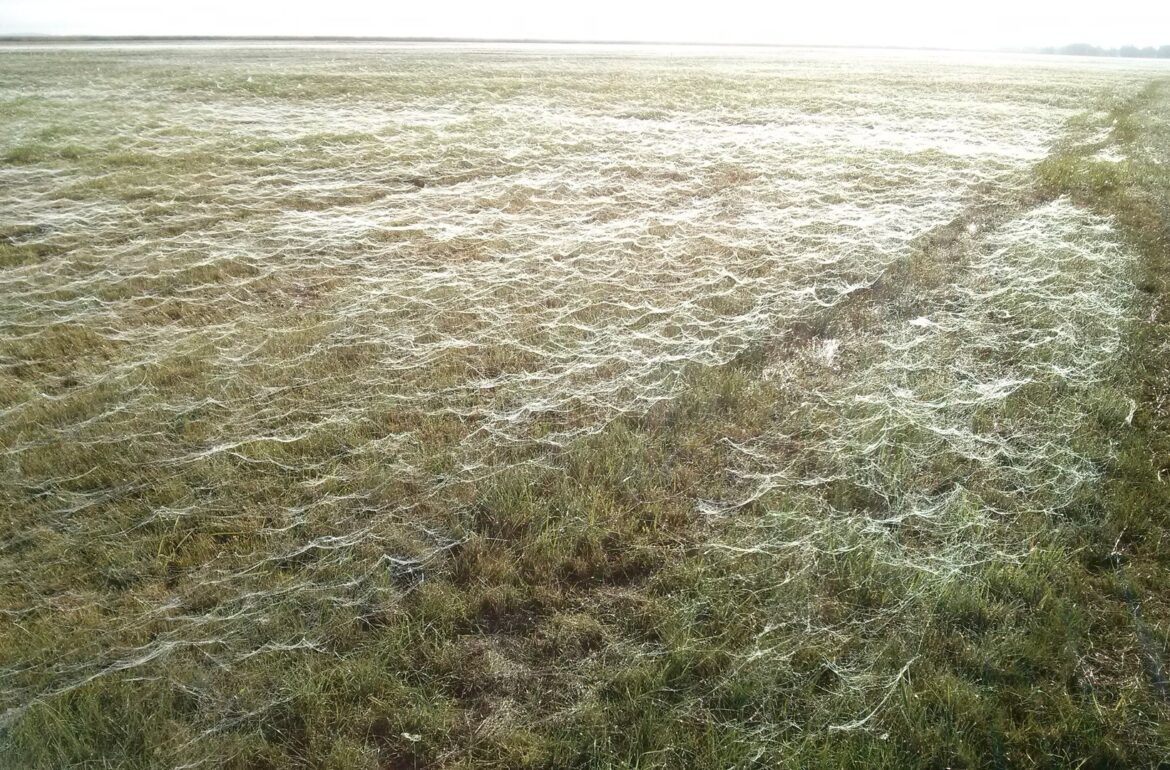 New discoveries in spiders and other groups of organisms reveal that Estonia’s open and prairie-like alvars (which are a rarity in the world) are necessary for plants, mosses, lichens as well as for other numerous rare animal species.

During the course of the largest study of spiders conducted in past decades, the only Estonian arachnologist, Mart Meriste. identified 154 species of spiders. Six of these were new to Estonia.

Meriste has never found so many new species at once. “I have dealt with much simpler ecosystems, for example with flood meadows and coastal meadows, and with cultivated fields where I usually find up to a hundred species in total,” he said.

The number of new species might be this large due to the fact that the alvars examined had never been studied that thoroughly before. On the other hand, many of the new finds might also be newly arrived species that are not indigenous.

Scientists associate the spread of southern species towards the North with changes in the climate. But species might also travel with people or with goods being transported.

“The fact that southern species are staying in northern areas, mating and raising their offspring here, demonstrates that the northern environment and climate are now inhabitable for them,” explained the arachnologist.

“This doesn’t mean that they might not die out in this area again with a few rough winters, but the closest populations of their southern species are now closer than ever before,” added Aveliina Helm, an environmental scientist at the University of Tartu who helped conduct the study.

Spiders play a central role in ecosystems – they are the most important predators in the insect world. By studying spiders, it is possible to determine which relationships are present between species in one ecosystem and what the general health of the environment is.

According to Meriste, as most of spiders are so-called generalists when it comes to food – they eat anything they can handle – the diversity of spider species points to an abundance of microhabitats and the relative stability of the community or the scarcity of catastrophes. It also points, perhaps, to the age of the community.

Open and flowering alvars are back!

The extensive study of spiders was conducted with the support of the Environmental Investment Centre (EIC) to find out how the restoration of alvars affects biodiversity.

It is part of an even larger project which helps scientists understand the ecosystem of alvars as a whole and discern the state of numerous groups of species that inhabit them prior to the large-scale alvar restoration projects which are unprecedented in Estonia.

These rare alvars can only be found in Estonia and in Sweden, and without their restoration, and subsequent grazing, their biota would be in grave danger.

Since 2016, western Estonia and its larger islands have witnessed the restoration of more than 2000 hectares of alvars with more than 500 hectares still to be restored. Thus, many groups of organisms and species living on the alvars that were previously disappearing due to overgrowth are now being given their rightful habitats back.

This is one of the largest restoration projects in Europe for preserving the biodiversity of valuable meadow communities. It has also been covered by the British science magazine New Scientist.

Immediately prior to the restoration work, extensive fieldwork was conducted on the alvars. In addition to spiders, the fieldwork also covered a thorough study of vascular plants, mosses, lichens, butterflies, beetles, myriapods, aculeates, bumblebees, mycorrhizae and birds found on the alvars.

“We went out to see what lived on the alvars,” said the leader of the research, one of the world’s most referenced environmental scientists and plant ecologists, Aveliina Helm.

“Current data on the condition of many biota groups is incomplete and if we wish to know how restoration work affects the biota, we need to know what actually lives on alvars. This is classic natural exploration in its best sense,” added Helm.

Such fieldwork was very popular in the middle of the 20th century. According to Helm and Meriste, scientists would conduct more of them, but, due to the high price, it has become a fading phenomenon.

Mart Meriste wanted, first and foremost, to find out which spiders live on Estonia’s alvars, but the pitfall traps also caught other creatures: myriapods, beetles, heteropterans, wasps and ants. When news of this fascinating material spread, scientists interested in these specific groups of organisms excitedly – and voluntarily – rushed to spend their evenings identifying the organisms under a microscope instead of watching TV at home.

True, this work isn’t cheap either. But when the even more expensive fieldwork has already been completed, and the biological material simply falls into their hands, the scientists’ enthusiasm outweighs the costs.

“What they do and have done is very much appreciated,” Helm and Meriste agree, as the information they have gathered on the biodiversity of alvars is even more thorough than initially anticipated.

For example, Mari Ivask, a professor at the Tallinn University of Technology, is passionate about centipedes and millipedes and she identified 29 species of them in the pitfall traps for spiders. Of these, six species were also new to Estonia.

“The study of Estonia’s alvars is probably one of the largest cooperative projects between universities in the field of natural sciences,” rejoiced Helm.