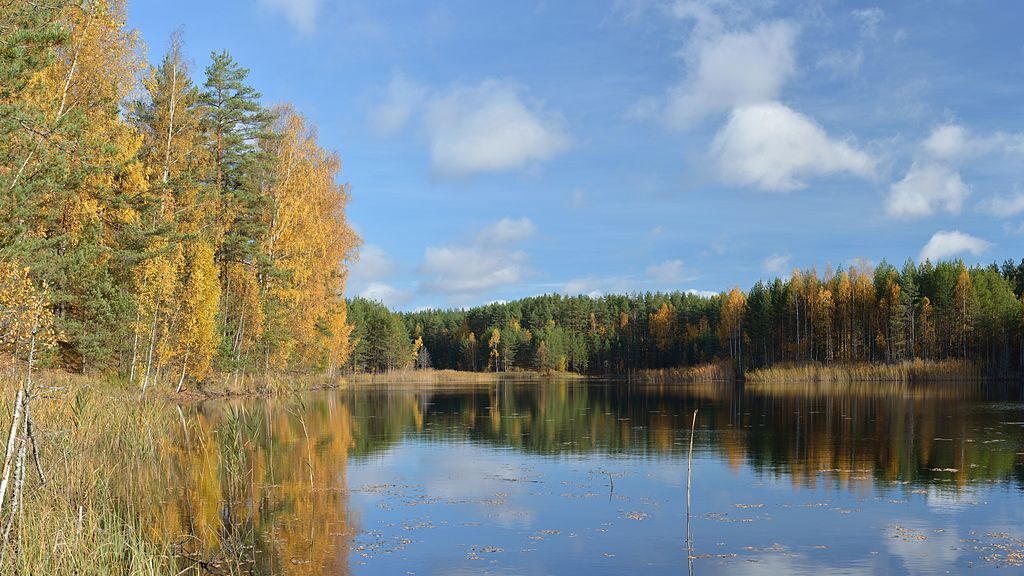 Marko Vainu from the Tallinn University School of Natural Sciences and Health defended his thesis looking at the large changes in water levels at the Kurtna lake district within the past 70 years, and the role of groundwater in closed-basin lakes.

Kurtna is the home to the biggest density of lakes in Estonia – a 30sq.km area has almost 40 lakes. Even though the area is under Estonian and European Union protection, the area itself is heavily influenced by humans.

“The lakes are surrounded by shale, peat and sand mines, and the centre of the lake district has pumps for drinking water and raw water. The level of water in the most valuable lakes in the centre of the district (Martiska, Ahnejärv and Kuradijärv) has fluctuated by up to 4 metres since the 1950s, which has had negative effect on their ecosystems,” explained the author. He added that while up to now the explanations as to why the water levels kept changing were based on descriptions and speculation, the thesis will explain the fluctuation based on calculations and measurements.

“It turns out that the most influential factor in the changing of the ground water level has been the pumping of water for drinking and other uses. This caused the biggest dips in levels in the 1970s, as well as the 2010s,” Vainu said. Other factors have been the changes in the vegetation in the area, and the variation of wetter and drier climate.

“The lakes I researched can be described as flow through pools for ground water, where the water level rises and falls with the ground water in the surrounding area. This is the first time we have ever directly measured ground water exchange in the bottom of Martiska lake, and it shows that ground water keeps flowing toward the wells. The sudden increase in pumping in 2012 enlarged the groundwater usage area to an extent in which the water level in the lake fell by 1.8 metres,” the author explained. Thus, using a concrete example, the PhD Thesis acts as a warning to show what processes take place when, in layman’s terms, people and lakes start fighting over the same ground water resources.

This is the first research in Estonia that focuses on the interaction of lakes and ground water. There is also no recorded data in the world about ground water measuring before and after an increase in ground water usage. The thesis is also scientifically interesting for discovering that ground water can infiltrate the lake through many metres of mud. Most models for calculating water flow in lakes consider that there is no water flow through mud. The author says it is vital to find a compromise in providing drinking water in Ida-Virumaa without completely destroying the lake ecosystems at the Kurtna district. A research toward these compromises has already begun as a cooperation project between the Environmental Board, Tallinn University Institute of Ecology, and the University of Tartu Department of Geology.

The wider significance of the thesis is to provide a cautionary example for managers and aspects to consider in research for scientists dealing with closed-basin lakes in similar hydrological and geological settings elsewhere around the world.

As decreased water levels affect the functioning of lake ecosystems, a repetition of scenarios similar to that in the Kurtna Lake District should be avoided elsewhere. Therefore it is of utmost importance to identify groundwater-dependent surface water bodies and the mechanisms of the interactions before certified groundwater yields are set and water abstraction from the aquifer is started or the abstraction rates increased. „Also the full range of possible variability of the local meteorological conditions has to be taken into account. Otherwise it is not possible to assure sustainable management of water resources and to preserve valuable ecosystems,“ the author said.

The full thesis can be accessed via the TU Academic Library e-depository ETERA here.