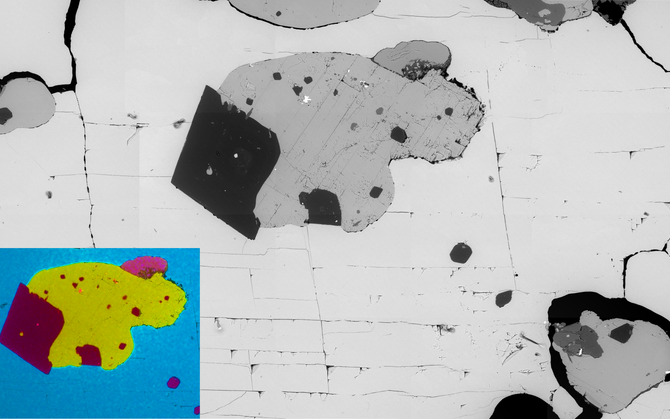 An international research team including  Estonian geologists studied two-billion-year-old salt deposits, the oldest known evaporate deposits on Earth, discovered during deep drilling in Karelia, Russia. The analysis of sedimentary rocks buried today about three kilometres depth allows to study the chemical composition of planet’s first oceans and the formation of an oxygen-rich atmosphere.

The Earth’s geological history is illustrated by several large revolutionary changes, which have had a significant impact on the development of Earth as a system and on the formation of modern environments. One of the most important events was the so-called Great Oxygenation Event, the first appearance of oxygen in our planet’s atmosphere. This event is thought to have been caused by the acceleration of photosynthesis 2.3 billion years ago, and even though the atmosphere’s oxygen content was probably only 1–10% of which it is today, it essentially changed the entire planet as we know it.

Until recently, the scale and duration of this extensive environmental change has been a source for debate. Was it only a temporary rise in oxygen content that dissipated about 300–400 million years later or something fundamental and extensive that, in addition to the atmosphere, also impacted the oceans? Current knowledge on the composition of sea water at the time has so far been incomplete, mainly because the lack of  well-preserved sedimentary rocks from early Earth that can only be found in very few places.

In last decade, an international research team with leading participation of  Estonian geologists has studied two-billion-year-old salt deposits, the oldest known salt deposits on Earth, discovered during deep drilling in Karelia, on the western shore of Lake Onega, Russia. These sedimentary rocks consist mainly of rock salt, calcium sulphate and other magnesium, potassium and sodium sulfates that are also characteristic of today’s evaporate salt deposits.

Results of this study recently published in the scientific journal Science show that sea water about two billion years ago had a very similar composition to today’s sea water – the content of sulphate was four times higher than anticipated earlier reaching at least a third of today’s content. This in turn means that the Great Oxygenation Event lasted long enough and was intense enough to change the composition of sea water by the oxidation of terrestrial rocks and increased flux of sulphates to the ocean. This started a chain reaction catalysing significant changes in global and biologically significant carbon, sulphur and phosphorus cycles.

Salt deposited in Onega basin are also a unique archive for studying other aspects of the ocean water evolution and significantly higher sulphate content of sea water  about 2 billion years ago is important aspect to be considered in further studies of the environmental changes of that time period and for interpreting paleoenvironments.

This study is the result of more than 10 years of fruitful international cooperation that centres around the work of the Institute of Geology at the Karelian Research Centre of the Russian Academy of Sciences, the Geological Survey of Norway, the University of St Andrews, University of Princeton and the University of Tartu as well as many other research groups aiming at the understanding of the Earth’s early environments.