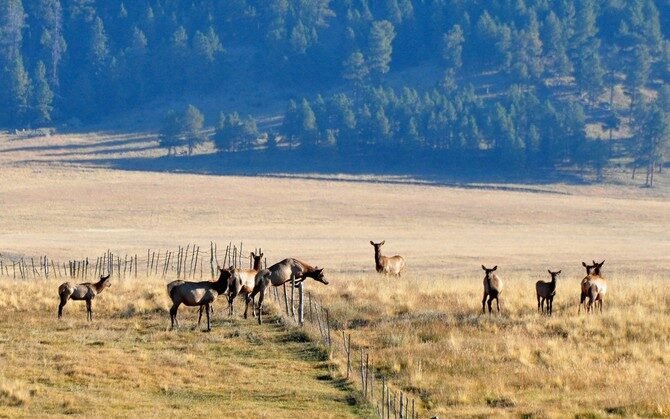 Imagine that nations were defined by strict state borders, so that, for example, people living on one side of the German-Polish border were all naturally considered to be Germans and people on the other side Polish. Also, it would be assumed that cross-border communication was only platonic.

Understandably, such an approach does not describe the actual situation as nations have mixed together, especially in border regions. However, this is exactly how the populations of wild animals have been divided so far – with sharp lines and without considering smooth transitions and the intermixture occurring in reality.

A new method for describing and mapping animal populations based on gene data has been developed jointly by the University of Tartu, the Norwegian Institute of Bioeconomy Research, the Norwegian University of Life Sciences and the Norwegian Institute for Nature Research enabling us to significantly improve our understanding of what is happening in nature. This information is necessary not only for protecting and managing game populations, for example, but also for planning wildlife crossings for highways and railways, such as Rail Baltic.

“When terrestrial species inhabit ocean islands, like Darwin’s Finches, then it is true that populations of different islands are separated from each other and are clearly defined. In time, clear differences also become established in gene frequencies. However, most animals live and move more freely and without clear borders. This doesn’t mean that the populations don’t differ genetically, but the transitions between these differences are much smoother. So far, there hasn’t been a methodology for describing such a situation that would be based on the assumption of indistinct borders,” explained Jaanus Remm, a zoologist at the University of Tartu, describing the situation in the forest and in global science. “Most scientific research has been conducted with the assumption that populations have specific borders, despite the fact that, in most cases, genetic lines of different origins are actually closely interwoven in border regions.”

When thinking back to an encyclopedia and the distribution areas of the world’s animal species depicted there, they were usually drawn on the map as large blotches with clearly defined edges. In practice, gene differences of many animal groups change smoothly and the map depicting populations should look more like a mountainous region describing altitudinal zonation where landscapes are illustrated with the help of various colour transitions.

“Dividing European people into genetic nations would probably be wrong. In reality, we’re looking at a big mishmash with no clearly definable nations. Some countries have a higher frequency of some genes and other countries other genes, but the transitions are actually very smooth,” explained Remm.

The theory and solution that gained a lot of attention in the scientific community of this field emerged from the weekly seminars for graduate students at the University of Tartu’s zoology department. This shows how important it is in science to share and reflect ideas and hold discussion alive. The fact that it took nine years to test the theory, analyse it thoroughly and formalise it into a scientific article shows that putting a logical solution into numbers might be more complicated than initially seems.

What is better now?

“As a result, we now understand nature better. Good understanding is always a prerequisite for good implementations and right decisions,” Remm emphasises.

What are the problems in animal populations that require such accurate information for solving? With small separated animal groups, the problem is inbreeding, as it weakens the population genetically. It is also important to know how alien species spread and to identify migration barriers and migration corridors. For example, do Russian bears come to Estonia over the River Narva or through Pihkva Oblast or rather over Lake Peipsi? Incidentally, with regard to the project for the border fence to be built, the movement of wild animals is an unsolved issue.

“The local population of the Scandinavian brown bears is very special as it was basically rescued from extinction. At the beginning of the 20th century, Sweden and Norway decided they wanted to clear their lands of bears and they nearly succeeded. The abundance of bears declined rapidly and, in the end, there were only a couple hundred brown bears left living in Sweden. Fortunately, the attitude of the governments changed and, in the middle of the century, the species became protected.”

“One of the problems in Norway that definitely needs a solution is how to grow livestock and maintain the populations of large predators at the same time. Discussions on this topic are heated and emotional,” added Schregel.

For studying Scandinavian bears, scientists first needed gene samples, so copious amounts of bear droppings were collected from all over Norway and Sweden. They also used novel hair traps to gather fur samples for DNA analysis. Samples from 1,530 bears in total allowed scientists to analyse what happens in nature on the basis of individuals and to reassess the actual state of bears in that area.


A “hair trap” is a barbed wire installed at the height of 50 cm with animal blood, fish offal or other strong-smelling substance beside it as bait to attract bears. When bears climb under and over the barbed wire, DNA-containing hair gets snagged by the wire for scientists to study. This method doesn’t harm the bear. Video: Julia Schregel.

As it turned out, instead of the four bear populations identified with previous methods, there are only three in Scandinavia. Based on the new results, two populations that were previously considered to be separate were now classed together.

“These borders between the populations were basically put there arbitrarily (probably due to the lack of good knowledge). The assumption that there are clear borders between populations that are, for example, related to some unidentified dispersal barriers might lead to some rather expensive implementation decisions. In reality, however, the transition is smooth; the neighbouring populations are well-connected and support each other. Contemporary scientific research is often quite expensive but the subsequent implementation projects are many times more expensive (e.g. resettlement of animals, creation of habitats, construction of green infrastructures),” Remm says, explaining why it makes a great difference whether there are three or four genetically distinctive animal groups. 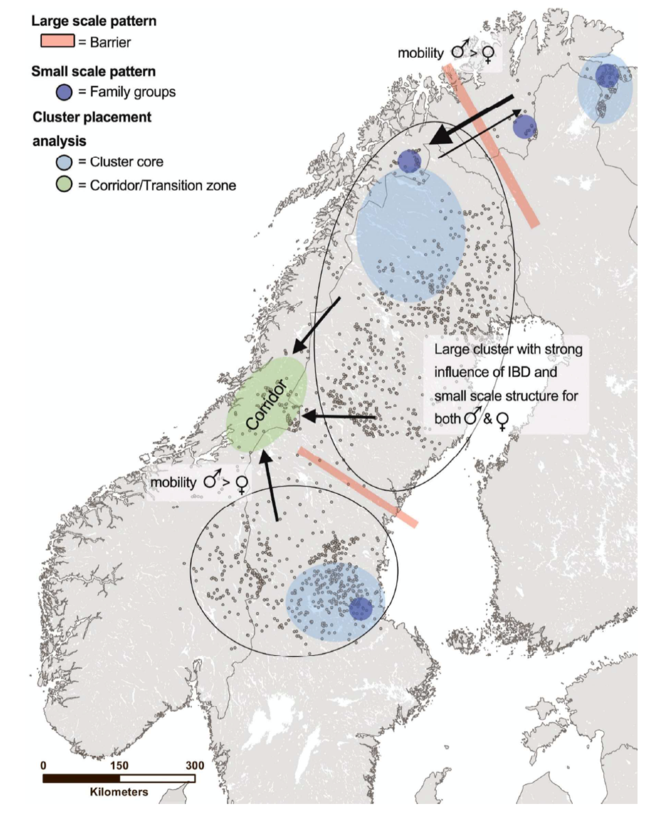 Scandinavian bears are divided into three groups that are separated by two gene transfer barriers – one in central Sweden and the other in Northern Lapland. The largest, middle subpopulation was previously divided into two but considering the natural dispersal barriers of the bears owing to the geographical size of this area, it turned out that there is no reason to separate them.

Urmas Saarma, a leading research fellow at the University of Tartu who participated in the project, expands on this idea further: “This method allows us to analyse population processes occurring on a very large geographical scale (Europe, Eurasia) as well as locally, e.g. in Estonia. This is a spatial genetic method, which has many advantages and can substitute extensive telemetry studies that, on large territories, would require large amounts of animals to be captured and equipped with GPS trackers, which would however be extremely difficult and very expensive.”

Secondly, the methodology helps to organise the “jumble” that is often present in these kinds of data sets and to differentiate between patterns with different spatial scales. Among larger populations there are also smaller distinct groups. “Just like the sea has waves and on top of large waves there are additional small ripples, many mixed structures in a population pattern can now be looked at individually, separated and analysed one by one,” explained Remm.