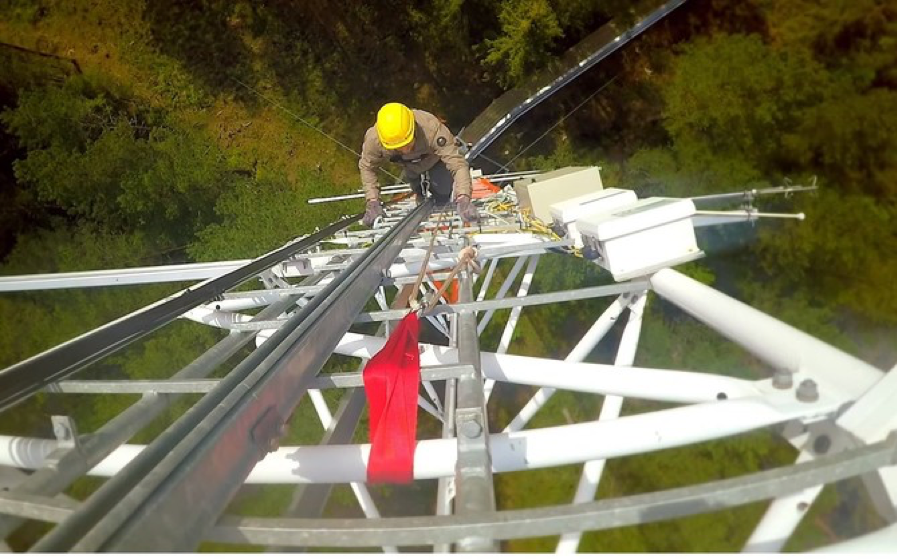 Research station SMEAR located at Järvselja in Tartu County is one of the stations in an international network of stations measuring the atmosphere.
Share

Scientists at the University of Tartu and the University of Helsinki discovered that pine forests produce air particles, which contribute to the formation of rain clouds. The discovered molecular mechanisms help us better understand atmospheric processes as well as the human influence on the climate.

The atmosphere consists of many components, some of which have very high concentrations, such as nitrogen and oxygen (> 99% in total), and others have very small ones (only a millionth). However, the amount of a component is not an indicator of significance, as compounds with very low concentrations are often the ones that determine air contamination and the climate. One example of such compounds is organic compounds that make up only one molecule per every one hundred million air molecules.

Particle formation processes have taken place on Earth for as long as there has been an atmosphere and clouds. Small, nanometre-sized particles, which cannot be seen with the naked eye, are the ones behind cloud formation and the recently published research focuses precisely on these particles.

“This discovery is very important for understanding the processes in the atmosphere related to the development of particles and cloud droplets,” emphasized Heikki Junninen, senior research fellow of environmental physics at the University of Tartu. “Clouds regulate the energy balance of the planet and, through this, its climate as well. The formation processes of many of these particles that act as condensation nuclei for cloud droplets, are only now being discovered.”

Atmospheric processes and the formation of clouds are significantly influenced by several different particles found in air masses, including anthropogenic sulphur oxide induced particles. As a result of human activity, not only has carbon dioxide been emitted into the atmosphere but also other compounds such as sulphur oxides. Sulphur oxide emissions increased during the industrial revolution (at the end of the 18th century) with the development of industry, transport, manufacturing and mining. Prior to this period, the sulphur oxide levels in the atmosphere were significantly lower.

For a long time, it has been unknown to scientists which processes in the atmosphere before the industrial revolution took place without human influence. This research provides a clue regarding the role of the coniferous forests of the temperate climate zone in these processes.

“Like rainforests, Estonian forests also possess the ability to produce rain for themselves. However, even in rainforests this process is not understood on the molecular level, which is thus one of the focuses of the published article. We discovered the mechanism by which boreal forests produce particles which rise to higher air levels, form clouds and, with the presence of sufficient water vapour, produce rain. It is highly likely that before the advent of human interference – the explosive industrial development – this was the prevalent mechanism. Therefore, this discovery could be compared to a discovery of a new living fossil,” explains Heikki Junninen.

This discovery is the result of highly intensive development in measurement technology. In addition to forests, simultaneous measurements have also been taken in the CLOUD (Cosmics Leaving Outdoor Droplets) measuring chamber at CERN, where the discovered mechanism was produced artificially in laboratory conditions. However, as we know, nature is very diverse and even the emissions by vegetation may be very diverse.

According to Heikki Junninen, the discovered formation mechanism of atmospheric particles is characteristic to coniferous forests of the temperate climate zone, but data on mixed and deciduous forests is incomplete. There are many other biotypes and the role of these as a component influencing the climate has not been studied sufficiently. Even now, a study on the processes in a mixed forest of the temperate climate zone is under way at Järvselja in Tartu County.

The published research was completed in Finland at the research station SMEAR II for atmospheric observations in collaboration with the University of Helsinki.