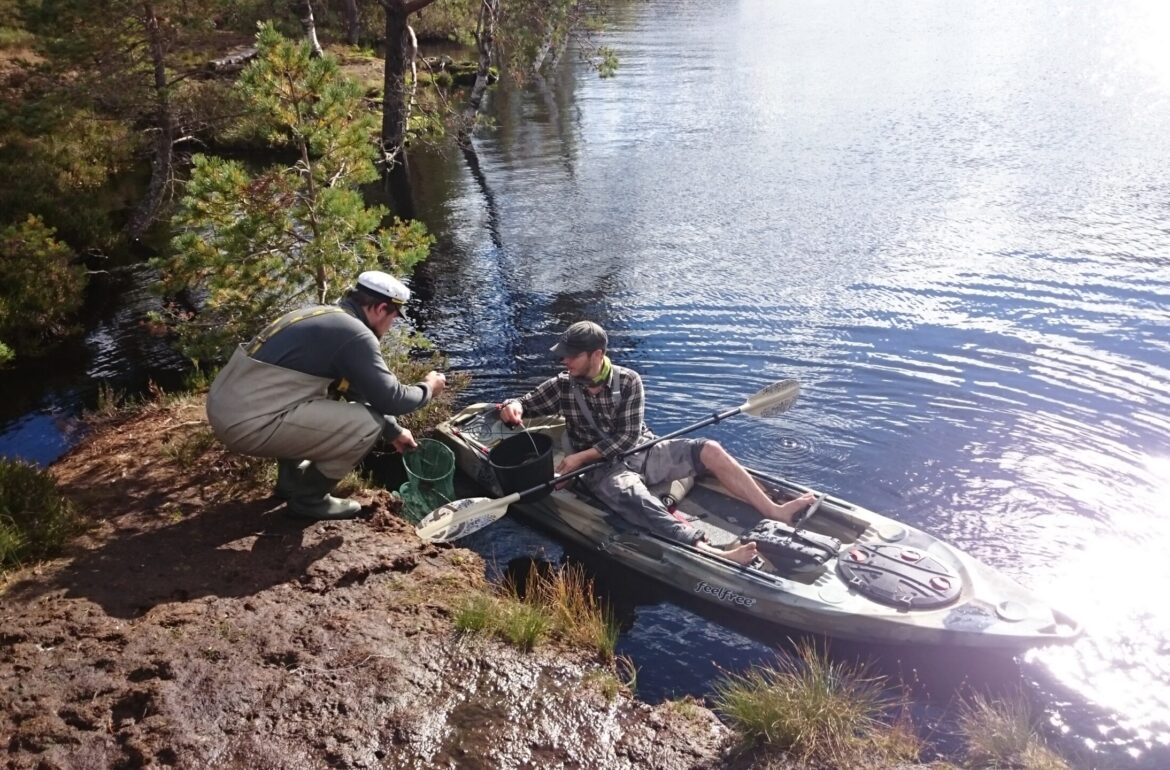 In a study published recently in the scientific journal G3: Genes, Genomes, Genetics, researchers from Estonian University of Life Sciences in collaboration with colleagues from University of Turku assembled Eurasian perch (Latin name Perca fluviatilis) genome, which is three times smaller than the human genome, yet contains about a billion nucleotides and more than 23,000 genes. The investigated perch originated from the dark waters of lake Loosalu in the midst of the bogs of Rapla county. The results of the research enable scientists all over the world to better understand the effect of natural selection on genome.

The Eurasian perch is a very common fish species in Estonia and Eurasia. Its habitat ranges from the British Isles to the Russian Far East. The species can live and successfully reproduce in extreme environmental conditions. Therefore, we can find the perch in oligotrophic clear-water lakes, the brackish waters of the Baltic Sea and acidic dark-water bog lakes where other fish species cannot survive. However, it is not known yet what kind of genetic mechanisms have helped the perch adapt to so different living conditions.

The perch is an important link in the food chain of the water bodies. It was discovered recently that the striped fish has a huge impact on the methane cycle of lakes. The perch can namely reduce methane emissions to lakes almost tenfold by changes in food chain. As methane is a much more effective greenhouse gas than carbon dioxide, the perch plays an important role in the reduction of global warming. „This is why it is especially important to understand the adaptation mechanisms of the perch in bog lakes poor in oxygen (and rich in humic substances) where methane emission is the highest and the perch is often the sole fish species,” said the ichthyologist Anti Vasemägi, professor at Swedish University of Agricultural Sciences and senior researcher at Estonian University of Life Sciences, who led the research.

According to Vasemägi, the assembled genome is a significant milestone both in Estonian and international context. „Compared to the previously studied fish species, the genome sequenced by us is of high value as we used innovative methodology based on separate marking of long DNA molecules and determining the sequence of the short ones,” Vasemägi described. The scientist said that the applied methodology allows sequencing even large genomes quickly, comparatively cheaply and precisely, during which the exceedingly difficult task of matching the genome together is divided into millions of lesser puzzles. Due to this, it is finally possible to conduct studies covering the whole genome of different fish species. Vasemägi added that the easiest way for grasping the size of the genome is by converting its measurements understandably to humans. „If you imagine that the length of one base pair is one millimetre, the perch genome can reach from Tartu to Berlin,” he denoted, adding that the next task for the research group is mapping genome regions, or kilometre posts on the route from Tartu to Berlin that contain traces of natural selection.”

What’s more, the perch is an important commercially exploited fish species and also a very popular target among recreational fishermen. Due to its delicious taste, its farming has started in many locations in Europe. “Sequencing the perch genome enables scientists to map the regions of the genome that affect the fish’s growth rate, time of reaching sexual maturity, resistance to diseases, and other important aquacultural characteristics,” explained professor Riho Gross, the chair of the Chair of Aquaculture at Estonian University of Life Sciences. Sequencing perch genome will simplify similar studies in North America where a close relative of our perch, the yellow perch (Latin name Perca flavescens) is widespread. Sequencing perch genome is just the first step towards understanding which evolutionary mechanisms have made the perch one of the most successful and widespread fish species in temperate Eurasia, Vasemägi concluded.