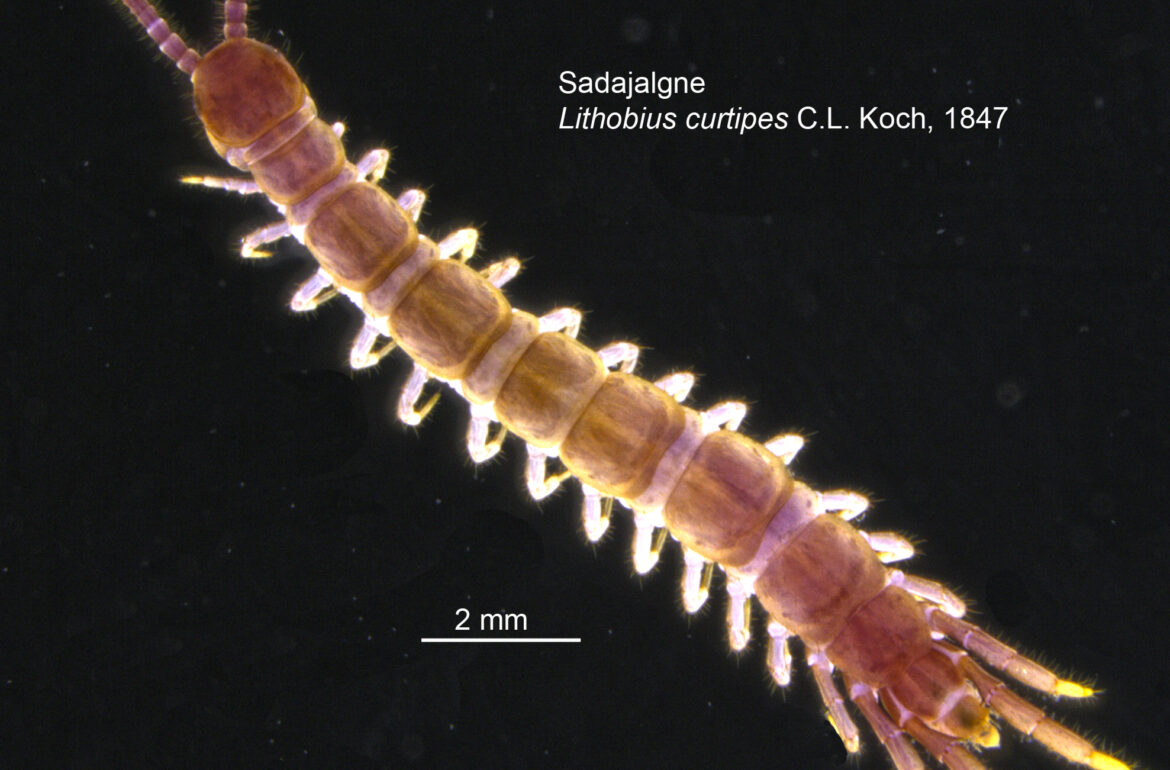 Due to its biodiversity and probably huge number of taxa waiting to be discovered, soil fauna has been called the poor man’s rain forest. If a researcher cannot head for a collecting trip to the tropics at the moment but wishes to discover something new, one can take along a shovel and start digging in the home forest or meadow.

“A significant part of the surrounding biodiversity is invisible to the naked eye and concentrated into the soil, which is habitat for various mites, springtails, myriapods, nematodes, annelids and various other groups of animals,” described doctoral student and junior researcher Kaarel Sammet, the leading author of the research paper from the Chair of Biodiversity and Nature Tourism at Estonian University of Life Sciences. He added that most animals in the soil are quite small, which is why studying them takes good microscopes but definitely also previous experience.

Taxonomically, the subphylum Myriapoda belongs to the phylum Arthropoda and they can be both herbivores and saprophages (millipedes, pauropods and symphylans) or predators (centipedes).

In the course of about ten years, samples from 300 localities were collected all over Estonia. From the recent material and older material from zoological collections more than 5700 individuals were analysed. Data from previous publications were critically summarised as well, Sammet said. “A total of 52 species of Myriapoda were found in Estonia and 13 species of them for the first time. Six species were found to be at their range limits.”

When comparing earlier data with the new ones, changes in habitat or occurrence of several species could be noticed and at least one species has been introduced by humans, concluded Sammet.