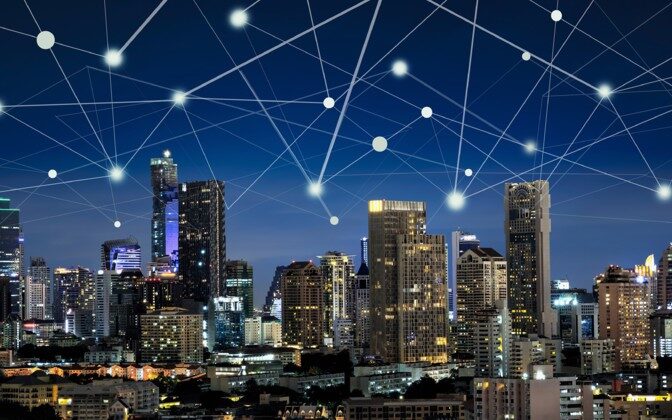 The extremely fast 5G network is vital to the automated industry as well as the Internet of Things, such as self-driving cars. For devices to be able to cope with increased data flows, the fleet connected to the Internet of Things must also be updated accordingly. For about ten years, graphene has been the key technology for taking electronic devices into the new era.

A scientific article published recently in Nature Reviews Materials analyses the possibilities of using graphene in the future “world of the Internet of Things”. The largest scientific project in the European Union – the ten-year technology partnership Graphene Flagship with a budget of one billion euros – is working towards making the 5G communications network a reality. Many scientific centres and companies such as Nokia and Ericsson are working towards realising the applications of graphene described for a long time as a wonder material. Within a partnership programme, scientists at the University of Tartu are also creating a mobile phone sensor that is less than a square millimetre in size, which will warn its users when they are in an environment with polluted air.

It is thought that by 2020 there will be more than 12 billion devices in the world with an Internet connection: from cars to coffee machines. The next generation data transfer is already largely occurring with the help of photonics (instead of the current electronics) or light, and graphene is one of the key materials here. With the help of graphene, it is possible to make our devices compatible with the necessary requirements for using a 5G network, enabling ultra-fast data transfer and reducing energy use at the same.

A graphene nose being developed by Tartu’s scientists

“Graphene is a one atom thick carbon material. It can be imagined as if drawing a line on a paper with a pencil and graphene sheets being left behind”, explained Raivo Jaaniso, a senior research fellow of materials science and applied physics at the University of Tartu participating in the project.

In fact, carbon is an ideal base material for binding various functional molecules. These bonded extra molecules are what make the ordinary graphene layer a sensitive sensor which can detect various substances in the air starting from vehicles’ exhaust fumes to poisonous ammonia.

Within the big international 10-year graphene project, Estonians are promoting the activities of the health and environment package. In total, over one hundred parties are participating in the graphene project and the object of the project is to develop new products and services – graphene is such a universal material that there are no limits to its applications. An important aim is to improve people’s lives and health.

“Today, the biggest environment-based health risk comes from air pollution. If we had smart devices that could determine air quality, people would be much more aware of this and could see the air quality in their immediate location”, said Jaaniso excitedly.

The much-talked-of and long-awaited, ultra-fast 5G mobile standard enables data transfer rates of 100 Mbit/s in populated areas, which opens up new opportunities for residential consumers as well as industrial enterprises. Many services that are still not widespread due to deficiencies in the connection speed will become available for easy and fast usage such as a storage medium-free office (cloud service that is fast and easy to use), domestic appliances and industrial machines that can operate, be controlled and monitored in real-time, self-driving cars and other services controlled by artificial intelligence (AI). Smart City is a vision of the future which is being worked towards at present and which has a 5G network that is used by devices communicating with each other and being controlled by AI.

Even so, with 5G, it is not the benefits of the home users’ Internet of Things that are primarily being emphasised, but the possibilities opening up for industry: industrial automation and surveillance systems, live 360-degree video feeds, altimeters of airplanes and self-driving machines, security systems, positioning equipment, all kinds of sensors and other developments.

What are the obstacles that graphene solves?

“The data transfer capability limit of classic electronic devices and copper cables has been reached by now – the laws of physics do not allow more. Therefore, there is a need for completely new technologies”, explains Wolfgang Templ from the development centre of Nokia Networks in Germany. “And it is exactly the photonics replacing electronics and graphene as a new semiconductor material that are expected to be the breakthrough.”

“Our goal is to take optical data transmitters and receivers to a level which enables to transmit and receive ultra-high data volumes, that is, more than one terabyte in a second”, says Templ explaining the goals.

In addition to having a highly conductive channel for electrons, the flow of electrons, for example, in computers, also needs to be turned on and off constantly, its speed changed, etc. Millions of extremely small transistors are used for this purpose that can be reduced to almost nothing with graphene.

“The most important element of microelectronics is a field-effect transistor. It has three electrodes with an electric current flowing between two of them and the third one regulating the flow rate. It is like a water tap or a mill dam. The electrodes even have analogous names: the source, the drain and the gate. Nanoscale transistors based on graphene and other two-dimensional materials would allow the switching speed of the current to be increased and the power consumption of the device to be reduced”, describes Jaaniso when speaking of the advantages of the new material.

The large scientific project on graphene research is now at the halfway point and according to the participants, the progress made in five years is remarkable. There are ten industrial development stages in developing new technologies. First of these is the development of the first materials and theory in laboratory conditions, and the tenth is the final product. At present, the project is at the fifth and sixth stages where work is being done on developing and matching components produced on the basis of graphene.

The research on gas sensors by the scientists at the University of Tartu has reached the fine-tuning phase. By now, an extremely high sensitivity of the sensor has been achieved for recognising various toxic pollutant gases. The further objective is to increase the selectivity for various gases (for the sensor to differentiate between similar gases present in the environment at the same time), and to integrate the sensors on the microelectronic platform integrated to smart devices. And from there into everyone’s phones.

Finally – the story of the discovery of graphene!

As is usual with big scientific discoveries, the story of the discovery of graphene is unexpected and humorous:

Two men, Andre Geim and Kostya Novoselov, had a tradition of conducting playful science experiments on Friday nights at their home university in Manchester – just for fun, to keep their minds fresh. On one such night of science in 2004, they used Scotch tape to peel off thin layers of carbon form a graphite stick (basically the core of a pencil). By repeating this action, they discovered that eventually it is possible to achieve ever-thinner carbon layers until reaching a thickness of only one atom – and graphene was discovered! In less than six years, this discovery brought the men a Nobel Prize.

By now, graphene research has reached a phase which is expected to give rise to a new wave of technologies. In less than five years, smart phones with sensors developed by scientists at the University of Tartu might be measuring toxic gases flowing around in the air around us. Ultra-fast Internet, together with AI, is keeping an eye on what is going on at our homes, and self-cleaning surfaces eliminate the need for every-day cleaning. And all thanks to two physicists playing with Scotch tape and a pencil on a Friday night.