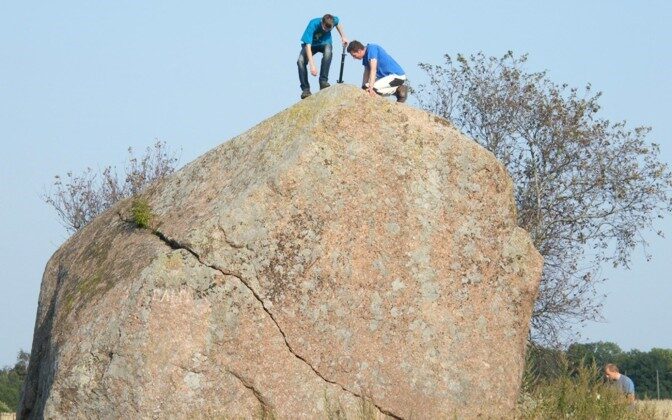 To prognose the weather and the ocean’s water level of the future, we have to study the processes that have occurred in the past. The glaciations of the ice age and glacial movements have designed Estonia’s current landscape. Scientists at the University of Tartu looked at what happened during the last glaciation at the maximum distribution of the Last Scandinavian Ice Sheet ca 20,000 years ago.

It is necessary to study glaciers of the past to understand today’s glacial movements in a warming climate. Their maximum extent, melting rate, its connection to climate change and the amount of water released are questions that need a spatio-temporal framework of events as accurate as possible to make regional and global generalisations about the creation of topography, development of landscapes, or changes in the ocean’s water level in the past, for example. However, determining the age of events in earth sciences is quite complicated and therefore the data available for one glaciated area is usually uneven. This directly affects respective interpretations and models.

The Last Scandinavian Ice Sheet, which was part of the most recent Weichsel glaciation, extended from the centre of glaciation in the northern part of the Gulf of Bothnia to the continental shelf of the North Sea in the west, to the territories of Germany and Poland in the south, and from the Valday Heights to Arkhangelsk and the Kola Peninsula in the eastern part of the glaciated area. The advance of the glacier occurred unevenly, and so the glacier already reached the edge of its maximum spread in the western part over 25 thousand years ago, in the south around 21–24 and in the east around 16–17 thousand years ago.

Unfortunately, data is scarce on the maximum spreading time of the glacier and the chronology of its subsequent melting in the south-eastern and eastern part of glaciation. To clarify this, a project was started as a cooperation between French, Estonian and Russian researchers, which will now and in the future complement data on the retreat of ice from these areas with sparse data.

When did the last Scandinavian Ice Sheet reach its maximum extension in NW Russia?

The chosen method was the common isotope method, which is based on determining the erratics’ surface exposure time. Large erratics have been scattered over the glaciation areas by glaciers. When the glaciers start melting, the boulders were left behind and were immediately exposed to cosmic radiation which initiates the formation of the 10Be isotope in the quartz crystals in the rock surface. Measuring the amount of this isotope gives an approximate time range for how long the erratic has been in its place.

The ages determined this way give a spatio-temporal image of the glacial retreat in the entire glaciation area. From there, it is possible to find the periods when melting was faster or slower, to find links with climate change and changes in the ocean’s water level. The latter is an emotionally charged issue even in the current climate warming period: if the present large ice sheets should melt, what would happen to the ocean levels? The answers are hidden in the studies of past glaciers.

A recently published scientific article takes a look at the limit and time of the maximum spread of the glacier at Valday Heights in north-western Russia. A remarkable amount of samples (32) was gathered from both sides of the presumable border of the maximum limit of the glacier, and the results show that during the last glaciation, the edge of the glacier stopped at Valday Heights about 20.1 thousand years ago, but did not cross the Heights. The maximum extent in Valday was achieved about few centuries later than in Belarus and in Lithuania, but according to current individual age determinations, even up to 3,000 years earlier than in the Vologda region at a few hundred kilometres north of Valday.

An important result of the study is the new age determinations, which have been made with a similar methodology as the studies conducted elsewhere in the distribution area of the Scandinavian Ice Sheet and are thus directly comparable and usable in regional models. However, new and exciting results on glacial retreat are still to be expected as the same study group has conducted several field works to collect data from a slightly wider area from Valday to Kola Peninsula. These shed light on the development of the region’s landscapes and a hydrographic network, but also, for example, on the assumptions of the early formation of human settlements.