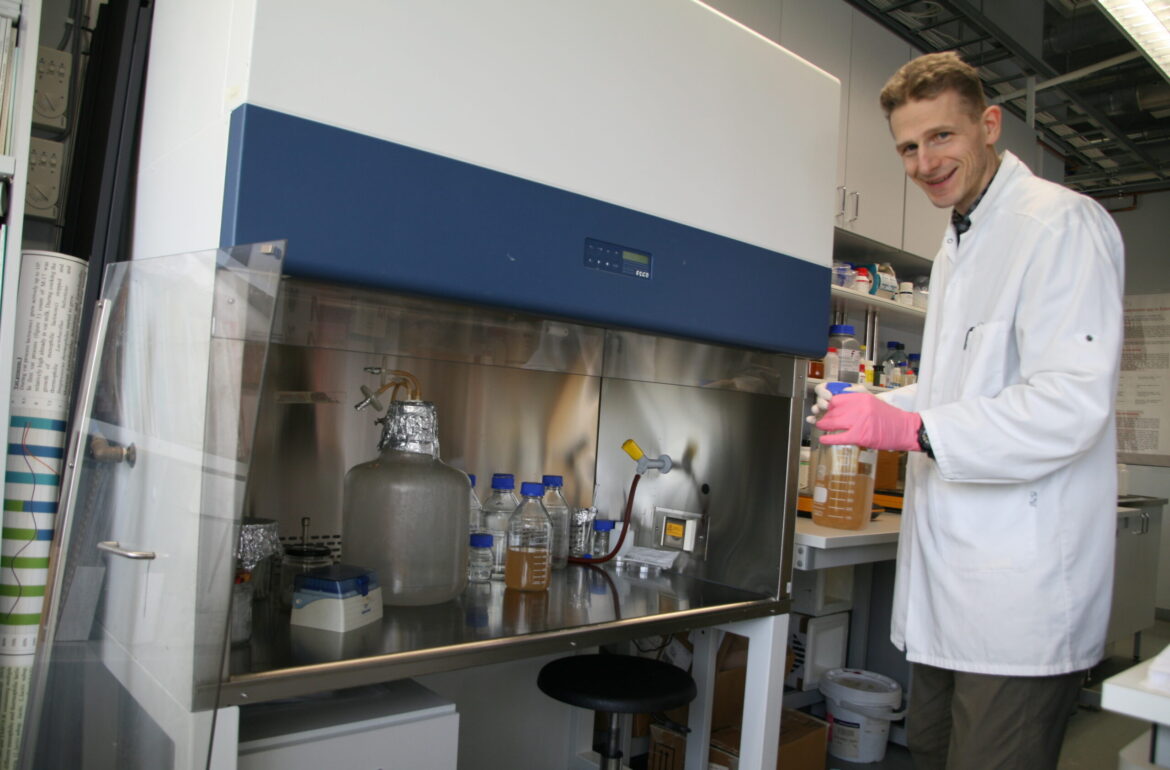 Recently an article “Selection of fast and slow growing bacteria from fecal microbiota using continuous culture with changing dilution rate” on the research of the scientists of Tallinn University of Technology was published in a prestigious peer reviewed journal Microbial Ecology in Health and Disease.

The Senior Researchers of TalTech Division of Food Technology Kaarel and Signe Adamberg have investigated the impact of gut bacteria on human health for almost 20 years. The article explains the in vitro evidence obtained in their latest study on how the food  transit rate influences the fecal microbiota composition and metabolism. An advanced cultivation method was used to distinguish bacteria from complex microbial consortia that are capable of growing at physiologically corresponding fast and/or slow transit rates. It can be assumed that faster digestion (transit) supports fast growing bacteria and is characteristic of people eating a high-fiber diet. Longer transit time of digesta supports slow-growing sub-populations, which occur in people consuming low-fiber, i.e. typical Western diet. When interpreting the transit rates into human physiology, in the case of slow transit the meal passes the gastrointestinal tract in 3-4 days, while in the case of fast transit it takes only 1-2 days.

How is the gut transit rate related to our health in practice?

“Approximately 30% of the dry matter of human feces consists of bacteria, the rest is non-digestible/undigested food residues and epithelial cell material,” one of the authors of the research paper, Senior Researcher of the Division of Food Technology, Kaarel Adamberg explains. “The longer the bowel transit time is, the more bacteria degrading food residues accumulate in the bowels. If the bowel transit time is excessively long, the percentage of bacteria increases and they start producing compounds that are harmful or toxic to the host. In addition, in this case the bacteria obtain their energy mainly from the intestinal mucus layer and may harm it and cause inflammation.

“The key is balance between fiber and protein degradation. The objective of our research was to distinguish the fast and slow growing sub-populations. Fast growing microbiota indicate that fiber degradation exceeds protein degradation,” Adamberg says. As a result, more organic acids (lactic acid, acetic acid, etc.) are produced, which provide energy for intestinal cells, activate the immune system, inhibit excessive appetite and regulate  acidity of intestinal contents. Furthermore, the fibers and organic acids increase the volume of the digesta, which activates bowel peristalsis by accelerating the movement of food along the gastrointestinal tract.

In case of a slow metabolic model, a significant amount of amino acids formed from proteins are degraded, changing pH more alkaline. In addition, protein degradation results in formation of several toxic compounds (phenol, hydrogen sulphide, etc.). Western diet usually also involves higher fat intake, which in turn increases the amount of bile salts in the gastrointestinal tract. Although this study did not focus directly on the impact of bile salts, they are known to inhibit the growth of several beneficial fiber-degrading and organic-acid-producing bacteria, and the degradation products of bile salts are also toxic to humans.

Kaarel Adamberg says, “By using a unique change-stat method, we carried out in vitro studies of the impact of transit time of digesta on the growth of gut bacteria and metabolism in general.” The gut transit rate determines the composition of gut bacteria, which in turn has direct impact on human health. Comparing the two different types of digestion rates, we can conclude that food can have a significantly greater impact on metabolic activity of the gut microbiota and human health than was previously thought.”

“Healthy, balanced, diverse and high-fiber food not only improves our well-being and supports suitable weight, but also helps to significantly reduce the formation of toxic substances in the human body, prevent inflammation and several chronic (modern) diseases,” Kaarel Adamberg says.