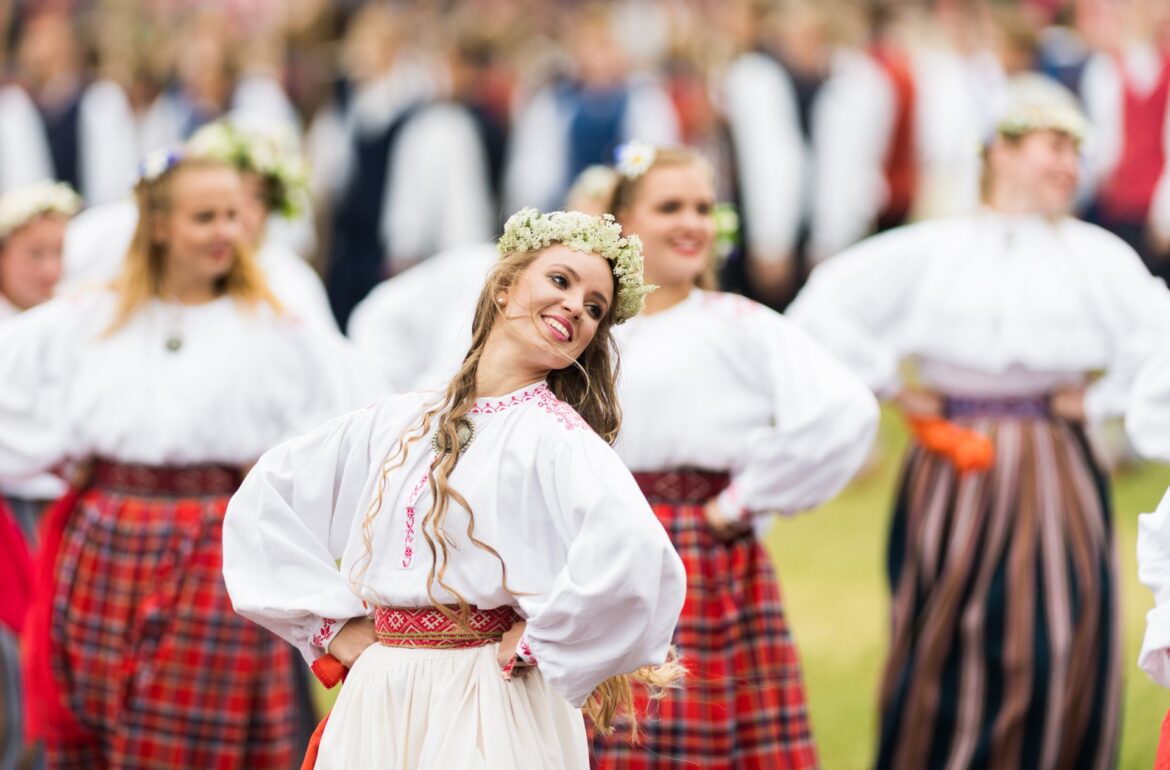 An analysis of genetic material isolated from about twenty Bronze and Iron Age skeletons suggests that Siberian influences appeared in the DNA of the people living in the area of Estonia the same time as the arrival of the Finnic languages.

The Uralic-speaking peoples who currently live in Europe and Western Siberia are primarily genetically similar with their close neighbours. Leaving the Hungarians aside, a fragment of the so-called Eastern component which may be associated with the Siberian peoples has been preserved in the genetic heritage of all of the westernmost Uralic peoples, however. The geneticists of the University of Tartu, Lehti Saag and Kristiina Tambets, write that it is also found in the genomes of the Khanty and Mansi people, the kindred peoples in Western Siberia, and the Nganasans living on the Taymyr Peninsula.

Among the Estonians, this component is particularly noticeable in the Y chromosome inherited through the paternal lineage which is “Eastern” in more than one-third of our men. In the case of influences coming from the East, the greater role was probably carried by the men who belonged to one type of paternal lineage. The rest of the genome has about five percent of Siberian influences. This differentiates us a bit from the other peoples of Europe.

This fact is particularly interesting because the arrival of Finnic languages in Estonia is also associated with coming from the East, primarily the Volga-Ural region. To date, it was not known when the Eastern influences arrived on the eastern shore of the Baltic Sea exactly.

See the authors introducing the findings in a video abstract of their Current Biology article:


To clarify the matter, scientists at the Estonian Biocentre of the Institute of Genomics of the University of Tartu joined forces with scientists at the Institute of History and Archaeology. Together, they studied the DNA of 15 people from the Late Bronze Age (1200–1400 BC) and 6 people from Pre-Roman Iron Age (500 BC – 50 AD) in the area of Estonia. Each full genome does not just characterise the person itself, but is a cross-section of the entire population which was probably not that big back then.

The study showed that as in the case of earlier settlement layers, the genetic heritage of the people of the area here has been changed with the coming of new cultures. For example, with the coming of farming during the Neolithic period, an important contribution of the heritage of steppe people which is dominant to date was added to the gene pool of hunter-gatherers here.

Analysis of the individuals of the Bronze Age stone-cist graves and the Iron Age tarand graves showed that newcomers also arrived after the Stone Age. Two archaeologically well-characterised cultural layers of the Bronze Age and the Iron Age differ much from each other. The culture of stone-cist graves is primarily associated with Scandinavian-derived influences, tarand graves with the Volga-Ural region.

When compared to the earlier stratification, the genetic heritage of the people buried in the Bronze Age stone-cist graves became more “Western”. The people of that time are also characterised by the fact that traits currently associated with Northern Europeans, such as light hair and skin, blue eyes and lactose tolerance, were already widespread among them.

What is even more exciting is the fact that the so-called Siberian influences, which were not present during the Bronze Age or earlier, but are characteristic of modern Estonians were able to be found in the genetic heritage of the individuals of the Iron Age tarand graves. Surprisingly, it is thought that the arrival of the Finnic languages in our area was in the same time period a bit more than a couple of thousand years ago.

It must always be considered that the spread of genes, languages and archaeological cultures may not follow the same path. One cannot draw an equal sign between the different disciplines. This time, however, these three sources tell the same story of the prehistory of our area. This may create interesting generalisations which can then be confirmed or proven false in the light of added data.

The future plan is to expand the grasp when it comes to space and time by focusing on the changes that took place during the Middle Ages in our area and close neighbourhood, as well as on the Iron Age stratification of the area between the Baltic Sea and the Urals.

The study was published in the journal Current Biology. The first author of the study was Lehti Saag, the project was managed by Kristiina Tambets. The work was conducted in cooperation with the archaeologists of the University of Tartu Valter Lang, Margot Laneman, etc. and it is a part of a research project of modern and ancient genomes of Eastern Europe coordinated by Mait Metspalu.