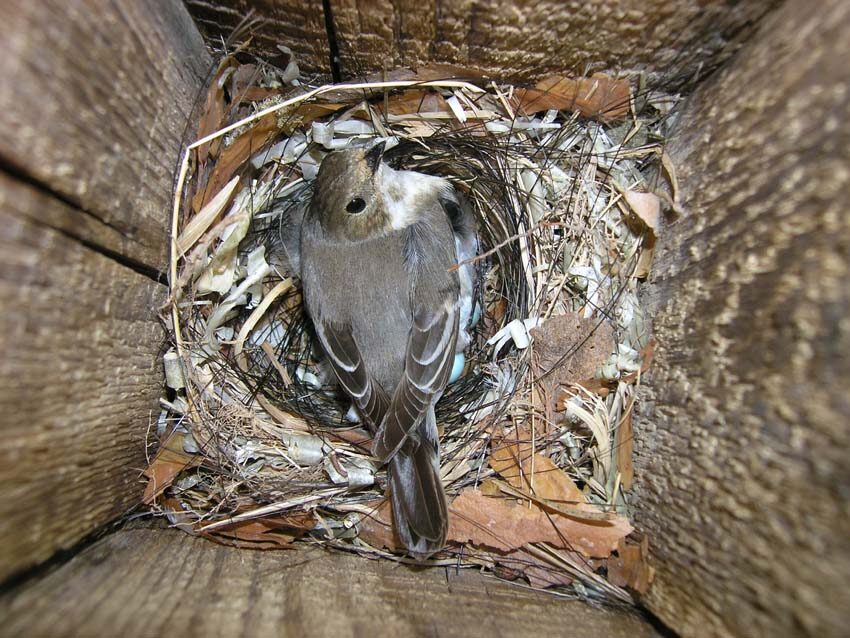 It is no news that constant stress has an adverse effect on the function of the organism and its organs, as well as on growth and weight. However, the exact correlation of prolonged stress to the growth of offspring in free-living individuals is unknown. Now, scientists from the University of Tartu have been taking a look at the European pied flycatchers in the forests of Kilingi-Nõmme.

In many birds, body size is associated with future success – the larger the chick grows, the better chance it has for surviving and reproducing next spring. We know that the organism can cope with short-term stress by mobilising energy reserves when stress hormones are released. However, the exact correlation of prolonged stress to the growth of offspring in free-living individuals is unknown; living in a predator-rich area with occasional alarm calls from conspecifics might be a source of chronic stress.

It was exactly the effect of prolonged stress on growing birds that the senior research fellow at the University of Tartu Institute of Ecology and Earth Sciences, Vallo Tilgar, studied in the forests around Kilingi-Nõmme in South-West Estonia using the offspring of the European pied flycatcher (Ficedula hypoleuca). As the presence of predators, i.e., a source of constant stress, is difficult to ensure in the wild, the stress was induced physiologically – stress hormone was administered to five-day-old nestlings which would be released to their organism regularly even in the case of an alarm. The growth and behaviour of these offspring was then compared to that of their siblings who received a physiological 0.9% NaCl solution that is safe for the organism.

Analysis of the blood of the nestlings involved in the study revealed that administering the hormone significantly raised the nestlings’ corticosterone blood levels – the hormone that mediates many stress-induced physiological processes in the organism – confirming that the nestlings had physiological stress. Weighing and measuring showed that the stressed chicks weighed significantly less and had shorter tarsi and wings than their siblings. The baseline corticosterone level in the offspring was also different – it was significantly higher in manipulated chicks compared to the ones that were given the saline solution; the breathing of the stressed offspring was faster as well, and haematocrit (volume of red blood cells in blood) was lower than in the other siblings.

In the case of an alarm, the blood corticosterone levels in the stressed offspring rose similar to the other chicks. In order to study nestling behavioural activity, they were exposed to the alarm calls of European pied flycatcher nestlings. When the behaviour of the siblings in a normal situation did not differ, the stressed offspring remained significantly calmer while exposed to alarm calls. Freeze behaviour supposedly reduces the predation risk of offspring because they can remain undetected by nest predators. Hence, this finding suggests an adaptive behavioural response of chronically stressed chicks towards predatory cues.

In conclusion, it can be said that even though prolonged physiological stress may have short-term benefits to nest-bound offspring through more effective freeze behaviour, it does not outweigh the negative effects of the prolonged, higher-than-normal stress hormone levels that inhibit growth and survival rate.