How gene scientists are finding links between past and future 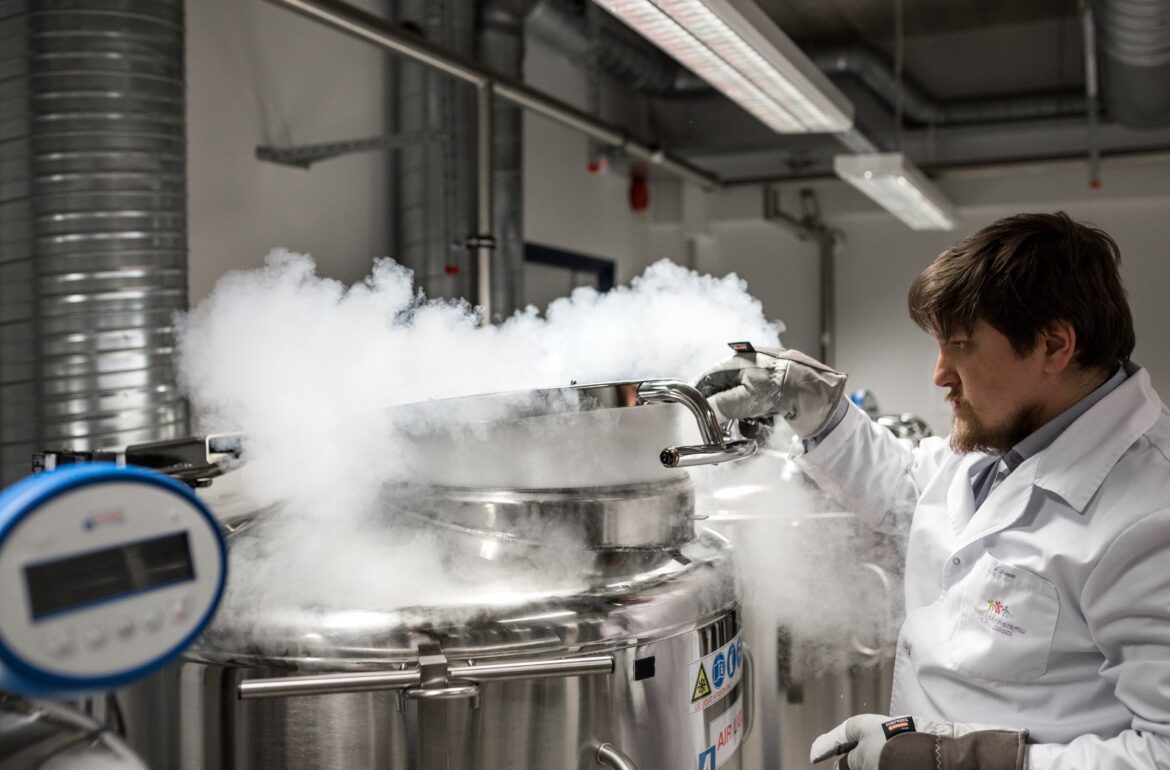 Estonian Genome Center at the University of Tartu. Photo by Renee Altrov.
Share

The outstanding research results from the Institute of Genomics at the University of Tartu are yet another example of how to have a global grip, while also focusing on the improvement of the homeland. Research in Estonia got an insight from the institute by its director Mait Metspalu and Vice Director Kristiina Tambets.

What is the mission of the Institute of Genomics and which fields are you working on?

Mait Metspalu: Our mission is to understand primarily the nature of human genetic variability, its source story and how genetic variability is associated with different genotypes and diseases. The Institute of Genomics is made up of four departments: The Estonian Genome Center with its Science Center, the Estonian Biocentre and the Core Facility. The Biocentre has mainly focused on the population genetics and evolutionary aspects of genetic diversity. We are interested in the differences between the population groups and the genetic acquisition story.

We also have an interest in adaptations because people live in very different areas where the physical environment and diet are very different. It is obvious that evolution has led to different adaptations in different regions. While scientists at the Biocentre are focused on genetic population approach of the different human populations around the world, the people at the biobank study the links between diseases and genetic variability.

What is in the focus of your research groups?

Kristiina Tambets: There are four major working groups in Estonian Biocentre whose work is very closely intertwined. One larger group deals with the genetics of the modern population and looks at the diversity of today’s populations. Another larger group deals with ancient DNA and doesn’t only explore modern humans, as it also asks which humans have ever lived on Earth. This includes people who have lived in the territory of Estonia and people from far away. All this variability is attempted to be incorporated into the overall genetic image of both Europe and the world.

In the ancient DNA group, we also try to separate DNA from different substances by different methods, whether these are bones or teeth from archaeological material. At the same time, there is currently one emerging trend for DNA separation from soil samples where no macrofossils are found.

We also have a group whose work has become classic and it focuses on mitochondrial DNA and Y-chromosomes. This has been addressed in the Estonian Biocentre since 1994 and thus the demographic history of the mother and male lines, i.e. men and women, can be viewed separately. Altogether, our knowledge of present-day genetic diversity can be compiled from all these studies.

There is also a group working on cell stress, which examines the environmental impacts on the example of cell models. For example, we look at how cells withstand stress and what mechanisms are triggered by stress. This part of the Estonian Biocentre’s work also involves a bit of functional testing. All of these are in the focus of our investigation today.

Overall, it is well known that Estonian gene scientists are at the top in the world. Which key projects and achievements would you bring out from your institute?

Also, according to the polls, this is a very popular undertaking, and secondly, we have very supportive legislation. We can go back to gene donors and ask further questions. Secondly, it is very important that medically relevant information about gene donors can be associated with national registers. This is very good material for studying the links between genetic variability and diseases.

Our advantage is that this information is beginning to reach back to people. It’s not much at first, but you can’t do it anywhere else. Specifically effective cooperation projects, where Estonian doctors are also very strongly represented have been covered in the news over the past year. The point goes further in that there would be more practical benefits for people and society more broadly because, in the long run, it will make the medical system more efficient and better.

On the genetic side of the population, we have two directions. One is about global issues. For example, a couple of years ago we published research, in which we sequenced over 450 human genomes from across the globe and studied the facets of it. The biggest problem was that we could not refute the result that we see, in addition to the main emigration from Africa 50,000 years ago, where modern people came out of Africa and colonised the whole globe, another and earlier migration has taken place.

In fact, in the genome of the inhabitants of Papua New Guinea, we see 2% traces of an earlier migration, that is to say, 120,000 years ago. We couldn’t prove it, but we couldn’t refute it either, and we’re still working on it. This study earned the Science magazine nomination as one of ten scientific breakthroughs in the world that year. This is an example of a more global grip, but the other side is that we are also looking at what is happening in the homeland. Together with archaeologists and linguists, we have taken long steps to understand the genetic evolution of people living in our areas today.

Tambets: One of the greatest recent achievements is perhaps that our institute opened an ancient DNA lab last May, and that allows us to do this work right there. We look at the demographic history of Estonia through layers of different ages, from the oldest settlements to the present day, and compare it with the people living here today. There is another interesting aspect: in European terms, Estonians speak slightly different languages than the vast majority of Europeans. We can compare these genetic changes with the cultural changes we see happening over time. This allows us to glimpse into our demographic past through the transdisciplinary approach.

What about your lab? Can you do all your experiments there?

Metspalu: Our lab for ancient DNA is definitely important, but another important aspect is that we do most things on the servers. There is the High-Performance Computing Center at the University of Tartu and it is at a considerable level. Many of our cooperation partners from elsewhere in the world look with admiration at our material-technical capabilities. What is more – we use our machines, but much more important are the people and the ideas that people have.

We have been strongly moving towards the trend that our doctoral students’ open competitions have been very international in the last five years. Over the last three or four years, the vast majority of our new group members have been from Turkey to Mexico and from Italy to Germany. We are a very international community and it is extremely important because the education system and teachers are different all over the world. The ideas brought by the new people here are invaluable.

What is their feedback? What attracts people to do their research in Estonia?

Tambets: It is probably based on the fact that we have an internationally known, recognised and good research institute. Secondly, there is a favourable work environment. Scientists, in particular, hope to have an open and innovative environment that allows them to deal with what they like and bring their ideas to life.

Metspalu: There is another reason: we also have to invite people. If you actually have open competitions, it turns out that there are people who want to apply for a position. There are many very good level research groups in Estonia, but they are not actively open and do not invite new people and ideas there.

This is what you’ve done well?

Metspalu: We are definitely moving in the right direction.

Tambets: In science, it is very important that ideas and people move. Sometimes it is good to live abroad, but it’s just as important to preserve an international environment here.