Global warming can be seen from the clouds 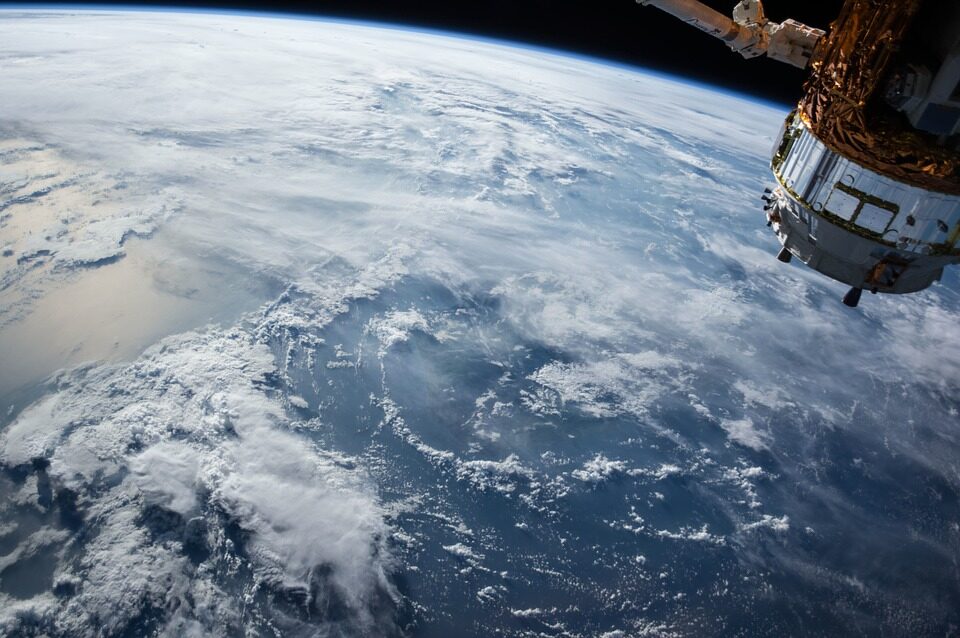 A study published in Nature revealed that cleaning up the air from pollution does not accelerate global warming to the extent feared so far.

Velle Toll, the lead author of the study, noted that although improving air quality warms the Earth’s climate, it does so to an extent lower than previously thought. The results of this research help to more accurately assess the sensitivity of the Earth’s climate to anthropogenic forcing, and to improve the reliability of future climate projections.

Industry and other human activities increase air pollution and cause serious health problems, such as asthma and cardiovascular problems, in many regions. At the same time, more polluted air also means more cloud-forming particles, and the distribution of water between more droplets leads to the formation of smaller cloud droplets. As a result of smaller cloud droplets, the thickness and the area of clouds may also increase.

One of the reasons why under some meteorological conditions anthropogenic pollution particles cause an increase in the thickness of clouds lies in the fact that smaller cloud droplets form less precipitation.

So far, it has been thought that clouds contain more water due to anthropogenic air pollution particles, i.e., clouds are thicker, and that this compensates for a significant part of the climate warming effect of greenhouse gases. Now, however, the study conducted by Toll et al. points to the opposite.

By analysing the properties of polluted clouds from satellite images, it was found that anthropogenic air pollution makes cloud droplets smaller, but contrary to what has been thought, the average thickness of clouds is slightly decreasing.

“This is probably due to the fact that smaller cloud droplets evaporate faster. Decreasing cloud thickness indicates that air pollution’s cooling effect on climate is weaker than thought, and that the anthropogenic influence on climate is strongly dominated by the warming effect of greenhouse gases,” said Toll, the lead author of the research.

“Our research shows that the properties of clouds are not as sensitive to the amount of air pollution particles as was previously thought. This is an important result in terms of understanding anthropogenic influence on climate. The results of our research show that limiting the emissions of greenhouse gases and pollution particles simultaneously is a very efficient method for reducing global warming”, said the senior research fellow.

The role of pollution particles in global warming

Compared to the pre-industrial era, Earth’s global average air temperature has risen by about one degree. In the Fifth Assessment Report of the Intergovernmental Panel on Climate Change it was evaluated that, depending on the anthropogenic greenhouse gas and pollution particles’ emissions, the global average air temperature will rise by 1.5 to 5.5 degrees by the end of the 21st century compared to the pre-industrial era.

“How warm our climate will be in the future largely depends on the continued effect of human activity on the composition of the Earth’s atmosphere, specifically on how fast we are able to transform the economy to carbon-neutral,” explained Toll and added, “But human activity also changes the composition of the atmosphere in such a way that it will have a climate-cooling effect, and this will partly compensate for the global warming arising from greenhouse gases. Namely, the microscopic liquid and solid air pollution particles suspended in the air – sulphates, nitrates, smoke from fires, etc. – reflect more sunlight back to space and make clouds brighter.”

According to Toll, everyone understands the necessity for reducing air pollution in the same way, but unfortunately, understanding the risks associated with anthropogenic greenhouse gas emissions has been more complicated. “The most developed countries have got the air quality problem under a certain degree of control. Hopefully, we will be willing to decrease greenhouse gas emissions more and more efficiently. Even though it won’t completely avoid climate warming, humankind has the ability to reduce very serious global environmental and economic damage.”

Pollution particles do not always increase the cloud thickness. This study analysed the change in cloud thickness induced by air pollution. For this, the tracks left in clouds by industrial air pollutant emissions from different continents were studied using measurements taken with NASA’s satellite instrument MODIS.

Over ocean, the clouds influenced by ships can be clearly distinguished from unpolluted ones with the naked eye, but they are not visible in such a way over land.

At first sight, the influence of pollution particles on clouds is relatively invisible to the eye, but can be made visible. To do so, we need electromagnetic radiation, which is invisible to the human eye. In the near-infrared region of the solar spectrum, the polluted clouds are distinguishable as lighter areas because the cloud droplets in polluted clouds are smaller.

Velle Toll is a senior research fellow at the University of Tartu’s Atmospheric Physics Laboratory, previously a Postdoctoral Research Assistant in Climate Research in University of Reading, UK.