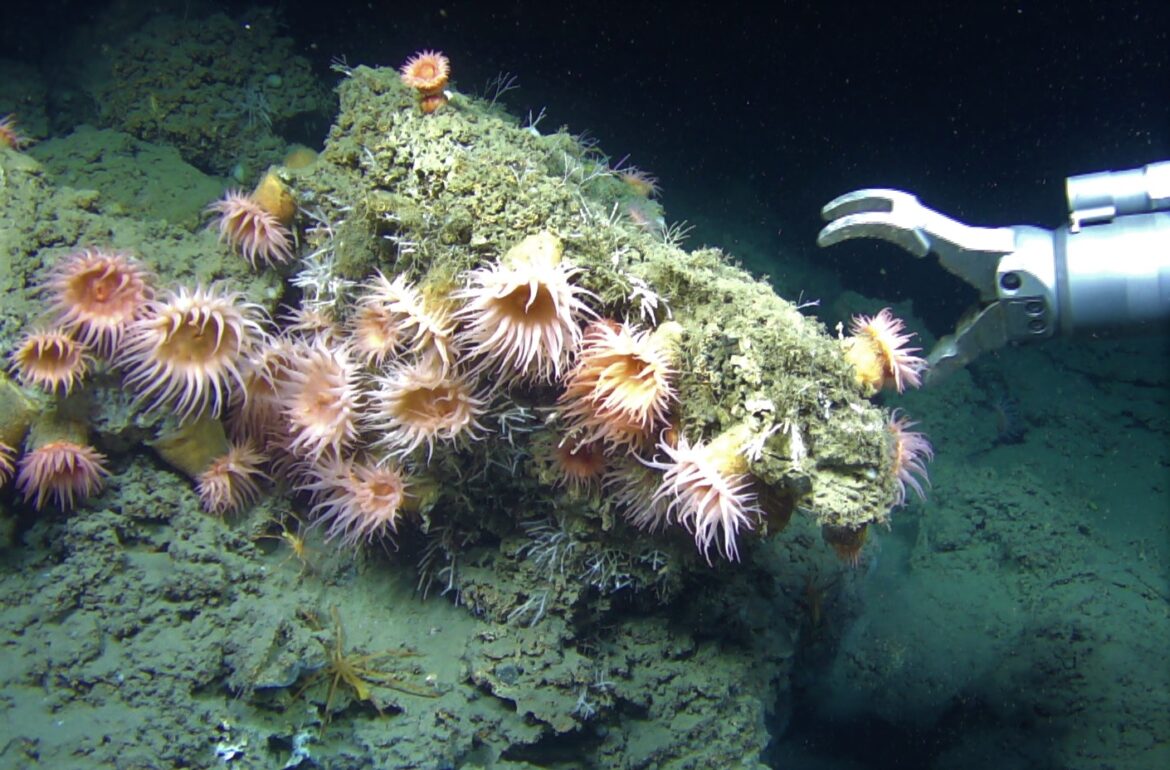 Since 2012, researchers at the Division of Bedrock Geology in the Department of Geology of Tallinn University of Technology Aivo Lepland and Tõnu Martma have been engaged in the research of an international research group investigating the factors controlling methane seepages and reconstructing the chronology of past methane emissions in one of the world’s most climate-sensitive regions – the Barents Sea in the Arctic.

“Methane is one of the most aggressive climate-warming greenhouse gases, while being also an important energy resource. Changes of methane concentrations in the atmosphere have a major impact on the Earth’s climate. Optimal use of methane with minimal climate effects therefore requires a very good understanding of the processes of methane generation and migration. To better understand the processes and forecast future trends, the scientists analyse not only current processes, but those that occurred during the geologic evolution of the Earth, i.e. the processes related to methane circulation that have taken place over millions of years,” says a member of the research group, geologist Aivo Lepland.

The respected scientific journal Science Advances published recently the article “A 160,000-year-old history of tectonically controlled methane seepage in the Arctic” co-authored by TalTech geologists in cooperation with their colleagues at the Geological Survey of Norway, British Geological Survey and the University of Tromsø and the University of Bremen, who studied the chronology and geological factors controlling methane release in the Barents Sea off Svalbard.

To study the past deep-sea methane release episodes, the scientists analysed carbonate crusts that form when methane emanating vigorously from the seafloor comes into contact with sulphate in seawater. In the course of this process small amounts of uranium contained in sea water are incorporated into the crystallizing carbonates. Uranium is a radioactive element, which decays to form thorium. By measuring the concentrations of uranium and thorium in carbonate crusts, the scientists can determine the time of crystallisation of the minerals. “Opening of the “birth certificates” of the carbonate crusts through uranium and thorium analysis makes it possible to reconstruct the chronology of past seabed methane emissions and assess their causes,” says Lepland.

The samples collected from the 1,200 m deep seabed revealed three major emission episodes from the Arctic seabed in the last 160,000 years: after the end of the last ice age around 23,000 years ago, 40–50 000 years ago, and 150,000 years ago. Each methane release episode lasted 10,000 to 20,000 years. Such chronology suggests that the methane emissions are linked to the glacial cycles. The pressure caused by the weight of a couple of kilometres thick ice sheet caused tensions in seabed rocks and opening of fracture systems allowing the upward flow of gases from deep subsurface strata.

The novelty of the findings lies in the fact that it is the first time that deep-sea methane emissions have been linked to ice ages. The growing and melting of ice sheet affect the tectonic regime in the earth’s crust, triggering methane release episodes, which could have had an impact on the climate. So it is a kind of a closed circle. “How much methane was emitted exactly this way and what were the climate effects, however, requires further investigation,” Lepland adds.

Additional information: Geologist at the Department of Geology of Tallinn University of Technology, the University of Tartu and Geological Survey of Norway, Aivo Lepland, Aivo.Lepland@NGU.NO