Expedition on the border of two worlds 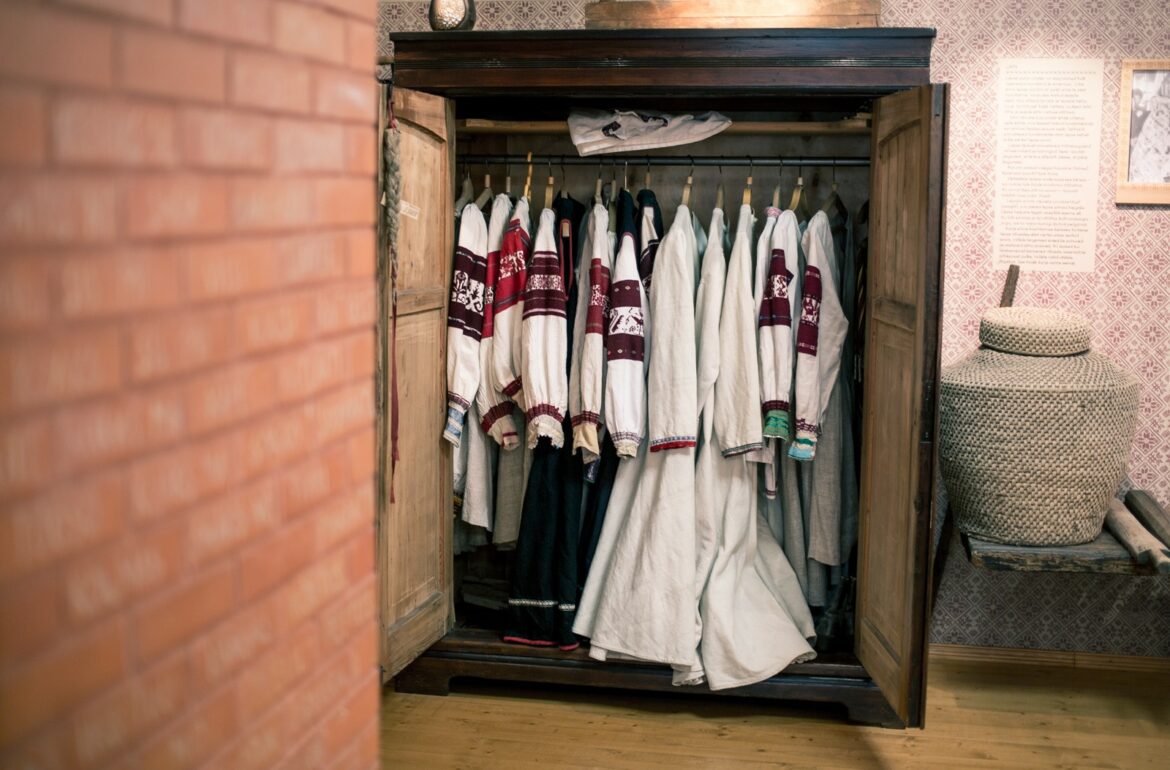 In the middle of colourful September, more than 20 international researchers working at Estonian R&D institutions gathered for a traditional networking event. The EURAXESS Estonia team hosted a weekend trip to Setomaa to familiarize researchers more closely with local culture, create contact points with Estonian society and inspire them to communicate with each other.

On an early Saturday morning, a happy and excited company gathers on a bus in Tallinn to take a trip to southern Estonia, and more travel companions join the group in Tartu. Some researchers have already participated on previous trips many times and several of them are accompanied by family members. As the organizer of the event, Siiri Kolka from Estonian Research Council, says: “The event gives a nice opportunity for newly arrived researchers to meet those who have resided in Estonia already for a longer time. It is very nice to meet again those families that I have met already many years ago. The children have grown up, they are still interested in joining us on these trips and now we can often speak to each other in Estonian.”

The annual traditional event takes place for the seventh time and, among the participants, there are both PhD students and professors from Finland to Australia. Some of them are spending their first few months in Estonia, while I also met a couple from Germany, who have lived here since 2004. They speak good Estonian and are already well accustomed to life here, having their daughter studying communication at the local university. For this family, the EURAXESS annual journey is a good chance to get acquainted with other foreign scientists, whose number is steadily rising. In 2018, Estonian R&D institutions hosted 570 researchers from abroad, compared to 502 researchers in 2017 and 402 in 2016.

For most of the group, Setomaa is a mystery land far away in the South. It is an area where locals have kept close ties to their traditional roots throughout history, and boast their own unique lifestyle including their own language and clothing customs. In a couple of hours, we’ve reached Mikitamäe village, where our first stop is at the Inara Vanavalgõ Cafe. Hostess Inara introduces the cafe, which is set in a former culture house. The cooks have made us a lot of tasty dumplings. Looking at the satisfied faces after lunch, it seems obvious that the Setomaa cuisine satisfied the visitors’ appetite.

And now we are on the road again. We drive to Värska to go on an excursion with a guide at the local Farm Museum. While entering the large museum yard, an alarm is set off. The alarm means a very friendly watchdog that barks for attention. Soon enough, the researchers’ children are busy feeding the rabbits and gazing at the large geese walking around. The idyllic rural landscape becomes just perfect when one notices two brown ponies and a large black horse on the meadow a little further away.

Voluntary work for the museum

The Värska Farm Museum offers scientists a great deal of exploration and our guide shares knowledge of a unique and rich Seto culture. The museum charms foreigners with its archaic and authentic interior. Then it’s time to do some voluntary communal work. Some of the scientists and their family members begin to tidy up the area around the museum, treading the tree leaves, cleaning up the flowerbeds and building a fence. At the same time, other groups clean indoors or stack firewood.

When a joint contribution is given to benefit the local museum, we have a meal at the museum’s cafe that looks truly rustic. It also has quite an exotic menu of local dishes that one would not meet anywhere else in Estonia. The trip continues then to the far south, while passing through the narrow “Saatse Boot”, which is a section of Russian territory. In the evening, participants gather for the cultural and social networking programme, where they have a chance to learn some local dances, accompanied by children of our local guide Helen Külvik on Russian garmon, as well as listening to Seto leelo. This polyphonic singing tradition is kept alive by both older and younger generations and is on the UNESCO list of intangible cultural heritage.

The second day of the trip starts with a seminar about recent developments in the EURAXESS network (that provides support to mobile researchers) and a small workshop on how the best service could be provided, either in relocation issues or in career development. “Our foreign researchers very much appreciate the possibility of networking and becoming acquainted with each other. They are also interested in getting to know more about each other´s work, as well as having more contacts with Estonian researchers working in other research institutions,” says Siiri Kolka.

After the seminar, we drive to Obinitsa where we divide into two groups. Visitors of the Obinitsa Museum can experience how a woman – a volunteer from the participants – gets dressed up in a local Seto clothing, whereas those visiting the Seto gallery can block-print their own patterns on a tote bag for a personal souvenir. Lunch in Taarka tarõ – another heavenly experience of special local cuisine of local products, like chanterelle – the mark and endpoint of this impressive and immersive weekend. 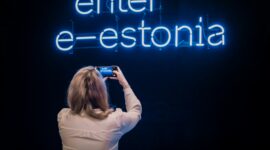 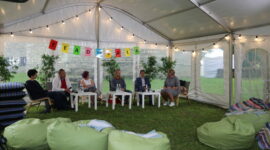