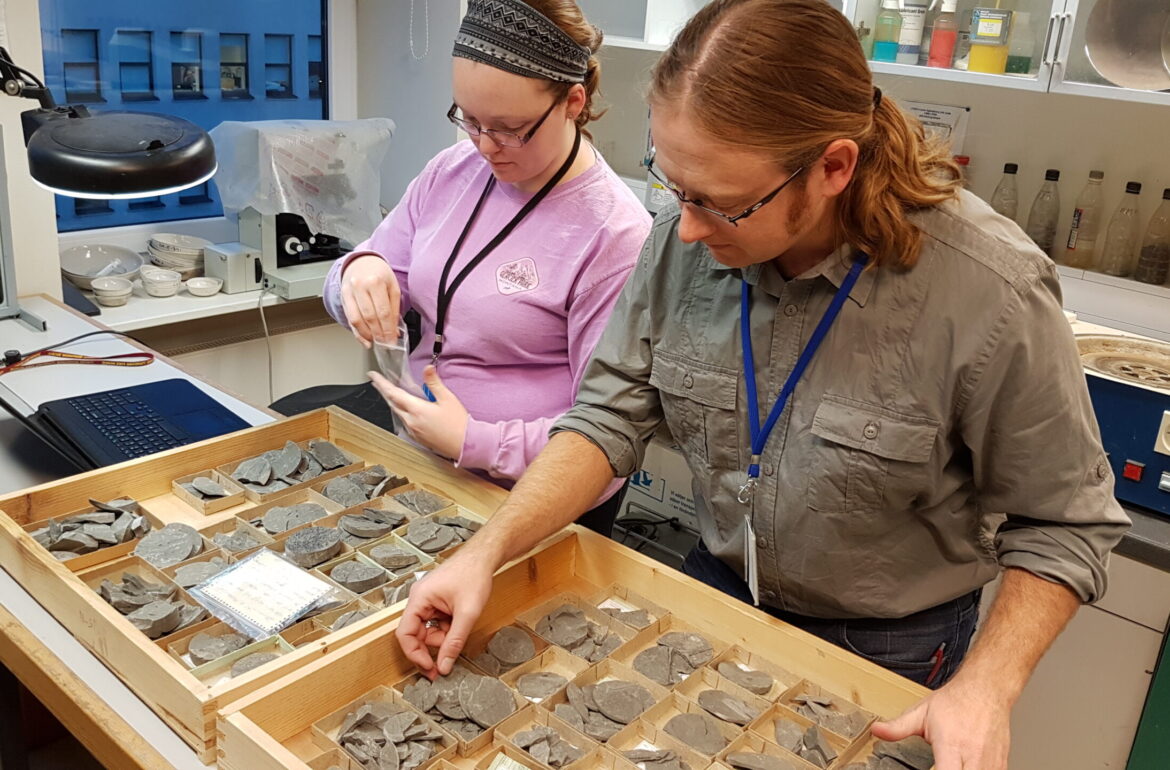 Since 2016 the researchers of the Department of Geology at Tallinn University of Technology have been engaged in a research project analysing the causes of Silurian biodiversity crisis. The findings of the study are summarized in the article “Linking the progressive expansion of reducing conditions to a stepwise mass extinction event in the late Silurian oceans” published recently in the journal Geology.

Five big mass extinctions are known from the last half a billion years of Earth’s history. For example, 250 million years ago, at the end of the Permian period, 95% of the plant and animal species of that time disappeared in a short time. Today, too, we are facing major biodiversity loss and knowledge of past extinction events enables us to assess its potential course and consequences. In severe biotic crisis in the Silurian, known as the Lau Event, extinction of nearly 25% of the marine species took place. The scientists set out to determine the chronology and possible mechanisms of the event.

Information on the biota and environment of the distant past is best preserved in marine sedimentary rocks. Study of fossils enables us to document the evolution and biodiversity dynamics. Fossils also play a crucial role in constructing the geologic time scale and dating rocks. Only if precise time scale is available can it be investigated how and why environmental conditions changed and how this influenced the biosphere. For example, the atoms making up the minerals of limestone provide the evidence of the chemical composition of the ancient ocean and the atmosphere and their evolution. By combining paleontological and geochemical data, conclusions can be drawn about the relationships between biota and the environment.

In this work, the researchers focused on the study of carbon, sulphur and thallium isotopes. “What makes our research unique is that for the first time, thallium isotopes were analysed from the Paleozoic rocks indicating changes in redox conditions of the global ocean. The rock samples analysed were collected from Latvia and the island of Gotland, which once were part of the Baltic paleosea. In this region, rocks have altered very little over the last 500 million years, and thus the original information is still present. The Baltic region is a rewarding natural laboratory for geologists – there are very few places in the world where the rocky archives of the Paleozoic era are so well preserved,” professor Hints says.

This fact ensures that the results of the analyses are reliable. Alongside the unique rock samples, the cutting-edge analytical equipment that makes it possible to measure stable isotope ratios from small amounts of rock powders played a crucial role. Most of the geochemical analyses were carried out by Chelsie N. Bowman and Professor Seth A. Young in the National High Magnetic Field Laboratory at Florida State University, one of the most modern analytical facilities for this kind of research in the world.

The results of the analyses showed for the first time that the extinction of late Silurian species began with a progressive decrease in the oxygen content in the ocean and culminated when anoxic and likely sulphidic water masses reached the shallow seas. This change was relatively slow – it took probably 175–270 k.y. from the the initial phase until the crisis reached its peak. Among the first organisms to suffer from the environmental change were there vertebrates, represented by fish and conodonts, whose diversity decreased by nearly 70%. The environmental change had also a major impact on plankton, although it occurred somewhat later.

Professor Hints said, “What are the benefits of studying such a distant past? On the one hand, we can confirm that changes in marine redox conditions and oxygen levels have catastrophic consequences for the life in oceans and that the vertebrates are the first to be affected by the changes.” This is a highly topical issue since measurements as well as models indicate progressive expansion of oceanic anoxia in the present-day oceans. Geological data prove that if a system is shifted out of equilibrium, it will take hopelessly long time from human perspective in order to return to the pre-event conditions.

“On the other hand, we can learn from this particular example, as well as from the Earth history in general, that every crisis creates the basis for evolutionary innovations, allowing better adaptable organisms to survive and new ones to emerge,” Professor Hints says.