Climate patterns in Europe are about to change 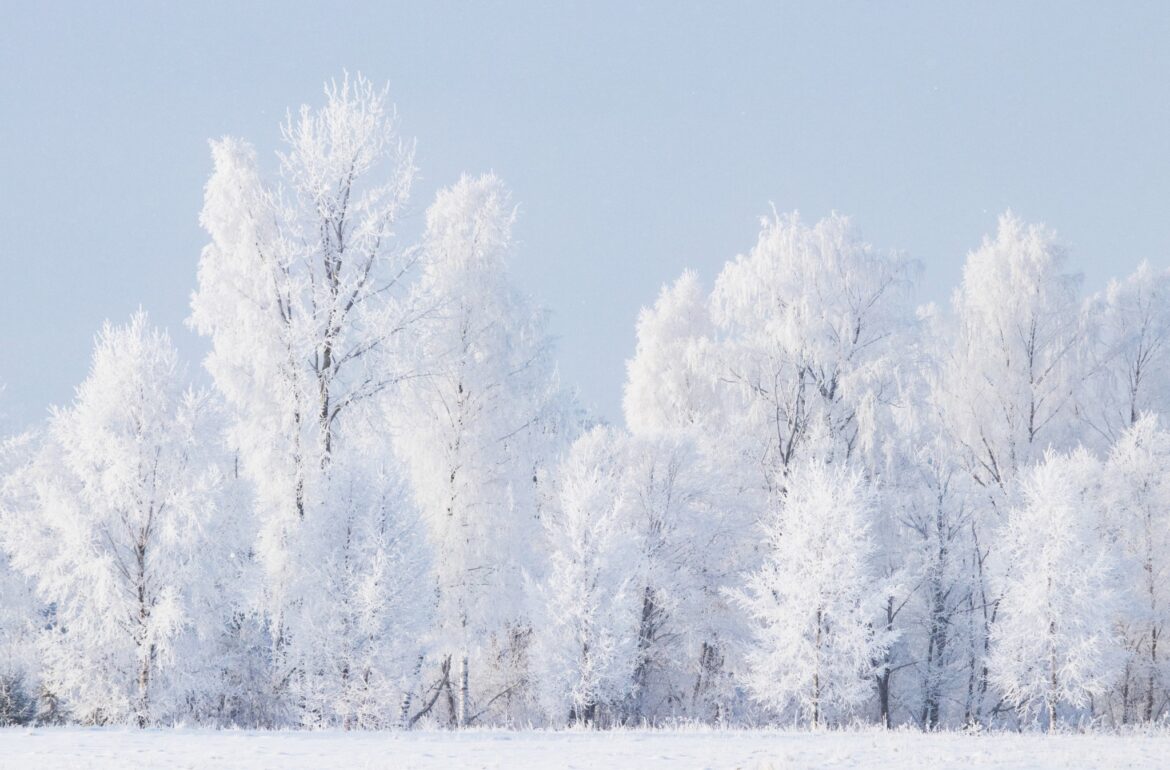 By the end of the century, winters in our region will generally be warmer, but we will have heat waves in the summer. This does not mean that the cold waves and thick snow will disappear. Photo by: Karl Ander Adami.
Share

Precipitation extremes that lead to floods or droughts are related to the severest damages to human activities in nearly all regions of the world. What will our weather be like in the future? Jüri Kamenik, Tallinn University Lecturer of Climatology and Meteorology has got some answers.

I think that may be due to my kindergarten teacher. Our teacher took the group out when something interesting about the weather happened and explained what it was. Another important step was making weather observations, which I started in third grade as a school task at Kivimäe Elementary School. While my classmates did the weather observations for a week, I kept observations until the end of school, or 12th grade. I learned to take notice of those phenomena that are dangerous and cause more excitement or harm to people. I also had a small weather station that I put on the balcony, although it wasn’t located at the standard height.

What weather changes can be observed from the data you collected during school years?

In fact, it’s hard to say because 10 years is insufficient time for drawing conclusions. During this 10-year period (1998–2008), I think the extreme phenomena (blizzards, heavy thunderstorms, tornadoes) became less frequent by the end of this period. In November 2001, for example, there were strong European windstorms affecting Estonia and high-water levels. In 2001 and 2002 we had thunderstorm outbreaks during the summer. June 1998 and July 2001 were characterized by tornado outbreaks accompanied by thunderstorms. The storm of January 2005 (European windstorm – cyclone Gudrun) was very significant and the drought summer of 2002 and 2006 was also remarkable (in 2002, there were 50 consecutive days without any precipitation in August to September in some places in Southern Estonia). From 1998 to 2002, there were very significant weather events every year, but less frequent in later years. Still, 2010 was exceptional because of weather extremes: cold winter, record-breaking hot summer, derecho (widespread, long-lived and straight-line windstorm) etc.

Have you been investigating precipitation extremes both temporally and spatially?

My bachelor thesis supervisor Sven-Erik Enno at Tartu University gave me the assignment to investigate the thunderstorm-related precipitation which we named (as hydrologist Arvo Järvet suggested) as thunder-precipitation (“äikesesademed” in Estonian). The heaviest rainfall usually occurs in the summer and is often associated with thunderstorms.

After that, under the supervision of Jaak Jaagus and Piia Post, I started to study extreme precipitation in Estonia in my Master’s thesis (“Recurrence Interval of Estonian Precipitation Extremes”), and this study continues in my doctoral studies.

How would you define extreme precipitation?

There are several definitions in use. The warning criterion of the Estonian Weather Service states that if 50 mm of rain occurs within 12 hours or less, it is very dangerous; if 30 millimetres falls in the same time, it’s dangerous. For snow, thresholds are >20 and 7–19 mm, respectively (thawed in water).

Another possibility is the impact of the weather phenomenon: if the precipitation has a great impact on people’s everyday lives (disrupting traffic or causes landslides, sweeping away part of the road), it can be considered a dangerous occurrence, because it causes damage or significantly disrupts human activity. Just for background: precipitation regime has an effect on water management, agriculture, water transport and other sides of human everyday life. Therefore, precipitation extremes – continuing periods with little or without any precipitation and extremely high daily precipitation amounts leading to droughts or floods – are related to the severest damages to human activities in nearly all regions of the world.

The third option is a mathematical approach, where we take into consideration days with the greatest rainfalls of selected weather stations and then compute 90th and 10th percentile thresholds, respectively (90th percentile means take out the top 10%), which defines extreme precipitation. To sum up, >90th percentile is for extreme wet day (mm/d) and <10th percentile would be extremely dry day (latter thresholds are more appropriate for estimating dry period, because days with 0.00 mm/d occur more frequently).

Have you studied series of climate data a long time to find extreme precipitation?

Beside other aims, one of them was also to study long-term variability and, for my doctoral studies, I took the data from 1958–1987. During that 30-year period, Estonia had the densest weather observation network and I got representative data to cover all of them. After the collapse of the Soviet Union in 1991, many observation stations were closed, and the number of weather stations decreased significantly. There was a total of 81 weather stations with relatively continuous observations, which allows to see time-spatial distribution of precipitation.

What do the results indicate: where in Estonia do we have most extreme precipitation?

The highest figures are in the uplands of South-Eastern Estonia in Haanja and Otepää. One is, of course, the influence of the uplands (with the highest peak reaching 318 metres), plus the co-influence of the hinterland. The third is the impact of the southern cyclones (in Estonian: “lõunatsüklon”, more thoroughly researched by Kaupo Mändla). These cyclones come to us from the south, the Mediterranean, the Caspian Sea and the Black Sea, and carry moisture and heat. If a southern cyclone gets close to Estonia, it could bring heavy rain which is enhanced by the uplands. They are more frequent near Lake Peipus than Western Estonia.

In addition, extreme precipitation is more common in areas at a moderate distance from the sea: 30–50 km from the north and west coasts. In Tallinn, sub districts which are situated away from the sea receive heavy rainfall more frequently than places that are much closer to the sea. This precipitation is caused by the breeze front. For example, in 2013 at Estonia’s biggest island Saaremaa, it fell more than 110 mm/d, but these are isolated cases, although they alter the spatial distribution of extreme precipitation very much because of rarity.

Are there any regularities or rather specificities across the decades?

It may be that we have more extreme precipitation in the wintertime. Late autumn and in the first half of winter are quite wet because the winters are getting warmer. In addition, liquid precipitation intensity is higher than it would be for snow. Summer extreme precipitation could also get stronger over the decades as there is more heat in the atmosphere. During the summer, there is more water vapor in the air, and if a thunderstorm develops in very hot weather, it will generally cause heavier rain. Changes in the tracks of the southern cyclones have also been sought, but the trends are not quite clear.

What does the collected data show about the future? Will the fact remain that it is 10 degrees warm and rainy both at Christmas and on a midsummer day?

Although I planned to include future weather predictions in my thesis, I simply ran out of time. At the same time, the EURO-CORDEX project showed that, by the end of the century, winters in our region will generally be warmer, but we will have heat waves in the summer. But it is a projection that contains a lot of uncertainty. This does not mean that the cold waves and thick snow will disappear. Instead, there is a tendency for the weather to become more similar to Western Europe in the winter and to be a little more similar to the Ukraine or Belarus in the summer. This means that continental weather patterns may increase during spring and summer. Now we have an extreme precipitation event perhaps once in a decade, but by the end of the century we might have them twice in a decade. But for precipitation, the uncertainty is much higher than for temperature and so the projection might not be very reliable.

We see floods in Europe quite often and the typhoons that are raging in Japan. Are Estonia’s remaining swamps capable of absorbing excess rainwater?

I believe we will have more water resources in the future and no heavy droughts (deficient water table), unlike Southern Europe. There, the climate is expected to become much drier by the end of the century and water scarcity could seriously affect human activities. Of course, droughts can increase also in Estonia during summer, but there should be more water between September and May or from fall to spring. We are likely to have more storms in the fall and winter, but there is also a lot of uncertainty. Another thing is the vegetation period, which is probably getting longer due to warmer temperatures. At the same time, the problem is that pests or other species that are sure to affect the ecosystem may come from the south.