Estonian bears are still recovering from a century-old genetic bottleneck 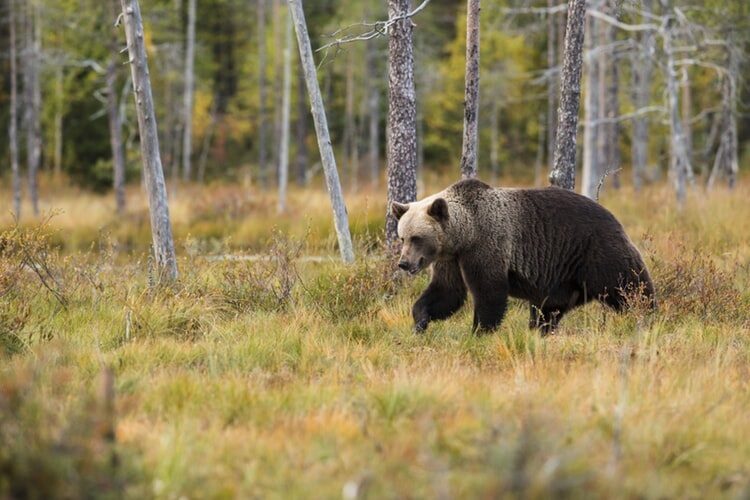 Do bears have as good a life in Estonia as we think? A doctoral student at the University of Tartu, Peeter Anijalg, explains why we need Russian bears; what happened to Estonian bears during the bottleneck a century ago; where Estonian bears take refuge in tough times, and why genetic diversity is important.

Although the Estonian bear population today is estimated to comprise 700-800 individuals, the life of bears in these areas has not always been easy. Namely, maps from the middle of the 19th century describing the distribution of bears indicate that starting from that century, the spread of bears gradually declined in Estonia, being the lowest in the 1920s. At that time, the bear population was estimated to be only the few dozen animals who managed to find refuge from hunters probably in the forests of Alutaguse, as well as in the forests of south-western Estonia. After protective measures were implemented in the mid 1930s, the bear population slowly started to grow and at the beginning of the 1990s, the local population exceeded 800 individuals. This drastic drop in a population’s abundance is called a population’s bottleneck and the survivors of the bottleneck are known as the founder population.

For this, they used a little more than 200 tissue samples from bears hunted between 1999 and 2011. But in addition to the hunted bears, there were also a few exceptions – for example the dataset included a bear who was fatally injured after being hit by the car of the former Estonian Minister of Defence in the spring of 2008.

One distributed over the eastern part of Estonia, being the most frequent in Põlva County, but this group is also present on the western shore of Lake Peipus and in Ida-Viru County. The other two groups, however, are spread over the entire distribution area and are geographically mixed. The south-eastern corner of the distribution area is the only place where fewer representatives of these two groups can be found. These two groups were most likely founded after the bottleneck, i.e., by the two founder populations, one of which was preserved in the forests of Alutaguse, and the other in the forests of south-western Estonia. Even though these two groups are geographically mixed, the genetic signal from this bottleneck is still identifiable.

Regarding the third group distributed in the eastern part of Estonia, we believe it to be related to the Russian bear population. This is firstly confirmed by the group’s distribution around Lake Peipus. These individuals are especially common in Põlva County where the Russian bears can get to by crossing the relatively narrow Lake Lämmijärv. In addition, the bears of this group are much more genetically diverse. Namely, the Russian bear population has not gone through such a severe bottleneck, therefore their genetic diversity is higher. This is also exemplified by comparisons with other studies, where this group also stands out for its large genetic diversity, being comparable with, e.g., Romanian bears (Romanian bears are part of the East Carpathian population, which in 2014 was estimated to contain 6000 individuals, and as far as is known, their numbers have never gone below 800).

At the same time, the other two groups identified are near the bottom of this table, that is, they have low genetic diversity, being next to Greek and Slovakian bears, for example, which have also gone through a genetic bottleneck. Luckily, these populations are still in a significantly better state that the Italian and Spanish bear populations, which are the weakest in Europe.

The study showed that despite the bottleneck having occurred a century ago, its genetic mark is still identifiable. The lower genetic diversity of the two local groups, but also the fact that the bears have yet not been able to repopulate their previous habitats, having low numbers in Western and Southern Estonia, shows that the population is still in a recovery phase.

At the same time, it is positive that there are additions coming from the east, but you also have to take into account that this journey might not be that easy for animals – there are various water obstacles on the way (either in the form of Lake Peipus or Narva River), a border infrastructure, but also a high population density of bears, mostly true in Northeastern Estonia.

The results are also significant from the viewpoint of nature conservation, being of help for making decisions when planning for roads and railways. This way, it is possible to reduce the negative impact on the integrity of the population and on the free movement of animals by implementing respective measures.

The article was originally published on the Estonian zoology blog Zooloogid 2.0. 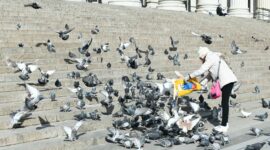