Forest, science and Estonia: a foreigner’s view from the inside 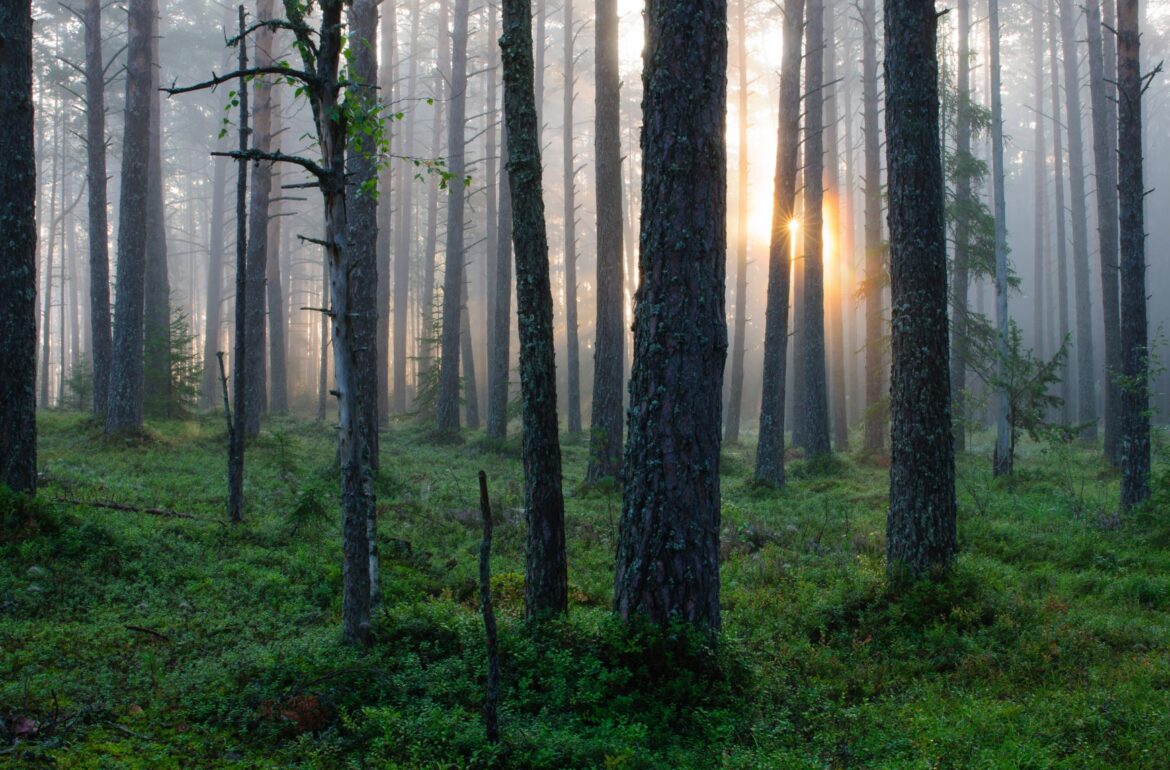 One of Steffen Noe's research interests is how the forest affects the atmosphere and vice versa. Photo credit: Sven Začek.
Share

Estonia’s only primordial forest hosts a SMEAR research station, led by Steffen Noe, a Senior Researcher at University of Life Sciences. One of his research interests is how the forest affects the atmosphere and vice versa. What is his story and why did a German citizen decide to move to Estonia 15 years ago?

We are at the Station for Measuring Ecosystem-Atmosphere Relations. What exactly do you measure here?

We measure the composition of greenhouse gases and reactive trace gases such as ozone, sulfur dioxide, and nitrogen oxides in air. We examine how the forest affects the atmosphere and vice versa. We started with official mast measurements in 2015 and have been continuously measuring for four years now.

If we look at the measurement data, then what processes are taking place in this area?

We are able to observe how the amount of carbon dioxide in the atmosphere increases and what the additional local effects are. In this way, we capture the annual carbon dynamics and relate it to local forest management and weather conditions. Last year was very dry and we could see what is happening in the forest in the case of water scarcity. It is possible to monitor how the exchange processes between the forest and the atmosphere take place, and what affects the course of these processes.

Science sometimes gives answers, but it raises more questions. We are heading for Big Data, because the mast measures the environment all year round, and our server gets 8 million rows of data from the sensors every day. Their analysis can produce very good statistics and compare these processes with data from other stations, as well as with previously measured data. This allows us to see a wider picture.

Secondly, we can provide meteorological measurement services such as local winds, precipitation and temperature. We work with colleagues from the University of Tartu to measure air ions and airborne particles, as well as solar radiation. One very important aspect is to see how the forest affects the formation of clouds.

Based on current data, can any patterns be identified here at Järvselja?

We can analyse how the forest absorbs carbon in our protected and unmanaged patch of forest. Then we compare it with the carbon emissions of the local managed forest. The results of the last four years indicate that both carbon absorption and emission are faster in young managed forests. The old forest is growing slower and absorbs less carbon over time. Their net weight is very similar, but the big difference is in the speed of the processes.

If we want to manage the forest in a way that it would be a net absorber of carbon, we can find different approaches, which take the age and the area of that forest into account. It is very good to use data from measuring stations to plan such forest management.

In Estonia, there has been a major debate on forestry in recent years. Some say more forest should be cut and managed. Others, however, think that too much is being harvested and that various species are becoming extinct. How do you feel about this situation?

It must be understood that there are different possibilities. The forest is not only a carbon absorber but can be a carbon emitter during a very dry year. In 2018, we measured that since the drought of July, the forest was an emitter of carbon until the end of that year. Colleagues from the University of Tartu and I took measurements in an old pine forest, which was a carbon absorber during the same period. This shows that we cannot take it unequivocally but need to understand how the system works. Then it is possible to decide whether the forest should be managed or not.

This is partly a scientific debate, and the second debate should be a social one. We need to understand what ecosystem services the forest is giving us. In addition to carbon absorption, the forest also provides raw material and controls the reserve and purification of water. As Estonia is more or less flat, and we do not have glaciers, it is necessary that enough clouds form here and that they can get enough water from the ground for precipitation.

At the moment, we predict that Estonia’s future weather will be moist and there will be more precipitation. A very important factor to consider is that the forest buffers all this water. In the case of growing forest resources, the question is how to use it: to make wood pellets and firewood or to allow the forest to grow longer. For example, making paper is a very short-term use of the forest, because wood could also be used to make long-lasting products. It should also be considered how to use the forest as a resource that encourages a reduction in the use of carbon from fossil fuels. Here lies the great opportunity for development.

We need to think about how to use the data already available and include remote sensing at the next level to see the wider dynamics of forest management. If the climate keeps changing, perhaps more dry summers and more damp winters will come, then there will also be more pests and wind. Therefore, a wider picture, both spatial and temporal, is needed to understand the whole system.

Another issue is the emergence of clouds, which we have studied in cooperation with the universities of Helsinki and Tartu. Over the last decade, thanks to our collaboration with the Finns, we have written several articles on how one feedback loop works. We see how forest growth and biomass production change cloud formation through volatile air particles and ions. My own interest is how pollution from air transport affects all of this.

What made you move from Germany to Estonia?

It was very random. I had completed my doctoral thesis and then the sources of finance for my research centre in Germany changed. I got a tip from my colleagues that I could find a job in Ülo Niinemets’s research team in Estonia. My first job was under the Marie Curie project, that supports exchange of researchers. I stayed in Estonia because I saw an opportunity to pursue my research here.

When you arrived here fifteen years ago, you took your family with you. How long did you originally plan to stay?

The original plan was to stay for up to three years, as envisaged by the agreement. After that I received funding from the Estonian side for my own project to study volatile compounds in the energy crops. Another factor was that my network grew towards Finland and Sweden. It was also important that Estonia, due to its small size, is flexible and capable of changing rapidly.

It is also a question of the long-term perspective for the family. Furthermore, I realised that I could follow my vision and achieve something here. Today, we are in a very difficult situation on the research funding side and I think we need a public debate so that we can put our long-term goals in place. If you do not have a goal or it is short-term, there is a great risk that development will not occur at all.

How did you adapt to the Estonian society and how quickly did you learn Estonian?

In 2004, there were fewer opportunities than today with the EURAXESS platform, which provides advice on language courses and other local issues. At the beginning of this work, I had to do it myself and manage to speak Estonian. Initially, I sat down with a computer using a dictionary. In the spring of 2005, I started studying Estonian at the German Cultural Institute in Tartu. When our working group moved from Tartu University to the University of Life Sciences in 2008, I spoke to new colleagues already in Estonian, as my language practice had increased.

Speaking of adapting to Estonian society, we bought a house here and our daughter went to the local kindergarten and school. We became more familiar with people at parents’ meetings, as well as interacting with people at universities.

What advice would you give to a student or academic coming here from abroad?

One trick is to try and connect with people and get to know them. This will give you a better idea of ​​what is going on around you. Another very good tip in Finland or Estonia is to go to the sauna with people, because it is much easier to talk to them there.