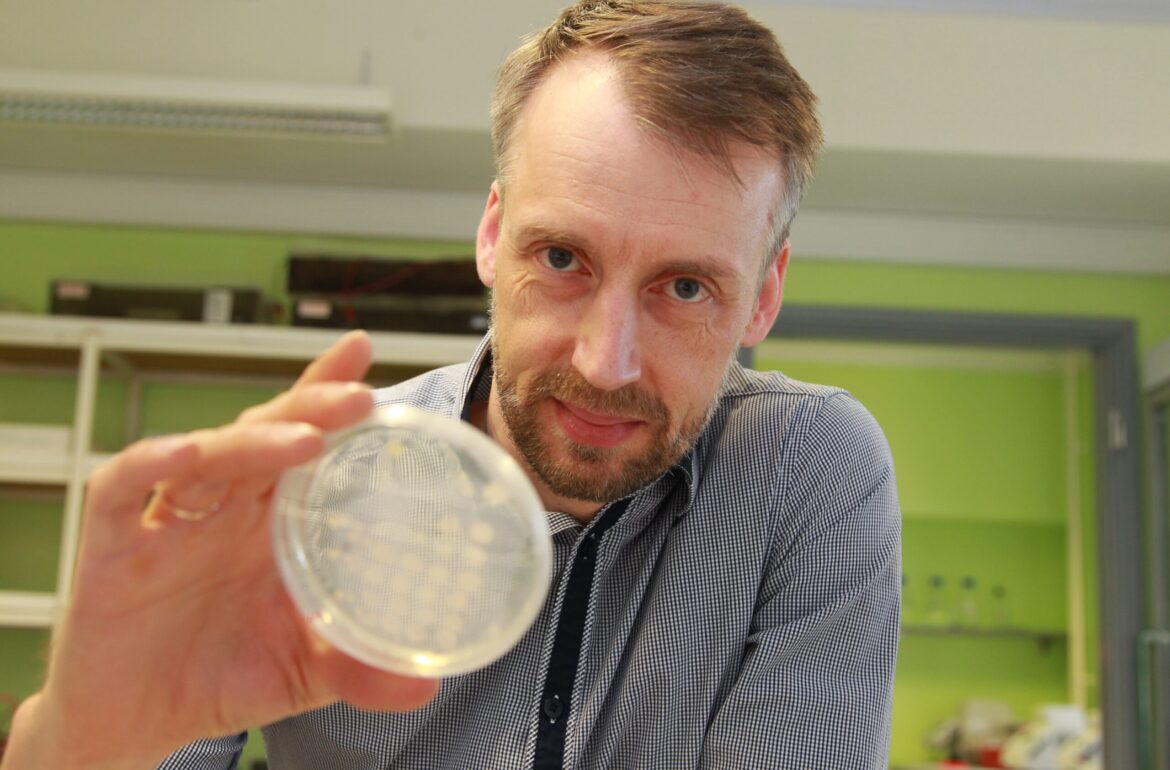 University of Tartu scientists hope create a solution for chronic infections that do not respond to antibiotic treatment after having discovered mechanisms for listening in on sleeping bacteria.

Having recently published a research article on the topic in Scientific Reports with his team, Senior Research Fellow in Molecular Microbiology Arvi Jõers writes about the ability of bacteria to listen in on one other and what this discovery means for medicine.

The life of bacteria is not easy. If there is sufficient food, they multiply rapidly, but they do not tend to store it. Once bacteria are out of food, it is over for them: their metabolism slows down and they enter a sleep-like state. In such a state, bacteria are quite resilient to environmental conditions and can even live through difficult times. In this, they are similar to a bear in hibernation – minimal energy is spent while waiting for better times ahead. These arrive with new food.

Once there is enough food again, all bacteria wake up and start multiplying rapidly. However, bacteria can be more hesitant if there is little food and it is not of the best quality. Is it even worth leaving a secure state for such a lousy meal? Perhaps it is not even real food, but some sort of trick? Naturally, bacteria do not follow this line of thought. Instead, they have developed mechanisms in the course of evolution that offer solutions to such dilemmas.

Namely, as bacteria grow, they expel material from their cell walls into the environment. The cell wall is quite a rigid structure that surrounds each bacterial cell and protects it from the external environment. For a bacterium to grow bigger, the cell wall must become softer and give in to a certain degree. As a result of changes like this, part of the cell wall material enters the environment, sending sleeping bacteria a message that conditions have improved and others have enough food to grow.

Once sleeping bacteria identify material originating from the cell walls of other bacteria in the environment, they wake up quickly and in great numbers in order to get their share of the newly arrived nutrients.

Sleeping bacteria unwilling to wake up pose a serious problem in medicine. Antibiotics are, above all, known to kill actively growing bacteria and they do not often work on sleeping bacterial cells. Thus, sleeping bacteria can survive a course of antibiotics in the human body and start to grow again later when the person has finished the treatment. These cells are called persister cells and they can cause long-term chronic infections that do not respond to antibiotic treatment.

If scientists could now use this new knowledge to trick sleeping bacteria and lure them into waking up with some substance similar to a cell wall, there would be hope of killing them with antibiotics on the first try. This would allow bacterial infections to be treated with one course of treatment.

Use of cover photo was funded by the European Regional Development Fund through Estonian Research Council.