Looking at the forest through the eyes of birds 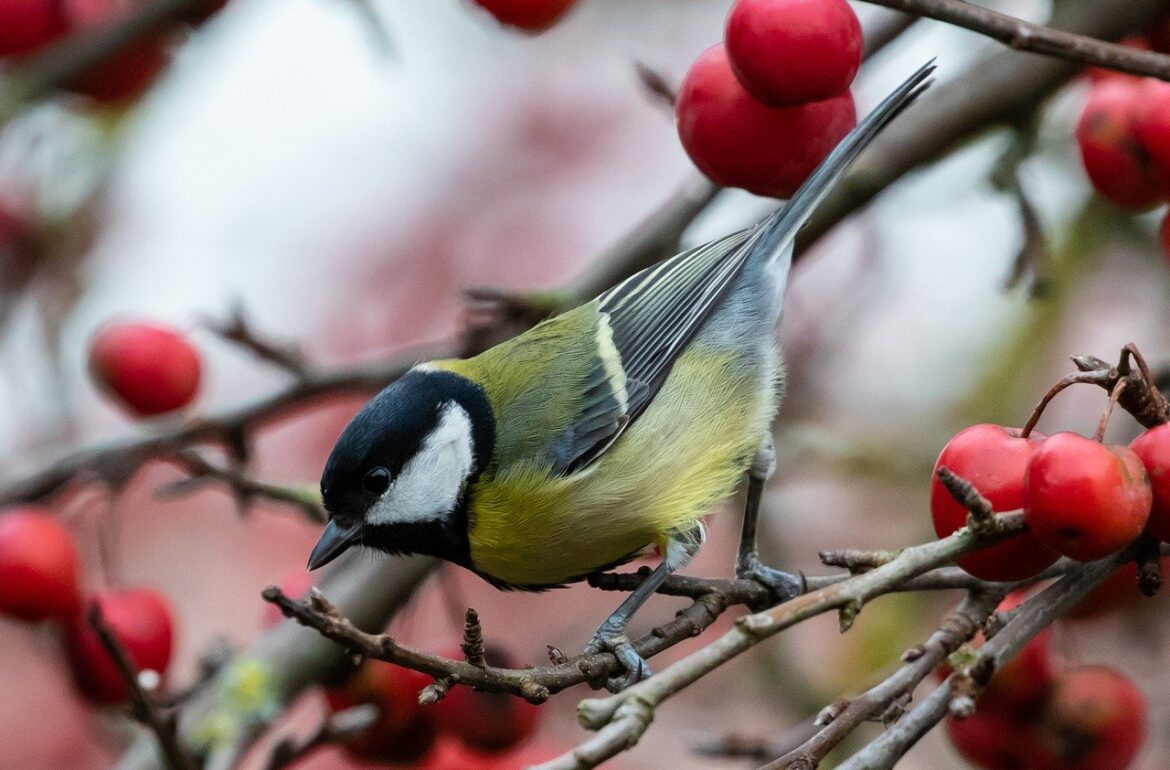 The great tit finds most of the food necessary for the nestlings from the canopies of deciduous trees. Photo credit: Pixabay.com
Share

The second half of May sees nestlings growing in the nests of the great tit (Parus major) and various other forest birds. This is the time the forests turn green and caterpillars and other insects for feeding the nestlings seem to be abundant everywhere. However, birds see the forest differently than humans: there are better and worse feeding areas, and some areas are also more dangerous as predators may be lurking there. Therefore, for a bird, a forest is divided into different areas, and the ratio of benefits to risks must be considered before visiting.

Bird ecologists at the University of Tartu Institute of Ecology and Earth Sciences tracked the movement of great tits fitted with radio transmitters in the forests around Kilingi-Nõmme during nestling feeding and studied their habitat usage: which areas the great tits visit and whether these differ from the rest of the forest. In other words, they studied whether great tits prefer to forage in specific, confined areas of the forest – so-called microhabitats.

A deciduous forest has a larger abundance of food than pine forests, which is why there are more birds and bird species nesting there. At the same time, it has been noted that the great tits nesting in the pine forests of Kilingi-Nõmme are healthier and more successful nesters than their counterparts in deciduous forests. This may be due to the fact that pine forests also have deciduous trees, which may be important feeding areas for the birds living there.

On average, the core feeding area (an area with 50% of movement concentrated there) of the female great tit during nestling feeding was 1.27 hectares. Comparing the movement of birds with data on vegetation measured from satellites and gathered visually, it was found that in deciduous as well as pine forests, the great tits prefer to forage in areas with low or high, but not mid-range vegetation abundance. However, vegetation abundance is directly related to the abundance of arthropods, i.e. food suitable for birds.

Great tits primarily forage in canopies. In a deciduous forest, they avoided areas with lower or higher than average canopy cover; however, in a pine forest, no preference in the amount of canopy coverage in the feeding area was noted. A comparison between the probability of using specific feeding areas and random places in the vicinity of the nest showed that the probability of being in a feeding area was related to the size of the brood, but no such correlation was noted with the random places. This indicates that great tits do not forage in random places.

It can be said that great tits forage optimally, choosing areas for foraging where the benefits and costs of food abundance (primarily the risk of becoming the prey of the Eurasian sparrowhawk (Accipiter nisus) or the Eurasian pygmy owl (Glaucidium passerinum) are in balance. Some females prefer to forage in areas with lower density of vegetation and less food, but more time to spend on looking for it as the area is safer (less predators, better visibility); others forage in denser canopies, where less time is spent on searching, but the risk of becoming prey is higher. How and whether the actual predation risk of Kilingi-Nõmme forests supports this claim still needs further clarification.

The movement of birds suggests that habitat selection is complicated, affected by many factors, and does not only depend on the simple fact that a deciduous forest is abundant in food, but a pine forest has a more limited selection. The various microhabitats in a large forest of one type are significant indicators of the quality of the habitat for the bird, and significant details may go unnoticed by only looking at the big picture (deciduous vs. pine forest).

Results of this study show that in a deciduous forest, great tits prefer to forage in areas of moderate disturbance (natural or anthropogenic). As forest landscapes are currently changing fast, it is important to know how this is changing the microhabitats important to forest birds, i.e. whether birds are able to use the novel microhabitats optimally in the rapidly changing environment. At the moment, we do not know, but as the appearance of the forests around Kilingi-Nõmme has also changed significantly in the last ten years, birds are forced to adapt to the changes. It is known that individuals who are able to find and use optimal microhabitats in the changed forest are successful, but as these are not identifiable based on the type of the forest, it is difficult for people to recognise such microhabitats.

The translation of this article from the Estonian ornithology blog Linnuvaatleja was funded by the European Regional Development Fund through Estonian Research Council.