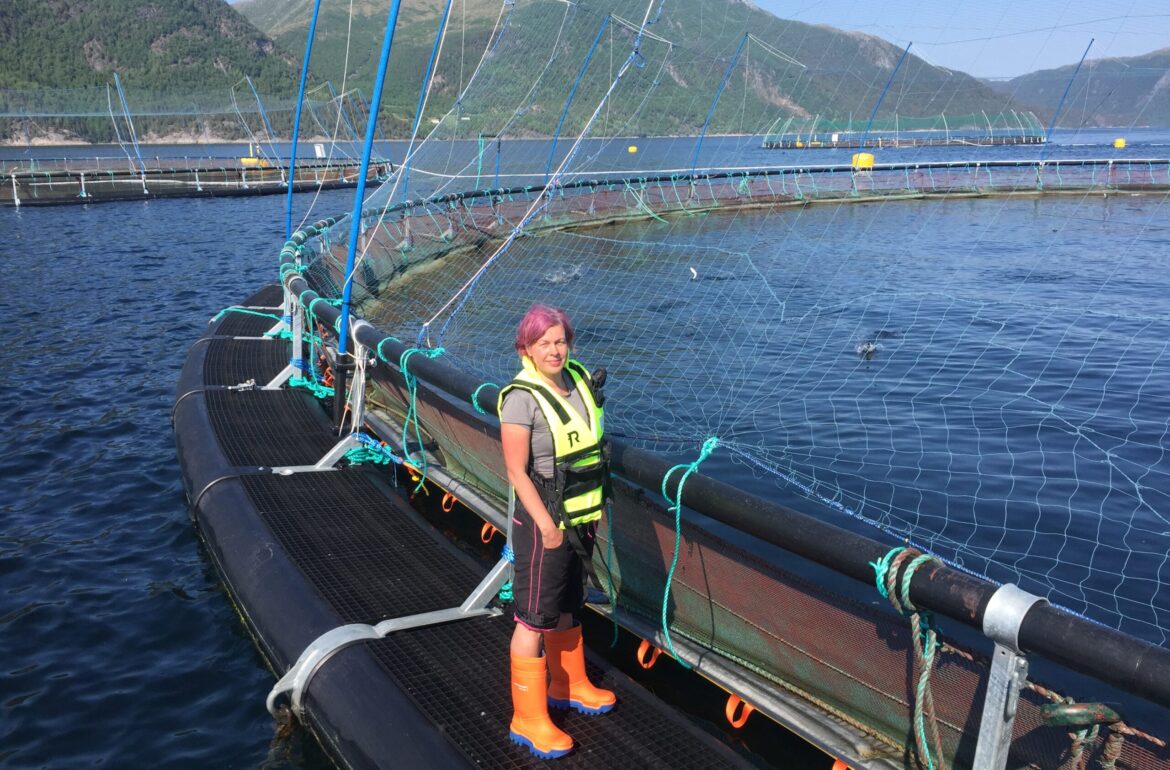 2020 was a significant year for Maarja Kruusmaa. In June, she was named vice rector of research at Tallinn University of Technology (TalTech), and in November, she was appointed to the European Commission’s Group of Chief Scientific Advisors, a team of seven eminent scientists from across the EU that provide independent scientific advice to the Commission.

Kruusmaa has been in science for 30 years and received her PhD from Chalmers University of Technology in Gothenburg, Sweden. But she has also been active in the private sector and was a cofounder and R&D director of fits.me.

For the past 10 years, Kruusmaa has also headed the Centre of Biorobotics at TalTech, and for the past few years has been a visiting professor in Norwegian University of Science and Technology. There, she also regularly visits Svalbard, a Norwegian island in the Arctic, to research the dynamics of glaciers. Research in Estonia recently spoke with Kruusmaa about her new appointments, about her work, and about science in Estonia.

When did you decide to become a scientist?

I didn’t choose science as a specific discipline. In every discipline, you can do science. So you don’t normally start your career to become a scientist, you start your career to be a professional of any kind. When you go into academia, there is an option to stay in academia. To stay in academia, you go into doctoral studies and once you have concluded doctoral studies, you are a ready-made scientist. Then you can decide to stay in academia or go outside of academia. Becoming a scientist you decide to have an education of a kind and then you decide what to do with that education. I could also right now go into industry, for example, because I have started companies, so there is nothing that prevents me from leaving the university and starting another.

What does the vice rector of research at Tallinn University of Technology do?

Did you learn anything from being head of the centre of biorobotics that you could apply to vice rector?

Yes, because I had a research group of 20 people and was responsible for a PhD program of 100 PhD students, so I had to manage things, my responsibilities were similar to what they are right now, to make sure that people do good research. Right now I am not doing so much biorobotics, though. I am defining myself as doing underwater technologies, including robotics and biorobotics. For example, I am measuring the dynamics of glaciers, how the melt water is moving in glaciers, so I still do underwater technologies but apply some to a very specific research program which is to understand how water moves inside and under glaciers. I have been researching that for three or four years and I am working together with Norwegian glaciologists.

What can you tell people about the Arctic that they do not know, but should know?

The immediate experience of the Arctic is very different, so if you have never been to the Arctic then you don’t know what it means. But I think there are two kinds of people, those who would never go to the Arctic, because they think there is nothing there, and then there are others who go there specifically because there is nothing there. What I find striking is that I have been going back to the same test site for several summers now, and every time I go to the front of the glacier, it has moved back about 10 or 20 meters. I am not that good at reading the landscapes, but when I go with a geologist, they can see there was a whole kilometer where there was a glacier before, and you can observe the pace at which it is melting. This is a huge chunk of ice, hundreds of thousands of tons that have melted away. You know the ice has gone somewhere. So this is an immediate experience of the Arctic. It’s not just in my head, you can also witness this from old satellite photos. You can see the front of the glacier has been withdrawing. That is immediate.

What kinds of tools are you using in your research there?

My colleagues at TalTech have developed gadgets that I am ruthlessly exploiting. These include drifting floating tubes, about 20 cm long, that we toss in the meltwater channels and are retrieved from the outlet of the glacier. While traveling through the glacier, they measure pressure, acceleration, and magnetic fields. We are taking this data and figuring out what happens to the meltwater inside the glacier.

You are the first Estonian appointed to the EC’s  Group of Chief Scientific Advisors. What does being a member of this group entail?

It entails giving timely independent scientific advice to the European Commission, on whatever they need scientific advice about. It is a particular type of advice we are giving, because our advice is based on scientific evidence. We provide the government or the European Commission information that helps them to make better decisions, based on scientific evidence rather than rumors or gut feelings or political preferences or values. We are mostly standby, and we never know when the EC will need advice. No one could predict the coronavirus would get so bad, for example, and one can’t say it’s not my working hours. We all advise on all areas of expertise, but of course we take the lead in one or more topics where we feel most comfortable. My broad area is technology and IT but also environmental science. The whole idea of having seven scientific advisors is to avoid group thinking. If you are gathering seven people with very different backgrounds, there is a high likelihood you will cut away the biases they have. Since the ultimate goal is to give independent advice, we also have to make sure we ourselves are independent.

How do you feel about the state of Estonian science? Are you satisfied?

Generally, if you look at statistics, the objective state of Estonian science is very good, despite the fact that we have been starving for decades. It’s pretty amazing what you can achieve in such a small country with such little financing if you have good people. If you compare it to, let’s say, other Eastern European countries, it is obviously so. We started in a much worse position than many other Eastern European countries in Europe. We managed to build up a good, high level, scientific community and higher education. So in that sense, it is good. What is definitely bad is that obviously you need more money, we are also concerned about the next generation of scientists. We are concerned if we have enough new academics coming up to take over our jobs. Our weak point is not the quality of science but the transfer of scientific knowledge to society, so that everything we have invented in the labs can be transferred to companies to build new companies, to build new businesses, to build new products and new services, and to build more efficient processes, so you get more added value for companies in Estonia.

Is there any way to remedy that?

We are trying all the time. Right now, the Estonian government is starting a new program called Rakendusuuringute Program, the Applied Research Program, exactly for getting companies interested in academia. We had a previous program called Nutikas, which I think was successful, where companies and universities got to work together and technology transfer did happen in many cases, and people from industry and universities got to know each other and now they are talking to each other and understanding each other’s language and way of life. So we are getting there, but there is no silver bullet solution. If there was one, we would have solved the problem already.