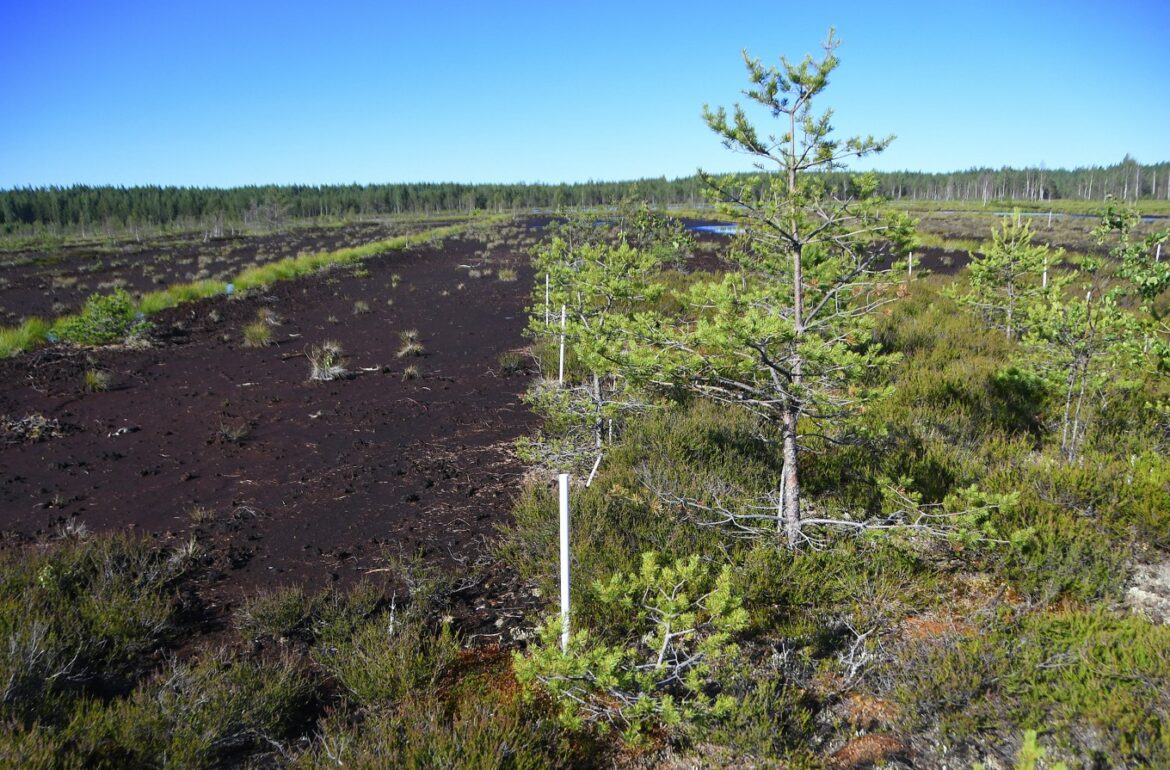 Anna-Helena Purre, a doctoral student from the School of Natural Sciences and Health at Tallinn University, defended her thesis entitled ‘Carbon dioxide dynamics and recovery of vegetation on restored peatlands’ on 31 May.

Estonia has almost 10,000 ha of peat production land that has lain abandoned since the Soviet era, as well as peatland that is in use at present for peat production but whose resources will be exhausted in the near future. There are also 160,000 ha of peatland that have been drained for forestry. The findings from the research conducted by Tallinn University doctoral student Anna-Helena Purre are able to be put to practical use in planning and carrying out the restoration of peatlands and thereafter in evaluating the success of the restoration. What makes these activities topical is the fact that a lot of attention will be directed to ecological restoration from 2021-2030, which the United Nations has named the UN Decade of Ecosystem Restoration.

The water level in bogs in their natural state is constantly high and the vegetation that grows in them is accustomed to such conditions – the synergy between them storing carbon dioxide from the atmosphere into the peat in these areas. As a result of draining peatlands, the bogs lose their distinctive vegetation and these areas instead become a source of carbon dioxide (CO2). This can be alleviated by ecologically restoring the areas.

Purre’s thesis examines the vegetation and exchange of carbon dioxide on peatlands where peat was previously produced or that have been drained for forestry. She compares these results to the vegetation and carbon dioxide flow in undisturbed bogs, assessing the success rate of restoration in restored areas in terms of bog structure (abundance of vegetation) and function (storing CO2 in peat or emitting it into the atmosphere). She also investigates the growth of vegetation and the successfulness of restoration in restored peat production areas dependent on the restoration methods used in experimental sites (species of peat mosses and the density of their spreading, plus reprofiling and fertilising of the peat surface) and the characteristics of residual peat in the experimental sites.

Purre concludes that forest drainage areas which were restored 5-10 years before the measurements were similar to undisturbed bogs in terms of structure and function, but at the same time that recovery was slower in peat production areas.

“That result was somewhat expected, because in peat production areas, restoration starts with the bare peat surface and then moves towards the ecological community,” she explains. “In forestry drainage, on the other hand, the vegetation already exists and begins to develop after restoration from the vegetation being dry and shade tolerant plant communities to more open and wet plant communities.”

Purre adds that the carbon dioxide sink function of peatland tends to recover more quickly in restored areas, whereas the development of peatland-specific vegetation needs more time. During her research she determined the impact of different methods of peatland restoration for the peat production areas on the success of restoration and assessed the viability of the moss-layer-transfer-technique developed in Canada in Estonian conditions.

The research contributed to the collection of data regarding the CO2 fluxes. Although previously greenhouse gases fluxes have been measured in the Baltic States using the opaque-chamber method, with which it is only possible to assess the amount of CO2 being emitted into the atmosphere through the ecosystem respiration, the data published in this thesis about natural bogs and restored peatlands with forest drainage are the first in the Baltic States to evaluate the entire exchange of CO2 of the ecological community, taking into consideration the amount of CO2 bind via photosynthesis, by measuring this with transparent chambers.

“This is very important, since bogs in their natural state mainly store carbon dioxide, slowly bringing down the amount of carbon dioxide in the atmosphere and mitigating climate change,” Purre adds. “For this reason, it is important to know when and how this function will be restored on disturbed peatlands that have undergone restoration.”