How fine-root traits fit in plant form and function 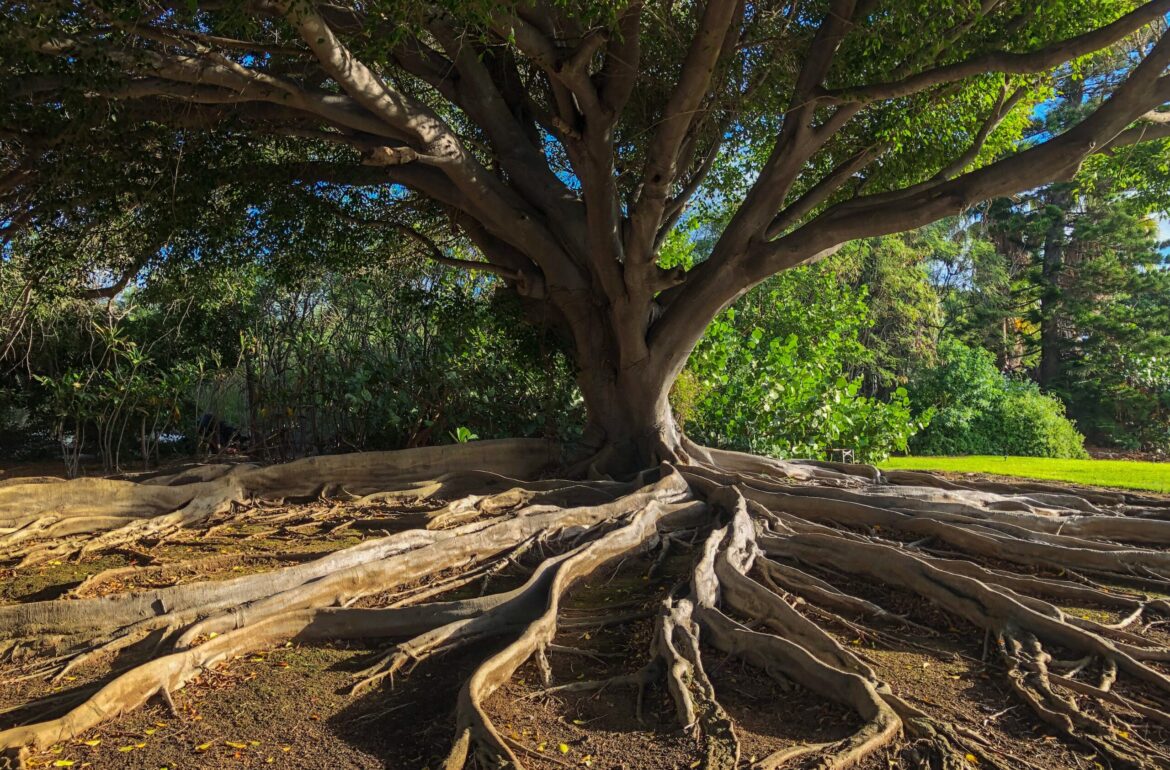 The struggle for existence has led to an extraordinary diversity of traits (features like height, seed size, leaf nutrient contents, or root diameter) among plants. A recent analysis of a global compilation of trait data reveals fundamental results for plant ecology: the aboveground traits of a plant do not reveal much about its fine-root traits, and the diversity of plant traits is consistently lower below- than aboveground.

Plant species vary greatly in how efficiently they convert sunlight into organic matter, how fast they reproduce, how much nutrients and water they need, how much carbon they store, or how fast their tissues decompose, among other things. The way plants accomplish all these functions depends on their functional traits – characteristics that determine their performance and also their effect on the structure and functioning of ecosystems. For example, plants with softer leaves decompose faster, which accelerates nutrient cycling, whereas large and long-lived trees can store carbon for much longer than smaller and short-lived grasses. Different solutions in the struggle for existence have led to an extraordinary diversity of traits among vascular plants, e.g. the size differences between tiny duckweeds and gigantic sequoias, or the less than 1 microgram seeds of some orchids compared to coconuts that can weigh more than 15 kg.

Traits can provide information about how plants will respond to changes in environmental conditions, such as global warming, and how they affect the functioning of ecosystems. Because of this, ecologists are increasingly using traits to understand how ecosystems function and to predict their future. However, plants have many different traits, and understanding which are the most important is complicated. So far, research has mainly focused on aboveground plant organs and traits, while the characteristics of roots have not been properly considered. One way to move forward is to analyse the variation and coordination of above- and belowground plant traits. For example, tall species generally have bigger leaves, denser tissues, and larger seeds than shorter ones, and species with thick roots tend to be not so efficient in exploring the soil; traits are not completely independent from each other.

A research group from the University of Tartu in collaboration with researchers from Argentina and Canada took on the challenge to compile data on the aboveground organs and the fine roots (which are crucial for acquiring nutrients and water) of thousands of plant species from all over the world. This unprecedented global summary of the variation in plant traits was just published in Nature. One of the leading authors, Dr Carlos P. Carmona, explains, “We combined different plant trait datasets including aboveground traits (such as plant height, seed mass, wood density, leaf nitrogen content) and belowground traits (the diameter, the nitrogen content, and density of fine root tissues). One very interesting result is that the aboveground and fine-root traits of species are fundamentally decoupled so that the aboveground functional strategy of a plant does not reveal almost anything about its fine-root strategy, and vice versa. For example, sunflowers and pines, despite having very different traits aboveground, are actually quite similar in terms of their fine roots, whereas some species that are quite similar aboveground, such as the bellflower and the parsnip, have very different fine roots.”

This result goes against the predictions of the so-called ‘plant economics spectrum hypothesis’. As another of the main authors, Dr Riin Tamme, explains, “The plant economics spectrum hypothesis predicts that all plant aspects should be coordinated. This means that plants with very thin leaves and high nitrogen content that can perform photosynthesis very efficiently but are not very good at retaining the gained nutrients for a long time should also have thin roots with high nitrogen content. Our results show that there is not such a simple and general fast-slow continuum in plants’ strategies that operates across all plant tissues.”

The research group then explored how different groups of plants are organised in terms of their aboveground and fine-root traits, finding that the diversity of plant traits is consistently lower below- than aboveground. Dr Tamme continues, “We wanted to explore how herbaceous and woody plants, or various plant families differ when considering aboveground and fine-root traits. We found that groups of plants mostly differ in their aboveground traits but tend to be much more similar in terms of their fine roots. We think that this might be because the aboveground parts of plants are exposed to a much more diverse environment than the belowground parts, including major variations in light availability, herbivory by large animals, or fire. Such diverse conditions could have promoted very different alternative strategies in plant species that are better adapted to each particular condition.”

This, in turn, also affects the diversity of above- and belowground strategies within large ecosystems, as explained by Dr Guillermo Bueno: “When we analysed how similar to each other are the species that inhabit the same biome, we found that in areas where trait diversity above the ground is high, fine-root diversity tends to be low, and vice versa. This pattern seems to be driven by different responses of above- and belowground diversity to productivity, so that very productive parts of the world tend to have species that are similar in their aboveground parts but have larger differences in their fine roots. This is a very interesting result because it shows that, at least at the large scale, there is a strong trade-off between diversity in above- and belowground traits.”

Regarding the significance of these results, Dr Carmona concludes, “The description of the characteristics of this whole-plant functional space opens a wide array of research possibilities, some of which are crucial to understanding and forecasting the effects of global change on ecosystems. A major advantage of considering a higher number of fundamental dimensions in plant trait variation is that it increases our ability to predict ecological patterns across environmental conditions. Moreover, we know that trait diversity has important consequences for ecosystem functioning. Therefore, improving our ability to predict changes in the traits of species will help us to understand how global change will affect biological communities, which is one of the most pressing issues for humanity nowadays. “