Skydivers have adventurous spirit in their genes, but it is hard to detect 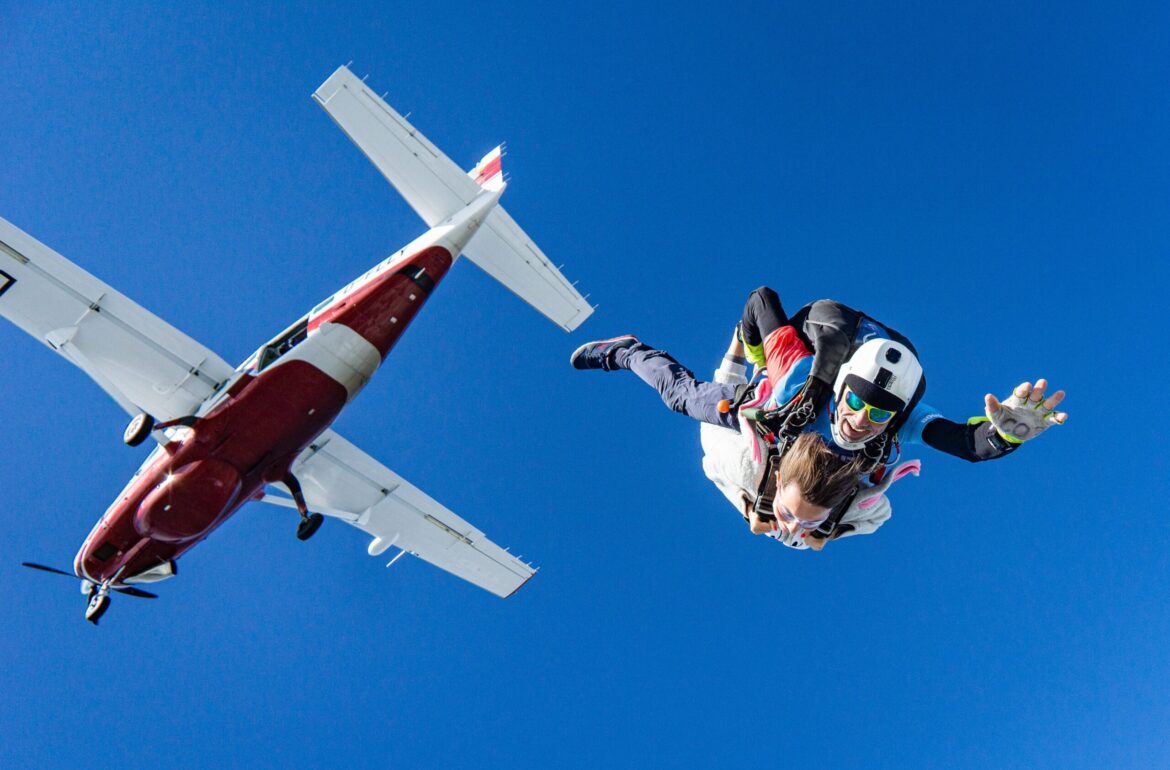 People take all sorts of risks every day: dangerous overtaking on roads, investing, eating new and interesting foods, and so on. But the need for excitement and adventure varies from person to person. Researchers from the University of Tartu Institute of Psychology collaborated with their colleagues from the Estonian Genome Centre to study people’s risk-taking behaviour which is oriented toward feeling excitement.

A research team led by Anu Realo, currently a Professor at the University of Warwick and member of the Estonian Academy of Sciences, examined in depth the people’s detailed personality profiles and studied whether excitement-oriented risk-taking is somehow linked to genes. The study had two main objectives: to find a set of personality traits most strongly associated with risk-taking behaviour, and find out whether genes determine the extent to which people seek excitement in their life.

The sample of the study included people who had made at least one solo parachute jump. Liisi Ausmees, Research Fellow in Personality and Social Psychology at the University of Tartu, says that the study of skydivers is a good way to learn about the causes and links of adventurousness and risky behaviour.

The sample consisted of 298 Estonian skydivers of 16–69 years of age, 35% of them were women. The skydivers’ genetic and personality data were compared with those of the 298 members in the control group, who matched in terms of age, gender, and educational level. These data were obtained from the biobank.

Comparing a group of people with a disease or an extreme trait with a control group who does not have the same disease or trait is a common practice in genetic research, as it allows to compare the frequency of genetic variants.

In this study, researchers looked in the skydivers’ DNA samples for gene combinations that would explain their urge to jump out of the airplane. Also, the involvement of the control group enabled to more accurately identify the skydivers’ personal traits, as both the skydrivers and the control group had completed a comprehensive personality questionnaire.

The comparison of skydivers and the control group revealed that the former had a distinctive personality profile – in addition to higher adventurousness the skydivers were more active, liberal and open to different experiences. They were also more stable emotionally, i.e. less anxious and less vulnerable than members of the control group. As an interesting finding, Ausmees pointed out that although the skydivers were not more impulsive than the control group, they were still somewhat prone to do things without careful consideration. “This suggests that skydivers are spontaneous but they do not have problems with self-control,” she said.

However, not everyone who is emotionally stable, open, active and enjoys excitement will go skydiving. To get to the really deep reasons for people to skydive, the researchers analysed the differences in personality profiles between the members of the two groups at the most detailed level, across 240 items of the personality questionnaire.

The researchers compared the responses to identify the specific statements or personality traits that most differentiated the skydivers from the control group. These eight most important traits were referred to as skydiving-related personality markers (SPM) and were grouped into SPM score. In this score, the best predictors of willingness to skydive are the enjoyment of risky and exciting situations, the ability to resist one’s cravings, the tendency of letting imaginagion fly, being liberal in moral principles and not feeling helpless.

The same score was later used by the researchers in the second part of the study, where they analysed the personality and genetic data from more than 3,000 gene donors who were not known to have skydived. They found that people with higher skydiving personality scores were more active physically and, to some extent, also psychologically healthier than people with lower scores. “However, people with higher SPM scores were more likely to suffer from traumatic injuries, which may indirectly indicate an adventurous and active lifestyle,” said Liisi Ausmees.

The most important “candidate genes”, i.e. genetic polymorphisms that have been previously related to adventurousness, in the skydivers and controls were compared. Although some genetic differences could be detected, the associations were not strong enough to suggest a causal effect of a particular gene. In the case of personality traits, which are multifaceted by nature, the genetic background is likely to be highly complex. Probably many genes and their interaction also play a role in adventurousness.

Anu Realo said that parachute jumping is just one possible way to satisfy one’s thirst for experience. The results of the study show that people who go skydiving rather tend to be emotionally more stable, less impulsive and more opened to new experiences.

The research study grew out of a master’s thesis written at the University of Tartu Institute of Psychology by Maie Talts.  She is an experienced skydiver, who made her first jump 21 years ago.

Environment has its influence

Tõnu Esko, Professor of Human Genomics at the University of Tartu, said that actually it is not that simple that if parents are excitement-seeking, the child would inevitably inherit the same trait. Beside the genes, also the environment in which you grow plays a big role. “How much does genetics influence us and how much environment, however, is hard to say,” Esko said.

“As children, we are like our parents for many reasons: on the one hand, we have our parents’ genes, but on the other, we get our attitude to life from home. If the parents are constantly trying out new things, like skydiving, for example – as children, we take on the same habits from home.” This is only true, however, if no deep trauma is involved, which could make the person consciously avoid the activity.

Professor Esko said, as an example, that intelligence is also seen as inherited, but no one will get to the university or become a professor without schooling. Thus, an environment that supports learning is definitely a big influence.

The overall message of this research, according to Esko, is that people are different – both in terms of where and how they grew up, and because of the combination of their genes. “If your life partner is a sensation-seeking person, there is not much chance that he or she would change, so you just have to put up with it,” he said.

The article was translated and published in English by University of Tartu. It was initially published in Novaator by Sandra Saar.