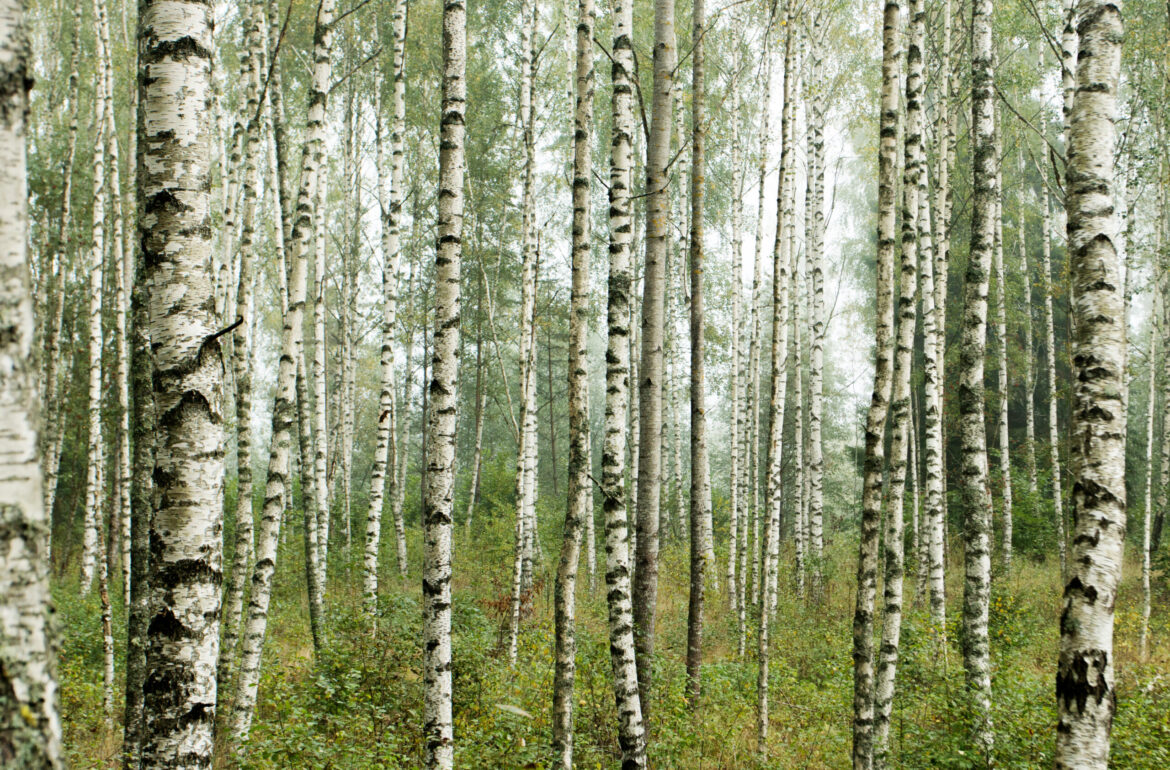 Despite the warming climate causes extension of the growing season in northern Europe and the amount of carbon dioxide needed for photosynthesis increases in the air, the acceleration in tree growth may be less than expected. The study carried out with the University of Tartu shows that under warmer conditions trees also need to use more energy than in colder climates to produce defense compounds.

Plants produce various chemical compounds for their life. They mainly produce substances like sugars, starch, cellulose, amino acids, etc. “At the same time, plants also produce thousands of other compounds. Such compounds are not essential for growth, but they are still important for plant life and survival,” says Associate Professor of Applied Ecology Arvo Tullus from the University of Tartu.

Secondary metabolites have a wide range of functions, but most importantly they protect the plant from adverse external effects. For example, plants face threats from herbivorous mammals and insects, fungal diseases, excessive exposure to light, including UV radiation and high temperatures.

These substances, when released into the soil, can also inhibit the growth of competing plants. Many secondary metabolites found in plants are used in medicine. Acetylsalicylic acid, or aspirin, is probably one of the best-known examples.

Plants use some of the energy stored through photosynthesis and the absorbed carbon to produce defense compounds; there is a so-called growth-defense trade-off. Specifically, this means that some species and genotypes contribute more to growth and therefore less to self-protection and vice versa. In addition, the growth-defense trade-off is dependent on environmental conditions. Climate change is causing temperatures to rise and carbon dioxide levels in the air also continue to rise, which could at least initially promote tree growth in northern Europe and elsewhere at higher latitudes.

Competition between trees for growth resources (mainly light, water and minerals) determines the amount of energy available to each tree in a forest stand for growth and metabolism. In forestry, people employ thinning to regulate competition.

In nature, however, competition results in the self-thinning of forest stands. For this reason, young forests tend to be denser than old forests where increasingly fewer trees are left with growth resources and space as the trees grow in size.

To study the effects of temperature and competition on the levels of defense compounds in trees, samples were taken from leaves and fine roots in six silver birch forest stands along a 1400 km north-south latitudinal temperature gradient from Skåne in southern Sweden to Lapland in northern Finland.

The mean annual air temperature in this stretch ranges from -1 to +8°C. Samples were collected from larger, i.e dominant, neighbouring trees as well as from smaller (suppressed) trees with less vigorous growth. Liquid chromatography was used to determine the content of polyphenolic compounds in the samples. These compounds make up a proportion of all the defense compounds produced by plants.

Results analysis showed that silver birches contained significantly more defense compounds in the south, where the climate is warmer, as opposed to the north. This trend was more prevalent in leaves than fine roots. Among other things, competition status affected the content of compounds that protect leaves from excessive light. Trees growing in semi-shade, i.e. trees that are not as tall as their neighbours, need less of these substances.

Overall, birch stands in the north displayed a greater difference in the amount of polyphenolic compounds and hence the amount of substances available for use for primary protection against harmful organisms between dominant and suppressed trees. Therefore, in colder climates, sparser forest stands could provide trees with a better ability to protect themselves.

The results are consistent with the latitudinal herbivory-defense hypothesis. Warm climates provide more favourable conditions for plants as well as for herbivores, who can then consume a larger relative amount of plant biomass than in cold climates. This is also why plants in the south have a higher level of chemical defence.

On the other hand, the results reflect the stronger irradiance levels in the south during the growing season. Although the content of defense compounds also declined in fine roots towards the north, this downward trend was less prevalent than in leaves, meaning that the relative contribution of trees to root protection is greater is colder climates. This shows that root foraging in particular, as well as competition for soil resources, are more important in the north than competition for light.

In conclusion, it can be predicted that as the climate warms, the amount of defense compounds in the trees and plants growing in our area will also increase. The northward spread of various plant pests and diseases has also been confirmed in recent decades.

In other words, the expected increase in the growth rate of trees resulting from a warming climate may be more modest than expected, because as forest damage becomes more frequent, so does the need for protection against adverse external effects.

Scientists from the University of Tartu, the Estonian University of Life Sciences, the Forestry Research Institute of Sweden and the University of Eastern Finland took part in the project that investigated the role of light competition and root competition, the growth of deciduous trees and climate change. The results were published in the scientific journal Frontiers in Plant Science.