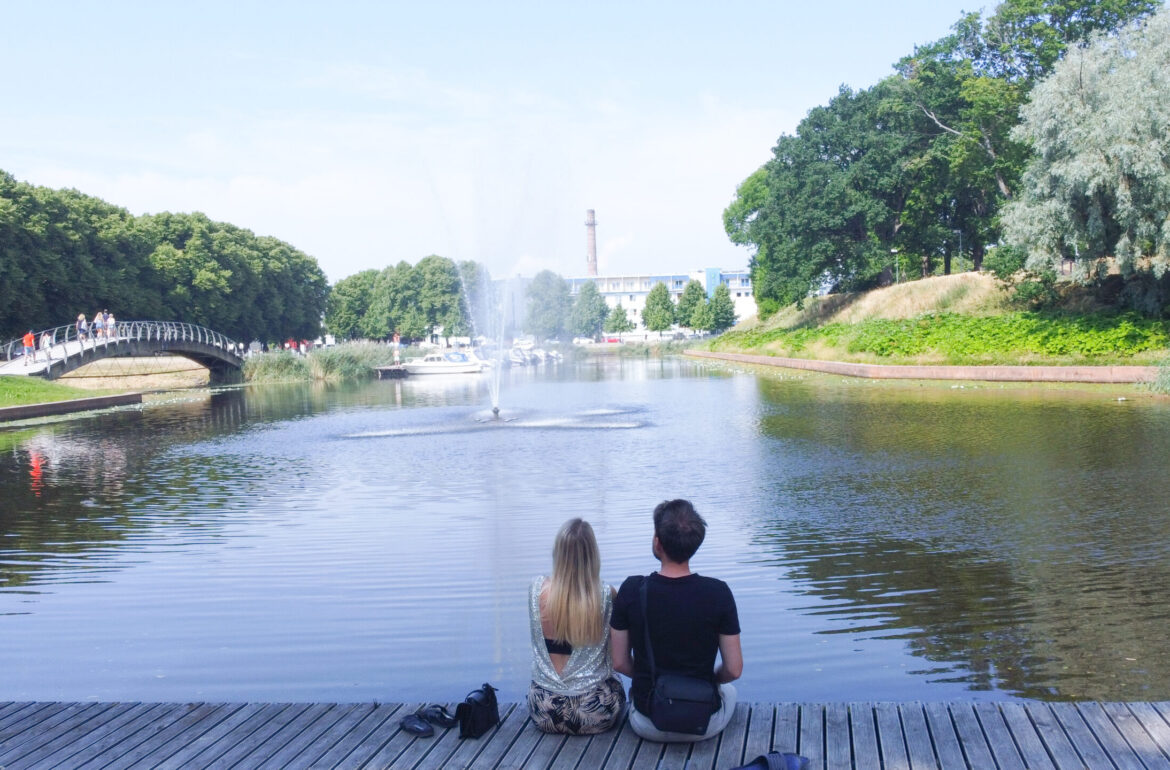 If you have any experience with urban design, then the terms green space and green infrastructure are probably familiar to you. These are the parks, the trails, the woodlands that are protected and cultivated to enhance people’s sense of mental and physical wellbeing. But what about lakes, rivers, streams, and seas? If anything, such blue spaces are just as important.

“When people want to be in nature, what kinds of places do they want to go to? They want to go to the seaside, or to a lake, or to a river,” said Simon Bell, chair professor of landscape architecture at the Estonian University of Life Sciences in Tartu.

“Water is an attractive feature, you feel closer to nature when you are by the sea, can see the horizon, feel the power of waves,” he said. “Water is changeable, you can go to the same space on a tranquil day and get mirror-calm water, and the next day there will be a raging storm.”

This volatility or changeability in blue spaces is what makes them so compelling, Bell argued, as each visit to a water area can be different. It’s an outlook that catalyzed BlueHealth, a €6 million EU Horizon 2020-funded project that ran from January 2016 through December 2020, and was led by the University of Exeter in the UK. It also involved nine participating institutions from Italy, Spain, Greece, Sweden, Switzerland, and the UK and Estonia.

According to Bell, the Estonian University of Life Sciences was a particularly valuable addition to the BlueHealth team as the discipline of landscape architecture, represented by his chair, has decades’ worth of work in restoring docklands, harbours, and rivers. Estonia does have 3,800 kilometres of coastline, and more than 2,200 islands, meaning the researchers were well versed in understanding how to integrate blue space into urban design.

“Of the partners, we were the only ones who are landscape architects or involved in urban planning and design and spatial planning,” noted Bell. “We were the ones with expertise on how to take evidence that blue space is good for you and then to implement it in our experimental interventions.”

The BlueHealth study was a wide-ranging initiative with numerous outputs. One such output was the creation of a number of tools that can be used by policymakers and urban planners to inform their decisions regarding blue infrastructure. The BlueHealth toolbox consists of six online tools.

One such tool is the BlueHealth Environmental Assessment Tool or (BEAT), which developers claim can be used to maximize the health and wellbeing benefits of blue spaces. Another one of these offerings is the BlueHealth Behavioural Assessment Tool or (BBAT), which supports non-participatory direct observation using a geographical information system (GIS) software-based approach and portable devices. A third important resource is called BlueProfiles. It offers a searchable set of inspirational designs for different blue spaces collected from around the world.

“These tools help you to determine who is using the space, the negative parts of it, and what you need to focus on,” said Bell. “Then you can develop a solution and do something that is tailored specifically to that site,” he said. “Afterwards, you can also go back and see if it worked by repeating the assessments.”

BlueHealth also led to a number of experimental interventions in participating countries, including in Estonia. Two specific sites that were selected for interventions were Anne Kanal, a waterway in Tartu adjacent to the Emajõgi River, and the Kopliranna area in the capital Tallinn. In both cases, the researchers used the tools and insights gained from the BlueHealth initiative to inform these spaces. For Anne Kanal, a series of wooden boardwalks and benches were installed to support sports and recreation activities in an area of the city that was popular among residents for recreation previously, but lacked accessibility. A similar wooden structure, accompanied by benches and garbage bins, was introduced at Kopliranna, providing better access to the area, while addressing public concerns about accessibility, trash, and drug use. It also provided greater opportunity for visitors, such as seasonal swimmers or ice skaters to rest near the water or enter the sea.

Mart Külvik, a landscape conservationist at the Estonian University of Life Sciences, was involved with these efforts. He said that the significance of BlueHealth was that knowledge was gained about blue infrastructure. “It’s important because knowledge of how the environment, including the aquatic environment, influences a person’s wellbeing was not well known,” Külvik said. “There were a few studies about how the green environment influences people, but until the BlueHealth project, the aquatic portion had not been wholly studied in detail,” he said.

He noted that the tools developed by the BlueHealth project were especially valuable in designing solutions, such as the projects at Anne Kanal and Kopliranna.

While BlueHealth ended in December 2020, the project continues to yield scientific papers, such as a paper on the health potential of urban water that appeared in the journal Cities in February, and to which Külvik contributed as coauthor. A very significant publication has been a book, Urban Blue Spaces, which was published by Routledge in September 2021. The book is being made available through Open Access, which will allow it to reach more of its intended readership: policy-makers and landscape architects. “That is an important dissemination tool for a very key target audience,” Bell said.

And, according to Bell, there is a lot more to come.

“There are quite a lot of papers on the way, and outputs of the research in the pipeline,” Bell said. “You accumulate so much data in these projects that you can never publish it all by the time the project wraps up.”

According to Bell, BlueHealth has raised awareness of blue spaces and blue infrastructure in a way that did not exist before. It has also enabled the Estonian University of Life Sciences to develop new competencies and research capacities that it is now channeling into new projects. One of those, called Wave, was funded in 2020 with a budget of €326,000, through the EU-funded ERASMUS+ programme and is set to wrap up later this year. The Wave programme is focused on developing and running a new course between universities in Germany, Romania, Belgium, Italy and Estonia, focused on the sustainable development of water areas and floodplains in urban contexts in Europe, Bell said.