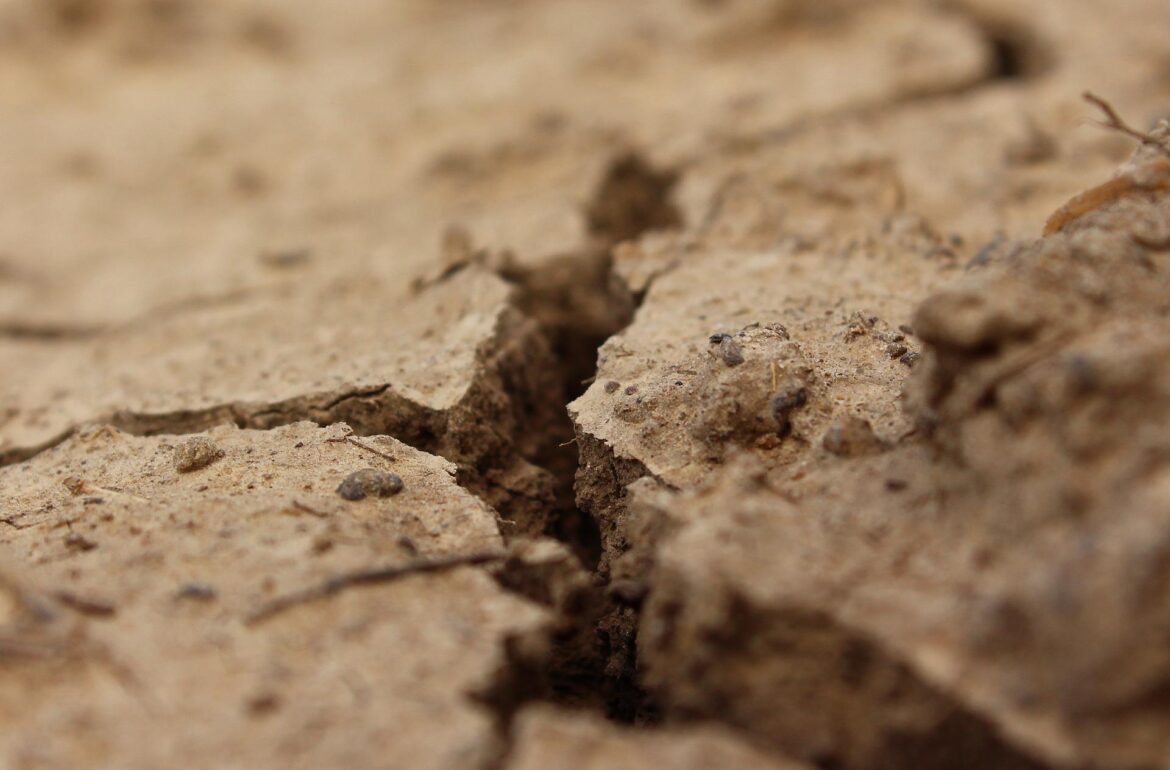 Kaarel Mänd researches the environment of ancient Earth together with Estonian and foreign colleagues at the Institute of Ecology and Earth Sciences of the University of Tartu. His field of study is also indirectly related to biology, more precisely to the emergence of eukaryotic life on Earth. Another chapter on the origin of oxygen on Earth recently appeared in the Earth and Planetary Science Letters journal. Marko Mägi (UT, Institute of Ecology and Earth Sciences) had a conversation with Mänd about life and geology.

Under the leadership of geologists at the University of Tartu, events that took place billions of years ago have been researched quite a lot within the last decade, more specifically the Great Oxidation Event. What is this event?

In the Department of Geology at the University of Tartu, led by Kalle Kirsimäe, we are researching free oxygen when it first appeared in the Earth’s atmosphere – this is called the Great Oxidation Event, which was caused by the activity of photosynthesising cyanobacteria. In turn, oxygen may have contributed to the rapid development of life and made possible the emergence of complex or eukaryotic life.

We are not pushing back the boundaries of life as such, as fossils and chemical signatures in rocks have already pushed it back so far that we do not have access to it. Nor are we studying the oldest temporary “whiffs” of oxygen, which may be older than 3 billion years. However, we can find out from rocks when oxygen became a fixture in the atmosphere. There are clear chemical signs that this happened about 2.5 billion years ago, but still at quite low concentrations. Instead, the first signs of high oxygen levels are still contradictory: we can only be sure that there was enough oxygen for complex life just 600 million years ago.

How far back and where did you look for evidence?

The material we studied comes from the middle of the Earth’s history, meaning it is about two billion years old. We weren’t that interested in whether there was oxygen on Earth at that time. We already know that to some extent there was. Rather, we were interested in how it developed: whether the amount of oxygen decreased, increased, or was constant. In this research we looked for the first time at how consistent the presence of oxygen was, as this could have had a significant effect on the development of life on Earth.

It’s hard to ask oxygen how much of it there was during ancient times. For that, you probably had to use more indirect methods?

That’s the way it is. For this study, we focused on chromium isotopes, which confirmed the results of our previous studies. Geochemists like me deal with trace elements that are rare in rocks, but the relationships between the various elements or their isotopes gives an idea of ​​what the situation was like on Earth during ancient times, including oxygen levels.

We have sometimes been accused of so-called stamp collecting – first we examine one element, then the next until the whole periodic table is flipped through. This is important though because each element reacts to somewhat different aspects of the ancient environment and in the end we get a more complete and nuanced picture of the past.

Chromium has a special relationship with oxygen. It is found initially in igneous rocks. When these rocks open up on the ground and are weathered, chromium moves to rivers and then to the ocean, eventually being deposited in newly-formed sedimentary rocks.

However, in order for chromium to be weathered in the first place, it needs to be oxidised, i.e. its electrons must be removed, and more than for most other elements, this requires a high level of oxygen in the atmosphere at the rock exposure site. It also leaves an “anomaly” in the chromium isotope composition. Based on the metals we have studied earlier, we found out how much oxygen there was in the ocean, but now we have more direct information about the oxygen in the atmosphere.

Have your results been confirmed anywhere else in the world or are you, so to speak, the pioneers?

The time period we studied, about two billion years ago, is part of a 500-million-year period right in the middle of the Earth’s history. Before and after this period, there is convincing evidence of relatively low levels of oxygen, but during the period we studied, many scientists have found traces of relatively high levels of oxygen using a number of chemical indicators.

Previously, however, we did not precisely know how long these oxygen levels lasted. They could have been isolated periods of about 10,000 years during which traces of oxygen were stored in the rocks. According to our chromium data, we can now say that was the first very long oxygen-rich period in the Earth’s history – tens of millions of years, probably more than a hundred million years.

How deep do you have to dig to find such data? Recently, drilling was done to a depth of more than 700 meters in the Jõhvi magnetic anomaly area.

The material comes from a borehole about three kilometres deep in the Onega region of north-western Russia. Three kilometres may seem like a remarkable depth to most people, but it is not that uncommon in geology. Mineral resources, such as oil, are drilled from quite deep. In Estonia, however, we have never drilled to that depth and my material, as well, does not come from the bottom of the hole, but from a depth of around 500 to 2000 metres.

Can we also read about the secrets of Lake Onega in the future?

The Onega area is unique – the deeper you drill into the history of the land, the worse the preservation of rocks from that time becomes. However, the rocks of Lake Onega are old and relatively well preserved. Since the place is unique, it will probably continue to be researched thoroughly and we will keep learning new things.

I did chemical analysis of the rocks. Measuring each isotope is a big undertaking, because you need the correct methodology to get exactly the element you want. As a student, I learned many methodologies, but many things still didn’t work as expected and in the end my colleagues had to rework the measurements a bit (laughs), but the interpretation of the results is still mostly my own. Once we learn new methodologies, we can expect new results.

As a zoologist, I know that tissue samples collected need to be analysed quickly because the sample decomposes over time and loses quality. But a rock is a rock and I suppose nothing happens to it, or does the core sample ripped deep out of the Earth spoil when it reaches above ground?

That is a good observation. It is true that in the geologists’ basement at the University of Tartu there are, for example, old samples from drillings from the 1960s that we use to study graptolite argillite. With these samples, the thing is that you can’t trust it fully any more because time has done its job – sulphur and organics have oxidised and some of the material has decomposed.

That is why it is necessary to renew the core samples from time to time, and that is what the Estonian Geological Survey is currently doing. In the past, Estonia was drilled quite thoroughly, but many of the materials have not been preserved well enough to allow for modern analyses.

Shungite comes up in the research, which may catch the eye of those interested in magic stones and magic itself. What does a geologist think of the magic of shungite? To me, you might as well carry gravel around in your pocket.

The Lake Onega area is, indeed, where shungite comes from and our three-kilometre-long drill core also went through the shungite layer. I am not aware of any magic powers of shungite. Rather, I’m sceptical because it contains toxic heavy metals. Tsar Nicholas II is said to have ordered soldiers to put shungite in their drinking water to heal the body, but I would not do that purely because there is also uranium in it, for example.

Granted, the amounts of these toxic components are small in shungite, but that does not mean that common sense and caution should be abandoned – do not trust everything you hear. It’s funny to read and hear legends about shungite because I’ve worked with it a lot. If all that is said turns out to be true, I am probably very close to immortality or to very good health.

Let’s come back to the origin of life. Data found by you and your colleagues show that there was a significant amount of oxygen on Earth 2.1 billion years ago, but it took another 0.5 billion years for the first complex organisms to emerge. That does not sound logical at first glance – why the big time difference? Or do we have to rethink evolution in the light of the new data?

This is one of the main reasons the oxygen of the past should be studied – its effect on the development of life. We tried to fill this knowledge gap that you highlighted. Fossils and molecular clocks show that eukaryotic or more complex life forms, our predecessors, may have originated 2.5–1.6 billion years ago. The reason for their emergence was thought to have been the presence of a sufficient amount of oxygen.

Today, however, we know that oxygen permanently appeared in the atmosphere much earlier, about 2.3 billion years ago. However, the first definite eukaryotic fossils are only 1.7 billion years old – about 700 million years, which should be a tremendous time for evolution, seems to be missing.

A number of explanations have been suggested for this gap. For example, the oxygen levels may not have been high or constant enough, but this is exactly the theory we refuted with our research – the amount of oxygen was abundant and stable. Thus, if we look for reasons eukaryotic life came much later, lack of oxygen is not one of them.

Geologists cannot fill this gap in time, but there may be any variety of ecological reasons at fault. It is possible that complex life did exist, but fossils have not been preserved or found. However, we also know that 1.7 billion years ago diverse microscopic fossil communities appeared on different continents at more or less the same time, which argues against this. It is possible that before then, organisms did not have enough complex parts that could have been preserved.

Another possibility is that the types of rocks formed at that time did not support the preservation of fossils. Finally, perhaps evolution really did just take that much time to occur. There is no single definite answer.