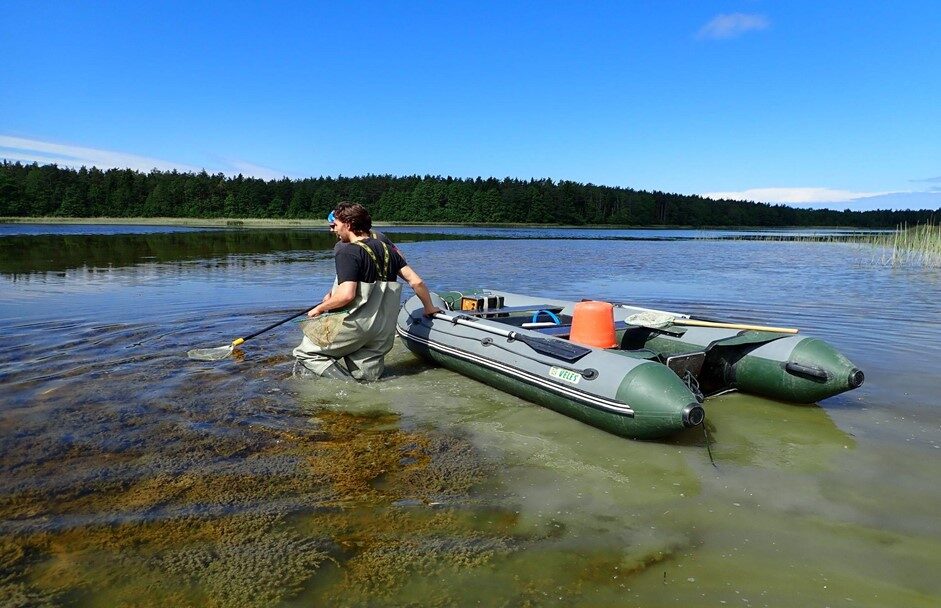 A new study authored by an Estonian research team has detailed the genetic structure of Northern pike, Esox lucius, in the eastern Baltic for the first time. The work, supported in part by the Estonian Research Council, yielded multiple insights and findings that could be used to preserve pike stocks in coastal waters, inform future restoration projects, and even settle illegal fishing disputes.

The work will appear in the October 2022 issue of the journal Fisheries Research. Researchers from the Estonian University of Life Sciences and the Estonian Marine Institute at the University of Tartu also contributed to the paper.

According to Anti Vasemägi, a professor of fish biology at the Swedish University of Agricultural Studies in Drottningholm, pike populations have been less studied to date, partly because of a focus on salmonid fishes, because of their economic and public importance. It is also easier to collect samples from salmonid fish near their birthplaces or from different tributaries, while juvenile coastal pike may leave their birthplace rather quickly.

“Historically, the genetic resources for salmonid fish has been more abundant while for many other fish species, including pike, much less genetic information has been available,” says Vasemägi.

The adoption by the genetics community over the past decade of next-generation sequencing however has changed that dynamic, as it is easier to sequence the whole genomes for other fish species. Vasemägi’s group, for instance, has undertaken such work in Eurasian perch and Wels catfish.

The study of Northern pike arose from an ERC project called MereRITA, initiated to support innovative approaches to monitoring and assessing marine environment and nature values in the Estonian sea area. The main aim of the call was to develop and test out new tools for monitoring marine populations and species, Vasemägi said. Pike was a species of interest, as pike abundance has been in decline for years. Also, data was just lacking on coastal pike populations, he noted.

“We did not have any information whether coastal Saaremaa pike populations form a single or multiple genetically distinct populations,” said Vasemägi.

As detailed in the study, the authors characterized the genetic structure of Northern pike populations and their temporal stability at six freshwater and one brackish water site on Saaremaa. They collected 274 samples of young pike from two cohorts and 218 older specimens and genotyped them using a panel of 10 microsatellite loci.

According to Vasemägi, the scientists used microsatellites, rather than other methods such as next-generation sequencing, because they were the most cost-effective way to evaluate population substructure. “Ideally, we would have liked to use a more genome-wide approach, such as RADseq or ddRADseq or any other genotyping-by-sequencing approach or even whole genome sequencing,” Vasemägi commented.

But 10 microsatellites yielded enough information to provide the researchers with significant insights to coastal Northern pike populations. They found that pike populations tended to return to their birthplaces to spawn, and because of this, populations from different sites on Saaremaa were easy to distinguish from each other, even using a few markers. The differences between the populations were particularly clear between those on the northwestern side of the island and those on the south side facing the Gulf of Riga.

Based on the findings, they concluded that pike were engaged in homing behavior to return to their birthplaces to spawn, supporting a stable genetic population over time. The introduction of foreign fish to different spawning grounds should therefore be avoided in order to preserve the existing population structure.

“The most important finding of this study is that Baltic pike is separated into genetically rather distinct populations and it seems that more or less every bay or spawning ground supports its own pike population,” said Vasemägi. “What follows is that we really need to conserve and monitor the pike populations locally, otherwise we can easily lose genetically unique populations forever.”

Based on the data presented in the study, the researchers posit that it is now possible to estimate the contribution of each pike population from a mixed sea catch. And the same markers could be used to resolve illegal fishing or poaching cases, because it will be possible to determine how likely each fish belongs to a certain population.