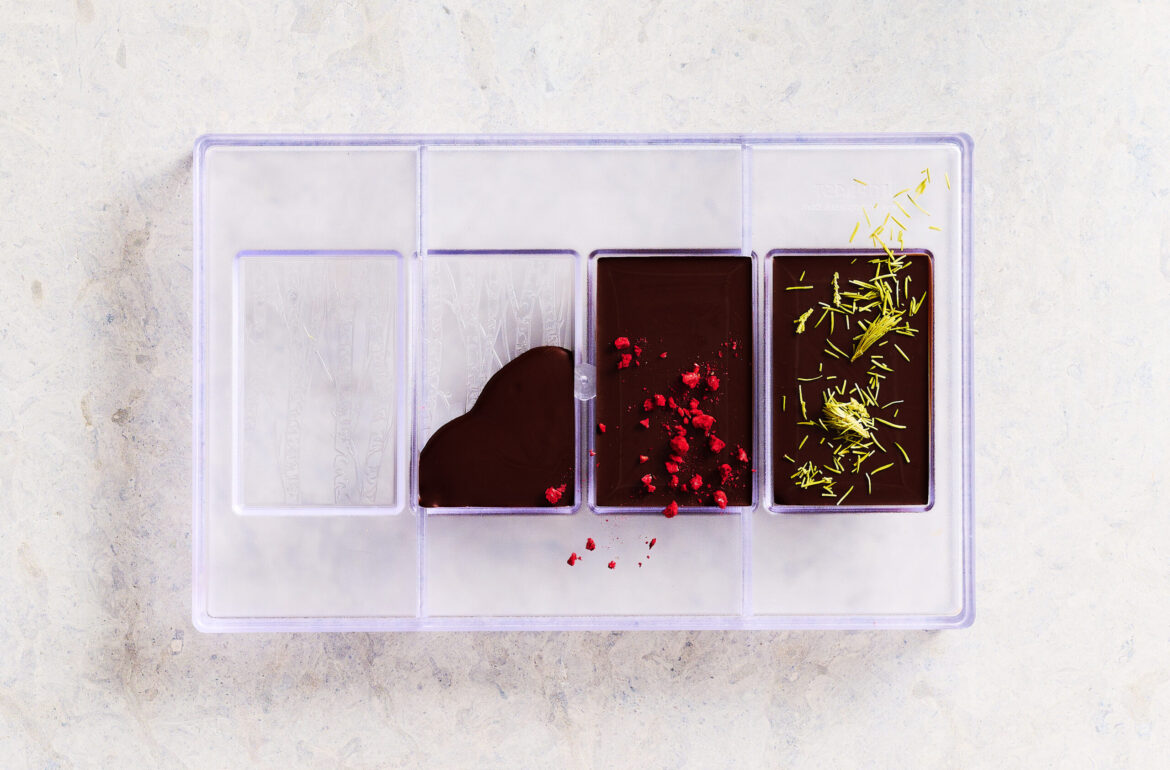 Sugar and fat are killing us, so an Estonian chocolate maker uses science to make treats healthier.

“I can’t allow the dreams of a better tomorrow to remain a secret,” said Alar Kolk, an engineer, and U.C. Berkeley lecturer, when he started working with a chocolate maker Kristi Lehtis. “I also can’t allow dealing with small problems that have no impact.”

As a scientist and President of the European Innovation Academy, Kolk is all about inventing new products. Regularly jumping between the US and Europe, he is always thinking big. When Kolk took a small chocolate boutique, Chocolala, under his wing, he was determined that anything less than disrupting the whole nutrition sector in the US would just not do.

For nearly a decade, Chocolala had moved at a much slower pace. Lehtis had left her job as a lawyer and opened her chocolaterie to spend more time with her family and to do what she loves: spreading sweetness!

Her chocolaterie in the old town of Tallinn, the capital of Estonia, is known for handmade sweets and experimenting with local produce. Sometimes Lehtis picks reindeer moss from the forest herself and adds it to her chocolate.

When Kolk joined as a mentor and brought his ambitious ideas with him, Lehtis was sold. He sounded convincing.

Lehtis, in any case, is rather adventurous.

A couple of years ago Chocolala turned to science in the search for new products. The University of Tartu proposed adding probiotics to the chocolate. Marika Mikelsaar and Mihkel Zilmer discovered lactobacillus fermentum ME-3 in 1995, and it was already in yogurts sold in Estonia – so why not chocolate? Its antimicrobial and antioxidant properties help with digestion and strengthen the immune system. Munching chocolate that is good for you, what could be better than that?

It was now easier for parents to give their children probiotics too.

At the beginning of 2022, Chocolala entered an acceleration program where Lehtis met her would-be mentor Kolk.

With a background in the food and health industry, Kolk told Lehtis that Chocolala has the potential to disrupt the eating habits of millions and not just three people.

“I finally see how the mindset is changing in Estonia,” Kolk told Research in Estonia. “Scientists and entrepreneurs are pinning down their goals as well as executing them!”

Market research showed that at least every second person in the US is struggling with obesity or high cholesterol. That means a hundred million potential adults should be opting out of consuming sugar and fat in the US alone. Kolk and Lehtis decided to turn their focus to the other side of the Atlantic.

The real struggle here is convincing millions of people to eat healthily and pay more. According to Kolk, if your product offers ten times higher value, it should be priced accordingly.

The story of Starbucks inspired him. When the three Seattle-based owners started their business, coffee was cheap and low quality. “A cup of coffee cost 50 cents back then,” Kolk explained. “Starbucks asked for five dollars per cup and made it taste good.”

Chocolate could have a similar story since most of the bars on the grocery store shelves are of lousy quality at present.

Natural cacao beans are rich in antioxidants, minerals, and vitamins. Most chocolate factories use chemical processing and roast the beans at such high temperatures that most of the goodness in chocolate is lost. Instead, it is replaced by sugar and fat, making the potential superfood a killer food.

Chocolala and Kolk want to change that. They use the latest in contemporary science to process cacao beans at low heat. How exactly this is achieved Kolk is not eager to reveal, calling it a “secret”.

To make their treats available for people struggling with obesity, they invented sugar- and fat-free chocolate. The confectioners replaced sugar with monk fruit, which is many times sweeter than sugar, natively found in China, and recently becoming increasingly popular in the US. Removing the fat from the bar meant the chocolate became powder. To this powder, they add cholesterol-lowering properties. The consumer can mix it with water for a hot chocolate instead.

They are now also working on a bar of chocolate that increases well-being and happiness, using the best available science.

“I just used to make what I liked.”

Lehtis spent the last decade perfecting her product. “I didn’t do any market research; I just made what I liked,” she explained. “Alar brought science and the focus on sales with him.”

Chocolala will now focus on selling what they have instead of experimenting with new ideas. With a background in industrial engineering and a Ph.D. in Mars transportation systems design, Kolk is a surprising addition to the dessert industry. “A human machine works similarly to the software machine,” he explained grinning. “They are the same, essentially.”

Anyone has the chance to succeed anywhere, either in Tallinn or Berkeley, Kolk believes. Data and science are accessible if you know how and where to look.

“Want to learn about processing chocolate or humanoids?” Kolk asks. “The access to knowledge is there, but the real question is – is there access to ambition?”

Kristi Lehtis spoke about her journey on November 11 during the Estonian Science Council’s annual science communication conference in Tartu.