The above will be established during Reimo Lutter’s defence of his Doctoral thesis, on Friday, at the Estonian University of Life Sciences.

If short rotation forest plantations have thus far been established at latitudes where the climate is warmer, then over the last decade the idea has begun to gain popularity in Estonia and elsewhere along the Baltic Sea.

This trend is linked to the fact that there is a growing need for renewable energy and raw timber. At the same time, the intensity of cutting in natural forests must be reduced. White birch and hybrid aspen are among the most suitable tree species for use in practising short rotation forestry under the conditions in Estonia, explains Reimo Lutter, author of the Doctoral thesis.

Since there has been little research conducted on the second part of the cultivation and ecology of fast growing forest plantations in Estonia, within the framework of his Doctoral thesis Reimo Lutter conducted repeat measurements on the growth of trees and the physicochemical features of the soil in permanent observation plots at 15 year old hybrid aspen and white birch plantations.

‘The growth rate of both tree species after 15 years of growth on former agricultural lands was double in comparison with similar site-types for birch and aspen plantations on forested land,’ said Lutter. He added that white birch and hybrid aspen plantations grow faster on former agricultural land with a wood sorrel, wood sorrel-blueberry, and ground elder site-type. Both species of tree grow slower on a hepatica site-type.

According to Lutter, the primary macronutrients found in fast growing hybrid aspen and white birch plantations has not decreased over the period of 15 years. The growth rate for both tree species was slower in soils in which the potential water supply and available phosphorous content were lower.

The work revealed that after 15 years of growth the middle-aged hybrid aspen plantations are already carbon binding ecosystems. Carbon binding has mainly taken place in the aboveground biomass of the trees, and the soils of former agricultural lands have greater potential to bind additional carbon than former grasslands.

While the carbon level in the upper layers of soil remained unchanged, an important discovery was that the carbon content of soil increased in the deeper layers.

The Doctoral thesis Process of Growth of Middle-Aged Hybrid Aspen and White Birch Plantations and Ecology on Former Agricultural Lands was supervised by Professor Hardi Tullus, and Senior Researcher Arvo Tullus and the opponent is Professor Jürgen Bauhus (Chair of Silviculture, University of Freiburg, Germany). The dissertation can be examined at the Estonian University of Life Sciences Library and the University of Tartu Library. 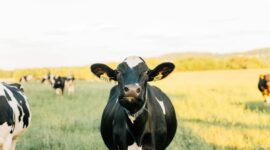