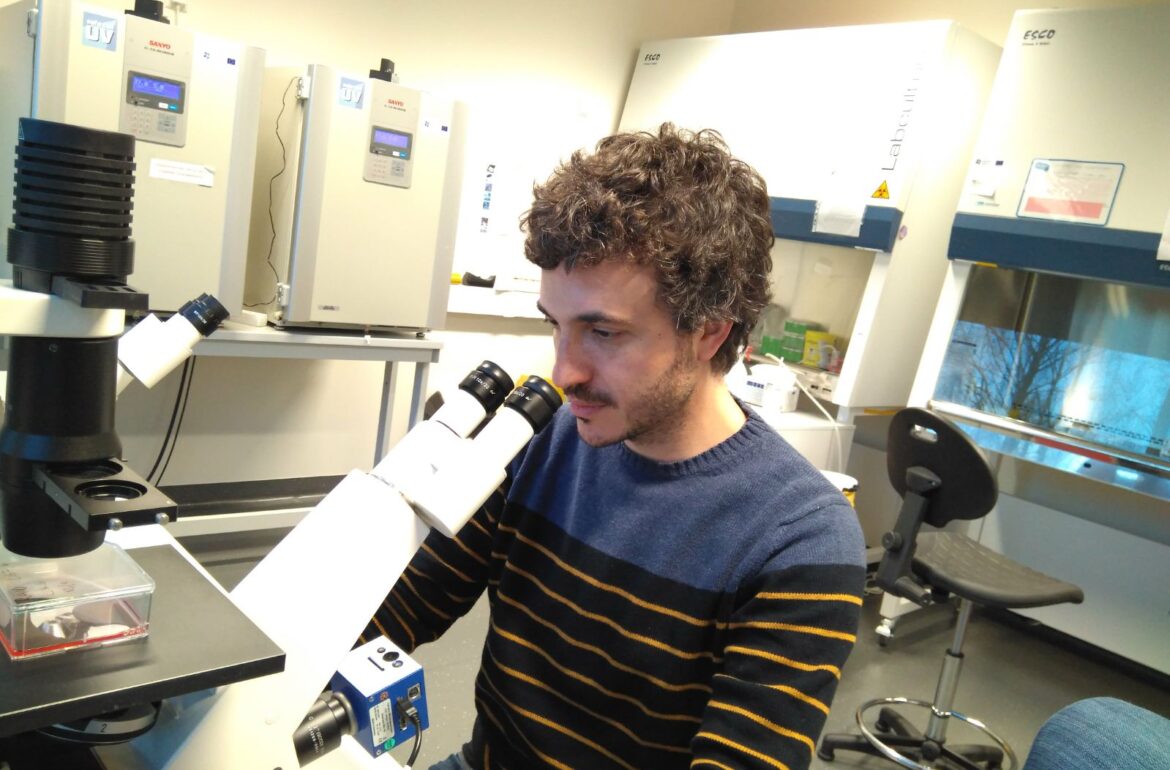 One of the lead authors of the study is Argentinian Pablo Scodeller, who has decided to tie his future with Estonia. Author: Private collection
Share

Cooperation between researchers in the United States and Estonia helps to discover changes in brain tissue, which are associated with the very early stages of dementia.

Even though the disease is one of old age, present somewhat more frequently in women than men, it shouldn’t leave anyone indifferent. In addition to deteriorating the patient’s quality of life and the relationships with their loved ones, the disease also has a big impact on the economy. Based on official forecasts, the disease, which is already costing the world billions, will become a trillion dollar disease in 2018.

Over the past few years, great strides have been made in the treatment and early detection of Alzheimer’s. One important discovery was made in California by Erkki Ruoslahti’s work group, which closely collaborated with Tambet Teesalu’s cancer biology laboratory at the University of Tartu.

A new approach, which could help in the earlier, non-invasive diagnosing of Alzheimer’s disease, was found as a result of joint cooperation between US and Estonian researchers.

The joint article by Estonian and US researchers, which was published today in the journal Nature Communications, shows that even in the very early stages of Alzheimer’s, a protein, called connective tissue growth factor (CTGF), deposits on the blood vessel walls of the brain.

‘We discovered that the protein [connective tissue growth factor (CTGF)] begins to accumulate in blood vessels in the brain even prior to the appearance of amyloid beta plaques, explained Argentinian researcher Pablo Scodeller, one of the lead authors of the study who is also working in Teesalu’s lab. He added that if metabolic disorders are already detectable in the brain, it is likely that there has been a late start to Alzheimer’s treatment. The other first author of the study is Dr. Aman Mann, from SBP Medical Discovery institute, in California.

Depicted here is the very early stage of Alzheimer’s disease in the brain of a mouse, into which the DAG peptide has been injected.

The article, which was published in a prestigious scientific journal, describes a short amino acid chain or peptide, which binds to the CTGF protein.

After injection into the bloodstream, the peptide DAG seeks out its target protein, CTGF, which, as has already been noted, already begins to accumulate in blood vessels of affected areas during the very early stages of Alzheimer’s disease. This is very important, since the peptide is able to direct small  iron oxide particles (1000 times smaller than a cell) into the affected area. The accumulation of iron oxide particles can provide contrast in magnetic resonance tomography, which helps doctors and researchers understand the extent and localisation of affected areas.

Scodeller states that their discovered peptide could detect Alzheimer’s disease much earlier than current clinically aproved AD contrast agents. Even though the study in question was performed using mouse models, preliminary testing on clinical tissue samples showed that the peptide binds to Alzheimer’s tissue and CTGF found in humans.

In a time when clinical trials for treating AD continue to fail, researchers were now able to detect an early biomarker  of the disease. Scodeller added that the DAG peptide can carry with it not only a diagnostic companion but could  also carrya therapeutic drug.

Researchers have made two main discoveries. At first, it was discovered that the protein CTFG (pictured in purple), appears on the blood vessels of Alzheimer brains much earlier than the metabolic brain disorders caused by Alzheimer’s disease. Secondly, they found a molecule, more specifically the DAG peptide (pictured in green), which, when injected into the blood, recognises the protein CTGF and is able to ‘carry’ along a payload of compounds that treat or detect the disease. Author: Pablo Scodeller and Aman Mann