Society does not treat and interpret women as heroes yet 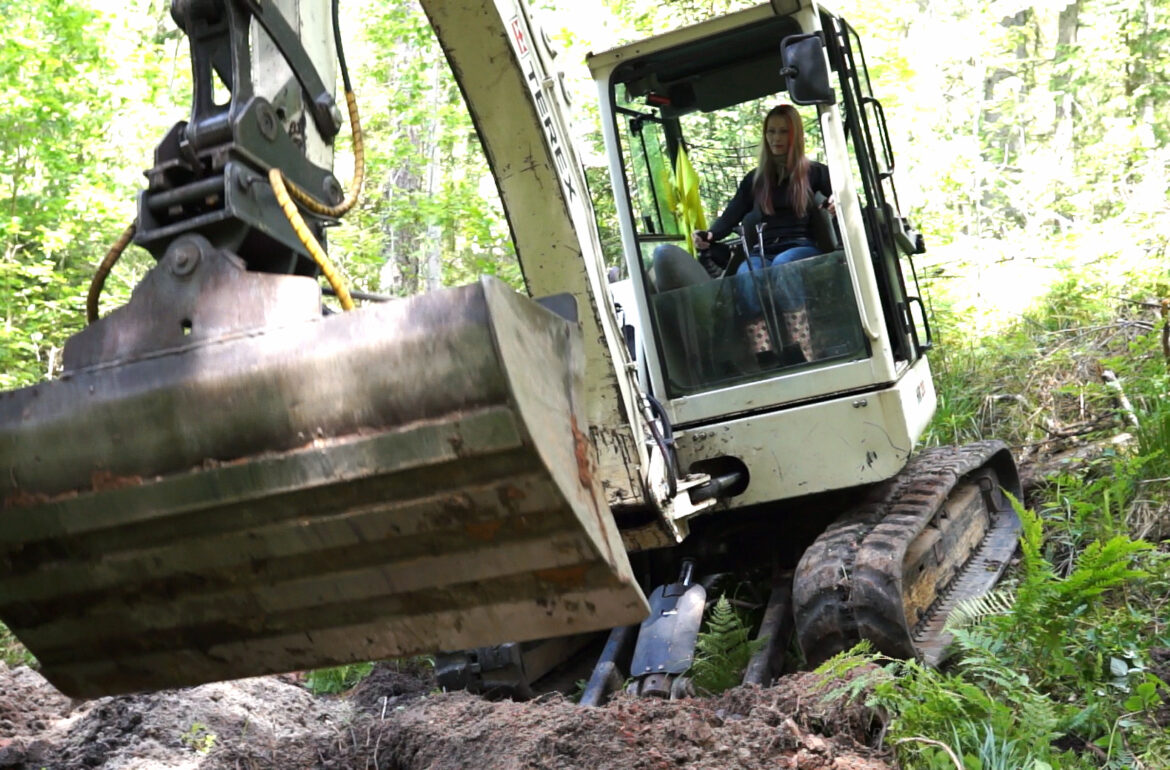 A still from author's video, “Voore linna vabastamine“ (“Freeing of Voore town“). Roots received inspiration from female tractor operators who described their work very vividly, highlighting the heavy, heroic and romantic life of women operating the machines, and decided to obtain a forklift operator’s license and began to work as a bundler.
Share

The silence breakers who launched the #MeToo campaign were selected as Time Magazine’s Person of the Year for 2017. The movement was initiated to help raise awareness of the widespread prevalence of sexual assault and harassment, especially in the workplace.  In light of this, the research topic of Fideelia-Signe Roots (PhD) is highly relevant. She defended her doctoral thesis regarding the woman as a hero recently at the Estonian Academy of Arts.

Roots said that question of  gender roles has always been important because women have constantly been victimised. “There are only a few female heroes who have importance equal to Kalevipoeg in Estonian mythology or Georg Ots in life. The idea of women as a weaker sex has been so firmly imprinted in our cultural memory that we can not see them as a heroes,“ she explained, adding “we do not notice what we do not believe and what has never come to our mind.“

Roots added that the role of the artist is to address such phenomena from a new angle and to make herself (or himself) the hero of her (or his) own research.

“In light of the #MeToo campaign, it is especially important to consider women as heroes. Cases of harrassment should be brought into the spotlight. Moreover, the idea that women who dare to talk about these cases are heroes should be a dominant theme throughout society, despite the fact they are describing situations in which where they were victims,“ the newly-minted PhD stated.

On the other hand, her research has demonstrated  that women possess a strong inner will to be better than men in the masculine specialties. “This phenomen can be explained by women’s position in the society; For the most part, women have a secondary role and because of that a stronger need to prove themselves and achieve authority, as well as material security, which would lead to greater self-confidence,“ Roots explained.

She said that her thesis is an important contribution to the history of women because she deals with forgotten issues and today’s unknown heroes, such as the female mechanic Elmina Otsman, who, during her era, made incredible achievements beyond the then-prevailing human boundaries.

“Every doctoral thesis and work of art begins to live its life after completion, when it cannot be influenced by the author anymore. So, to my surprise, I received a lot of thankful feedback from readers: the dissertation has made people think and helped them to overcome difficulties in life,“ Roots stated, adding that her goal to enhance the self-confidence of women and to begin shedding repressive prejudices is now being met.

Roots noted positively that her doctoral thesis is not only about women, but it also deals with the issue of heroism so that it also provides ample food for thought for men.  For example, she notes that on Facebook, men have more actively spoken about her doctoral thesis and given even more feedback than women.

The specific nature of the artist’s research was to involve the act of creation in the research process. Roots said while doing research she received inspiration from female tractor operators who described their work very vividly, highlighting the heavy, heroic and romantic life of women operating the machines. “It worked as a trigger to me – I obtained a forklift operator’s license and began to work as a bundler. While working in the warehouse, I defended my doctoral thesis and published my dissertation, “Woman as a hero”,“ Roots said.

Today, she is still working in the warehouse and planning an exhibition on the connections between physical and mental work. “During the Soviet era, the state declared many citizens as a work-heroes. This title was given to both women and men, both physical and mental workers. Physical work was especially honored because, at least on an ideological level, the dictatorship of the proletariat existed and workers were set as models for others. They were often chosen for their politics. Nowadays, physical labor is no longer valued in society. Rather, it is feared and despised. One of my desires is to show that the gap between physical and mental work is not so broad and to depict the state of mind while working more clearly than it has been so far,“ Roots, said, describing her intentions.

Also, during her research, she uncovered a lot of material which can be studied further. The interviews she carried out reveal meaningful and novel information about Soviet female mechanic operators, she noted.  “The Soviet era still has not been thoroughly analysed in Estonian society and it is surprising that, for example, the life of Soviet female workers and labor heroes is studied by foreign feminist-oriented scientists moreso than by local ones,“ Roots concluded. 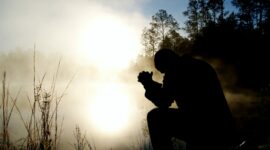 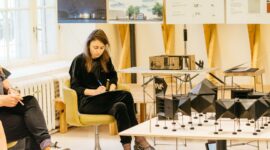