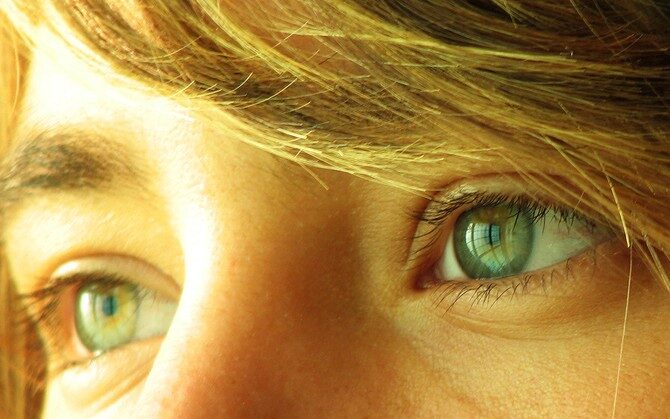 Eyes are not merely an organ of the visual system but also a great source of data for linguists. Author/source: Flickr Creative Commons/Hans Splinter
Share

Not only do eyes enable us to see the world, they also reflect our thinking and the way we understand what is happening in it, writes Kaidi Lõo, a young linguist and graduate of the University of Tartu.

At the end of last year, Kaidi Lõo defended her doctoral thesis in Canada at the University of Alberta. For her thesis, she used an eye-tracking to study how the grammatical complexity of a word and the frequency of its use affect the reading speed of Estonian speakers.

She wanted to understand how the participants comprehend language and how their age, language experience and other similar aspects affect their language use.

Such studies belong to the field of psycholinguistics, which, so far, has not been studied extensively in Estonia. However, the Estonian language with its complex grammar offers fertile soil.

The Estonian language, for example, has 14 cases, which is much more than in most other languages of the world. It would be interesting to see how those speaking Estonian as their mother tongue and those speaking it as a foreign language cope with such complexity. The Estonian pronunciation has some unique qualities as well which should be studied further with experimental methods (read more from Novaator’s article, “Why are linguists at the University of Tartu gluing clamps on tongues?”).

Although Lõo continues to work at the University of Alberta in Canada as a postdoctoral student and mainly studies English, her goal is to return to Estonia and continue her research on the Estonian language. Lõo went to Canada with a recommendation from her master’s thesis supervisor from Tübingen, Germany, Harald Baayen, one of the pioneers of empirical linguistic research. During her doctoral studies she also worked with the Finnish linguist Juhani Järvikivi from whom she learned, among other things, eye-tracking techniques.

Why do we need psycholinguistics?

Psycholinguistics is a research field combining linguistics, psychology and information technology. It combines big data, computational modelling and experiments for studying the way we understand and speak language. The aim is to determine the mechanisms behind language knowledge and to specify the mental structure this knowledge is based on.

Studying the gaze and the pupils

Kaidi Lõo writes that studying the gaze is only one possibility for answering these questions. When sitting in a boring meeting, we might involuntarily look at the door when thinking about leaving. Likewise, we turn our gaze towards the person in the crowd we hear saying our name.

However, lesser known is that, in addition to our gaze, our pupil size also constantly changes. We squint our eyes to see better in bright sunlight and our pupils contract. In a dark room, however, we open our eyes more widely and our pupils dilate. Interestingly, the size of our pupils is not only affected by external factors but also by internal ones.

Likewise, linguists have discovered that our pupils dilate when we are reading or listening to something that might be hard to understand.

An example of this could be an ambiguous newspaper headline that reads: Safety experts say school bus passengers should be belted.

In her doctoral thesis, Lõo focused on, among other things, how the pupil size changes when reading specific Estonian words. Although words mostly occur in a context (for example, in a written text or speech), there are many occasions, even in daily life, when words occur on their own, such as, for example, in adverts, newspaper headlines or answers to questions.

Words as well as sentences come in varying levels of difficulty. For example, sesquipedalian is a long and rarely used word which has a specific meaning in English. But foot is a short, frequently used word with a wide spectrum of use.

By measuring changes in the pupil size, it is possible to determine which words in the language are more difficult and which are easier.

This method can also be used to study individual differences in reading: a word that is difficult for one reader might be easy for another.

As a method, measuring the pupil size has an advantage over many other psycholinguistic research methods, such as measuring blood flow or electrical oscillation in the brain, as it is fairly easier to conduct. Thus, larger changes in pupil size might even be noticeable to the naked eye. The exact pupil size and the speed of eye movement can be measured with an eye tracker.

The eye tracker is a measuring device which, with the help of special cameras, registers the pupil size and the exact direction and speed of eye movement.

Nowadays, eye trackers are available in various price ranges and sizes, starting from small glasses equipped with cameras up to larger devices. In addition to being used for research, eye tracking can also be useful in daily communication and in learning and teaching languages.

The better we know which words are difficult, the better we learn to notice and emphasize them.

Knowing how we differ from each other as language users helps us communicate more effectively.

All in all, eyes are not merely an organ of the visual system but also a rewarding source of data for linguists.