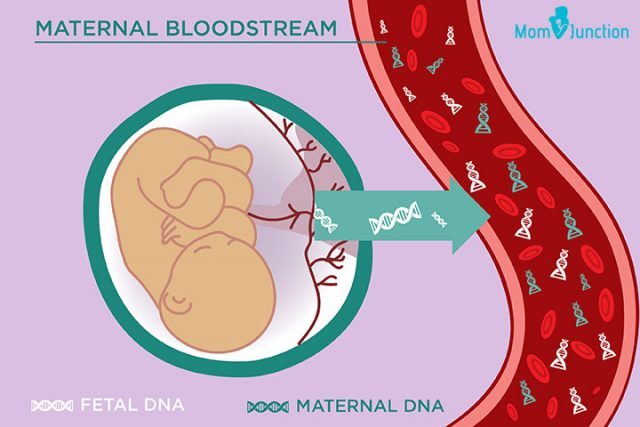 Estonian researchers have developed an innovative method of medical genetics that will enable non-invasive prenatal testing (NIPT) to be carried out soon in Estonia. NIPT is like an insurance policy, providing reliable genetic testing about fetal chromosomal health already at an early phase of pregnancy. An advanced genetic testing laboratory location on site strengthens the diagnostics sector in Estonia.

The age of pregnant women continues to increase in Estonia and elsewhere in Europe, which is associated with a higher risk for fetal chromosomal diseases. With the help of NIPT, the genetic mutations causing these diseases can be detected with 100% precision at an early stage of pregnancy by analysing fetal cell-free DNA from a pregnant woman’s blood sample. The NIPT has been available for pregnant women in Estonia even now, but so far samples have been sent and analyzed abroad. Therefore, the cost of testing is about €400–800 per test and is paid out of the pocket by families.

The Competence Centre on Health Technologies (CCHT), along with University of Tartu (UT), has created a new NIPT algorithm, the core of the NIPT testing procedure, referred to as NIPTmer. By applying NIPT, a blood sample obtained from pregnant woman is used to find out if a fetus is carrying an additional copy of chromosome 13, 18, or 21. For example, an additional copy of chromosome 21 causes Down syndrome, which is one of the most prevalent causes of developmental disability. In addition, NIPT provides information about the sex of the fetus.

Andres Salumets, Professor of Reproductive Medicine at UT and the Head of CCHT confirmed that the introduction of NIPT bridged the last gap in the fetal health screening program in Estonia. As modern and accurate genetic studies become available to all pregnant women in Estonia, it is important that samples are not sent for analysis abroad, as the reporting should be made quickly, in order to reduce the anxiety of future parents.

The development of NIPT has to date been largely accomplished by large international companies, keeping the price of the testing high. Since patients in Estonia pay for NIPT by themselves, it is not affordable for all pregnant women. At the same time, NIPT testing is effective in revealing all fetal chromosomal diseases, and it is completely risk-free for the fetus and the mother. Therefore, for example, in the Netherlands and Belgium, the NIPT is fully reimbursed to all pregnant women to provide the best services to the entire society.

In Estonia, the development of novel NIPT technology has been supported by Enterprise Estonia (EAS) at CCHT, involving the researchers from the University of Tartu and clinicians from the Tartu University Hospital and the East Tallinn Central Hospital. According to professor Ants Kurg and Dr. Lauris Kaplinski, both from the Institute of Molecular and Cellular Biology at UT, nearly 550 pregnant women have been tested for fetal chromosomal diseases in Estonia using NIPTmer, and the disease has been correctly detected in ca. 40 fetuses.

“Collecting a critical amount of valuable blood samples from pregnant women to develop the test takes a long time and requires close cooperation between scientists and clinicians”, said Dr. Kaarel Krjutškov, the Head of the Product Development at CCHT. He added that advanced IT know-how was applied to develop the NIPTmer data analysis algorithms for the NIPT platform. “As we achieved encouraging results from the clinical validation study using NIPTmer in fetal screening, the laboratory at CCHT is now fully prepared to offer the NIPT service. Moreover, as we do not need to pay license fees as we use our proprietary technology and do not send the NIPT samples for testing outside of Estonia, the pricing of NIPT is kept as low as possible”, he added. According to Krjutškov, a NIPT genetic test must be performed within ten days after blood sampling. “We need to do an analysis for this time, regardless of the number of samples. It’s like a regular bus, which has to run even when there are few passengers”, he said.

The paper describing the NIPTmer platform for fetal chromosomal screening was published in Scientific Reports, providing the last missing piece of expertise before starting to provide precision medicine services to pregnant women in Estonia. The annual need for NIPT testing reaches up to 5,000 tests in Estonia and costs up to 2 million euros. In 2017, the Estonian Gynecologists Society made the application to the Estonian Health Insurance Fund to start compensating for NIPT at least for pregnant women with high-risk pregnancies for fetal chromosomal disorders. The application is still pending and the decision will be made public this year. Kaarel Krjutškov added that the genomics lab at CCHT is planning to begin the NIPT analyses this autumn.