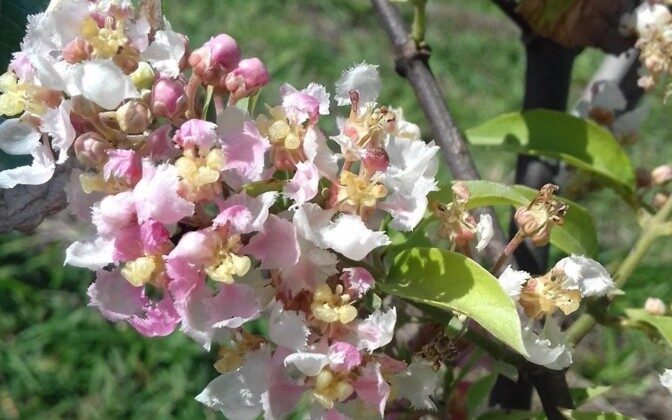 Banisteriopsis caapi or ayahuasca blooming in the experimental garden of the University of Campinas, Brazil. Traditionally, it is considered to be the main ingredient of ayahuasca brew. Author/Source: Helle Kaasik
Share

Helle Kaasik, a PhD student at the University of Tartu, School of Theology and Religious Studies, has studied the chemical composition of the ritual psychedelic ayahuasca brew in Brazil and the way it is used.

Ayahuasca is a psychedelic brew that originates from South America. Ayahuasca, the rituals related to the drink and the new age practices are becoming more and more popular worldwide.

Around this, a whole tourism and business branch has emerged that also attracts imposters or people who search for opportunities to make easy money and who may become dangerous to the clients buying their services, writes Kaasik in the blog of the School of Theology and Religious Studies.

The brew that alters cognition and perception is used during rituals and it is prepared from the plants growing in the Amazon rainforests. The way to prepare the brew was discovered by Amazonian indigenous peoples who use it for healing and divination in their shamanistic practices, just as they use many other plants growing in their forests.

At the beginning of the 20th century, Christian newcomers also learned about the brew. The result of these experiences was the emergence of eclectic religious movements of Santo Daime, União do Vegetal and Barquinha in Brazil. These religions combine Christianity with the elements of the folk religions of South American and African indigenous peoples. In religious ceremonies, ayahuasca is used as the sacrament or a mediator of the grace of God.

Ayahuasca affects the consciousness in various ways and its effect may be very individual.

During the ritual, the users may experience anything they can imagine, and much more. You may have dream-like visions and discover new viewpoints on your present, past and future, you may see your life situations and relationships from different angles.

The users believe that ayahuasca cures and teaches them. They think that both pleasant and complicated experiences help them cope better with their life if they draw correct conclusions from their experiences and act on them in their everyday life.

In today’s world, ayahuasca is a popular part of some new age rituals and it has led to the development of a distinct tourism and business branch.

In South America, ayahuasca tourism sustains a large number of guest houses where a visitor usually spends some weeks in a spiritual camp with a few dozen participants. Apart from ayahuasca ceremonies led by shamans, some other new age practices are provided to meet the expectations of the visitors: plant diets, yoga, meditation, reiki, body cleanses and more or less recognized forms of psychotherapy.

The organisers of ayahuasca ceremonies also travel in Europe and offer opportunities to take part in their rituals for a little more than 100 euros.

As any other drug, ayahuasca has its risks and contraindications. If you are susceptible to psychosis or mania, if you have high blood pressure, or a weak heart or liver, then ayahuasca may be dangerous for you. In addition, some medicines are incompatible with ayahuasca.

Participation in the ceremony requires some mental and physical preparation. During and after the ceremony, some participants may need help in coping with what they have just experienced. Organisers with the main goal to make money often do not inform participants sufficiently of contraindications or necessary preparation, they do not ensure safe conditions and do not take any responsibility for consequences.

No medicine is good for everyone and the composition of an illicit medicine may be uncertain. Therefore, it is not wise to accept a psychedelic drink offered by some dubious provider – you might not just lose your money, but also risk your health.

Sometimes, “ayahuasca” offered might be prepared from totally different plants or may even be “enriched” with chemicals. Effect of such a psychonaut cocktail is even more unpredictable than the effect of traditional ayahuasca.

The need for caution is even greater if the organisers try to persuade you to participate in a ceremony (e.g. using marketing tricks) or promise great miracles. No one can guarantee a miraculous outcome.

Most people who have shared their experience of ayahuasca with me do not regret participation in the ceremony and find its effect appreciable. Some people, however, have not felt any significant effect after using ayahuasca, or have had a weird, scary or even terrifying experience with no beneficial results.

Since dimethyltryptamine (DMT), one of the components of ayahuasca, has been listed as an illegal substance in most countries, the ceremonies cannot be publicly promoted in those states.

Sometimes the desire to earn money exceeds caution, and advertisements inviting to take part in ceremonies can be found on the internet. Whenever a question about ayahuasca is posted on social media, the responders are usually from the same groupings that advertise their services, often even pretending to be satisfied customers. Such advertising is not a good sign. Providers of good ceremonies do not need any promotion or marketing tricks, they are found through friends who have first-hand experience.

Many experienced users of ayahuasca believe that the drink does not need any recommendations or advertising – if someone needs it, they will find the way to ayahuasca when the time is right.

In Brazil, it is permitted to use ayahuasca for spiritual purposes and users are not harassed by the police.

However, if to find ayahuasca communities in Brazil one needs to know the right people and be able to read the signs. The brew cannot be bought at the market or in shops, and it is not advertised. Active promotion of their faith is not considered right in ayahuasca religions and experienced users usually do not start a conversation about ayahuasca.

Chemical analyses at the University of Campinas

Brazil is the best place in the world for studying ayahuasca and rituals connected to it. This is the reason why I skipped the summer in Estonia and went to Brazil to write my doctoral thesis.

I attended the international winter school focusing on ayahuasca, analysed its chemical composition at the University of Campinas (UNICAMP), and did some field work in the communities of ayahuasca users, mostly among Santo Daime congregations.

The one-week interdisciplinary winter school at the University of Campinas was mainly focused on the history of ayahuasca and its botanical, chemical, psychological and social aspects. I thought that I already knew pretty much about my field of study, but the area develops so fast that no one can read all the published articles that are worth reading. Therefore, I learnt a lot of new and interesting things and was given a lot of electronic study materials. I also started to mull over the idea that the University of Tartu might also offer an elective introductory course on the basics of psychedelia for those interested in the subject.

At the end of the winter school, the attendants had a chance to participate in the practical session organised by a local Santo Daime group and the opportunity was gratefully used by the majority of the participants. I already knew the procedure of the ritual and the religious songs in Portuguese performed during the ceremony, so I could join in when it was time to sing these songs together. I also gained a valuable experience and received some samples of the sacrament for chemical analysis. Collecting and preparing the samples for chemical analysis took a lot of time and effort.

The communities and their leaders generally support scientific research into these matters. The visitors are usually allowed to participate in rituals, especially if they have already experienced similar ceremonies. There are no onlookers, everyone has to partake in the sacrament, but one may always ask for a smaller dosage and such a request is usually taken into account.

The congregations are willing to give small samples of the sacrament (about 1/10 of  a usual dose) to competent and trustworthy researchers and are also interested in the results. There is no point in even asking to take away a full dosage (or larger amount) of the sacrament from the church because distributing the sacrament to strangers – not to mention selling it – is prohibited. If one is ignorant enough to ask for it, it may be taken as a real insult.

One of the most interesting rituals of the Santo Daime religion is brewing the sacrament – a ceremony called feitio. The ritual lasts for several days during which the sacrament is boiling in large pots over the fire.

The members of the church and their families are involved in the ceremony of boiling the sacramental drink, and men and women perform their traditional tasks. The process is performed without machines, which means that for preparing the sacred beverage, the sacred plants (Banisteriopsis caapi, called jagube, and Psychotria viridis, called chacruna or rainha) are traditionally collected and processed manually.

All stages involving dangerous or hard physical work during the feitio are completed by men. These include, for example, pounding ayahuasca vines with wooden hammers, heating an enormous hearth, and carrying the large hot pots.

Seeing the men doing all this hard work made me respect men even more.

Women clean and select the leaves of rainha to add them into the tea, prepare meals and sing during the feitio. Singing together is an important aspect of Santo Daime rituals and the lead female singer (puxadora) is much respected and loved in the community.

During the usual rituals (conducted regularly at least twice a month) the individual dosages of the sacrament are determined by an experienced member of the congregation and the people who go into deeper processes are taken care by skilful persons on duty. However, during the feitio, traditionally a jar with the beverage is on the table all the time and everyone participating in the ritual may help themselves to the drink at their own discretion. There are no “stewardesses” who would take care of the participants. This is also why inexperienced persons cannot take part in the ritual –  the surrounding woods contain different forms of life and all participants must be able to take care of themselves safely. In communities influenced by international tourism foreign visitors are a source of income, therefore in such communities participation in feitio is more open to visitors, but access of participants to the sacrament is more regulated.

The Santo Daime community used the sacrament not only during religious ceremonies. It was used externally or internally as a universal remedy for treating different disorders and illnesses, such as bug bites, inflammation, and small wounds.  Some of the more interesting healing cases which I had a chance to witness will hopefully be described in my thesis.

I was also lucky to be a member of an enthusiastic study group that has been working on this subject at the University of Campinas for many years already. This is an opportunity I unfortunately do not have here in Estonia yet.

The study trip in Brazil is not over yet, so I hope to get some more interesting knowledge and research results. I am writing an article about the findings of the study in collaboration with some researchers from the University of Campinas, to make good use of the experience gained in Brazil, and to contribute to the development of science.

For her study trip, the PhD student of the University of Tartu, Helle Kaasik, received support from the EU Regional Development Fund through the Dora Plus Programme. 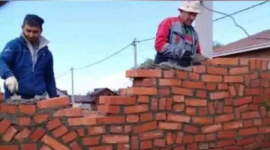