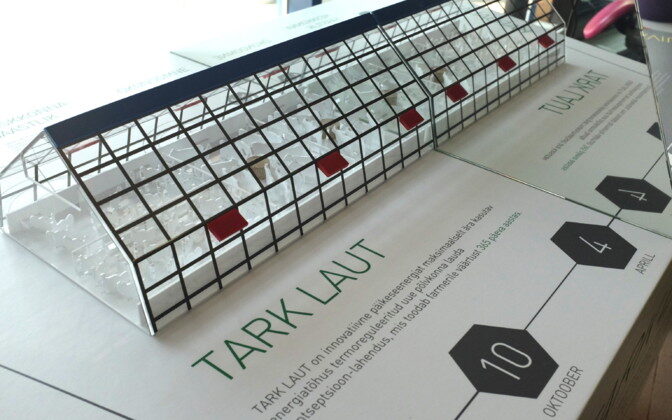 In cooperation with scientists from the University of Tartu, the South Estonian organic farm, Koivakonnu, developed an innovative livestock farm, which is characterised by energy efficiency, thought-out thermal regulation and the maximum use of passive energy.

The Koivakonnu organic farm has been raising Hereford beef cattle for about twenty years. The new innovative barn helps them make their cattle farming more effective.

“The novel barn conception was developed as a result of a simple wish to provide better care for our animals. We want to give them the best possible growing conditions even during the dark and bleak Estonian autumn and winter months. This is especially important for young animals”, said Tõnno Olonen from Koivakonnu farm.

The novel conception enables the farmer to maximise the farm’s full potential in order to diversify their sources of income. “Generally, the unheated barns used in cattle farming mostly stand empty during the summer. With the new solution, the barn can make profit as a hay dryer or a well-ventilated greenhouse even during the months the animals are out on pastures”, explained Olonen.

The project team that developed the barn had no lack of ideas. Rather, they needed to pace themselves so that the solution being created would be economically viable and actually implementable.

According to the engineer/constructor Tauri Tätte from the Tartu University Institute of Technology, the novel barn looks like a greenhouse full of light. The metal structure has been fitted with the most modern polycarbonate, and the technical content is complex and quite singular.

“Analysing technology and systems together with researchers and engineers from the university can often bring new and forward-looking solutions. The main prerequisite of every solution is to predict whether it can be used in view of future needs. In the development of the innovative barn, one of the significant directors was the fact that an energy system can be created that can produce electricity as well as heat economically”, said Tätte.

The new generation, energy-saving conception barn creates value to the farmer throughout the year. Solar energy can be used to the maximum, the barn is filled with light, and energy is created using solar batteries. In the summer, the building catches up to 80 per cent of the solar radiation or 850 watts per square metre, enabling farmers to create a profitable extra source of income for themselves.

Thanks to the thought-out thermal regulation, the 500 square-metre building stays above zero degrees during the winter. It takes only 700 kWh of network energy for maintaining the right thermal conditions and for feeding, watering and lighting – at current prices that makes about €70 per month. During the summer, the barn dries 100,000 kilograms of hay in 48 hours taking 200 kWh of network energy or about €20 per day. By improving the production processes, the entire electric and thermal energy needed can be created autonomously.

In a microclimate with optimal air circulation and temperature, the production of beef is higher. In the future, cost-effective special solutions for ventilation can be integrated into the airtight building which would reduce the greenhouse gases emitted from the building. It is also possible to raise the temperature above 60 degrees. This enables to handle manure in a novel way and, after emptying the barn, to sterilise the building with the combined effect of high temperature and UV radiation which kills dangerous pathogens.

The constructional solution for the novel barn was created under the leadership of Koivakonnu organic farm, developing sustainable agriculture at the lab of the IMS (Intelligent Materials and Systems) scientists from the Institute of Technology at the University of Tartu.

The smart barn project was funded under measure 16 of the Estonian Rural Development Plan for 2014–2020. The model of the innovative barn can be seen at the SPARK demo hall in Tartu city centre.