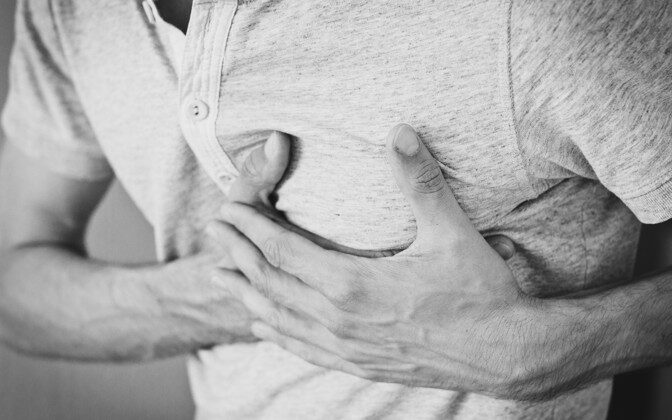 Estonians have too much cholesterol in their blood – all doctors know that. The hereditary form of the condition is relatively rare, being present in 0.5% of the population and has been under‑diagnosed and under‑treated for years. This situation might now change to the better thanks to the consistent work by the Science Centre of the Estonian Genome Center at the University of Tartu.

Doctoral student Maris Alver, a member of the research group of Tõnu Esko, the vice director of the Genome Center, has analysed data collected from gene donors to find a rare gene variant causing excessive cholesterol levels in blood. By doing this, she found 13 people who harboured a disease-causing genetic variant, yet were unaware of the condition.

“It’s quite a large number of people that have gone unnoticed by the medical system”, said Alver. “30% of the carriers with a rare genetic variant, who should have started treatment a long time ago, are still walking around not knowing that their cholesterol level is high and, thus, have a high risk for a heart attack.”

Esko explained that the hereditary form of the disease requires completely different medical management. Prevention of the disease with lipid-lowering treatment should be advised already in puberty.

The study that helped to identify people with a genetic variant causing familial high blood cholesterol concentration and where effective treatment was endorsed, might have saved them from early heart attack – often the end result of this hereditary disease.

Half of all the carriers (that is, 21 individuals) with a disease predisposing genetic variant studied by Alver were in a somewhat better situation. They knew they had high cholesterol concentration but were unaware it was caused by a rare genetic variant.

“These were people who had been told by their doctor that they had high cholesterol. They were advised to change their lifestyle: eat less and be more physically active”, explained Alver. She continued, “but no doctor could tell them that the excessive cholesterol had been caused by a lifelong defect in their genome. This defect inhibits the excretion of cholesterol from the blood circulation and contributes to the calcification of blood arteries that may lead to a heart attack at a young age.”

Of all the participants in the study carrying a gene variant causing the disease, only three had previously been diagnosed with hereditary high blood cholesterol.

This scientific endeavour that involved researchers also from the reputable Harvard Medical School and the Massachusetts General Hospital in Boston, was published last week in the Genetics in Medicine journal, a sub-journal of Nature.

Scientists and doctors know that the hereditary high blood cholesterol as ‘familial hypercholesterolaemia’. This is one of the most common single-gene disorders in the world.

The Genome Center holds genetic data from 52,000 Estonians and the entire genome or the regions of the genome encoding proteins (also known as exomes) have been sequenced for about 5,000 of them. This means that even the most personal genetic variants can be found in these high-resolution genetic data of 5,000 people.

“Analysis of this data led us to the 27 people who harbor a rare genetic variant causing familial hypercholesterolaemia”, said Alver.

All those 27 individuals were recalled back by the Genome Center to determine their disease symptoms, assess their medical management, and for additional testing to ascertain how clogged their coronary and cartoid arteries were. One of disease hallmarks are lipid or fat deposits, e.g., small yellow knots under the skin in the creases between fingers or grey rings in eye cornea.

21 gene donors accepted the invitation and had additional tests done by a medical geneticist and a cardiologist. After that, they were offered the opportunity to engage their close relatives to the study, i.e., grandparents, parents, uncles/aunts, sisters/brothers, nieces/nephews, and their own children and grandchildren. 16 donors did just that: only one member participated in some families, while all members in others.

Thus, altogether 41 carriers with a causal genetic variant participated in the study. Thirty-seven of them had familial hypercholesterolaemia. Four of the participants did not receive the disease diagnosis as of now, but remain under cardiological surveillance.

According to Tõnu Esko, it is remarkable that 68% of the people with familial hypercholesterolaemia had not received any treatment before the study.

“By contrast, 32% of the research subjects had received treatment, but it had not been effective. This means that the cholesterol level had not been successfully lowered for any of those to the level required by the European Society of Cardiology”, said Maris Alver. However, she does not point the finger at doctors, but at the system.

She said that if the cause of a person’s disease is genetic, their cholesterol level must be monitored with even greater attention. “The person should also have the right to know the genetic origin of their disease.”

“This study clearly shows that genetic profiles should be integrated into the patient portal. This way, high genetic risks would find their way onto the table of doctors in good time”, added Tõnu Esko.

Alver continued, “we must increase awareness about high blood cholesterol possibly being a genetic disease. Thanks to the population-based gene bank and cooperation with doctors, we can now find the people with this disease. The sooner we can find the people belonging to the risk group, the more healthy life years we can give them.”

Director of the Estonian Genome Center at the University of Tartu, Professor Andres Metspalu, explained that the former vision of the Genome Center is being realised and this study is an example of how the personalised medicine strategy of the Ministry of Social Affairs ensures better disease prevention.

“With a large portion of the Estonian residents receives a so-called gene map, it takes only a couple of minutes for a specialist to identify those with such a high disease risk”, said Metspalu.

As a continuation to the familial high blood cholesterol study, the first clinical flagship projects with the aim to incorporate genetic information into the medical system have now been initiated. Clinical treatment guidelines and technical solutions for bringing the genetic information to the doctor as well as to the patient are also being developed.

“Biobanks help us find the people who would benefit the most from it. Personalised medicine has come to stay”, emphasised Tõnu Esko.