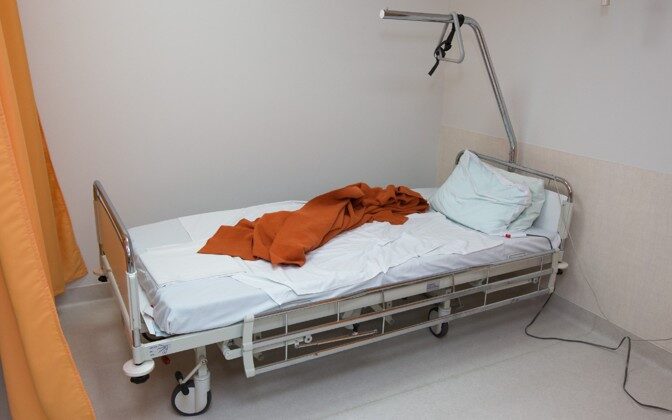 A preclinical trial conducted in Estonia shows that herbal supplements must be consumed carefully during active cancer treatment, as they may cause harm instead of good.

Scientists in Tartu and Tallinn analysed whether the chemotherapeutics used for the treatment of advanced prostate cancer could have interactions with bioactive compounds contained in plants. The studied bioactive compounds were plant pigments or flavonoids.

Biological activity means that the biological compound has a specific impact on the processes occurring in the cells of the organisms.

Previous research performed at the University of Tartu haematology-oncology clinic has shown that over half of cancer patients use some kind of food supplements during active antitumor therapy. They are doing it at their own initiative using often various products that contain compounds separated from plants.

However, not a lot is known about the interactions between food supplements and classic cancer treatment methods. At the same time, gathering scientific data is complicated, because unlike drug manufacturers, food supplement manufacturers do not have to conduct large-scale clinical trials to prove their effectiveness.

For studying possible interactions between compounds found in plants and chemotherapeutics, a work group consisting of scientists from the University of Tartu, Tartu University Hospital and East Tallinn Central Hospital conducted a study using an advanced prostate cancer cell model (PPC-1). The study analysed the possible interactions of various flavonoids with the chemotherapeutics used in the treatment of metastatic prostate cancer, such as docetaxel and cabazitaxel.

The study showed that the organic compound hesperetin naturally found in citrus fruits – mainly oranges and food additives made from them – suppressed the effect of docetaxel and cabazitaxel in advanced prostate cancer cells.

“Hesperetin reduced the efficiency of these chemotherapeutics by approximately ten times”, said one of the authors of the study, a UT oncology associate professor and senior research fellow Jana Jaal. “Such suppressive effect depended on the dose of hesperetin.”

Other plant-based compounds studied in this research did not affect the effect of chemotherapeutics in the cells derived from advanced prostate cancer.

The research clearly indicated that herbal supplements have to be consumed carefully and consciously during active cancer treatment. Without a basis in evidence, this action might give rise to damage instead of the hoped benefits.

This study was supported by the Estonian Society of Clinical Oncologists and Tartu University Hospital. The results were published in the November number of the scientific journal Anticancer Research focused on cancer research.

The authors of the research, Katrin Sak, Helen Lust, Marju Kase, Marika Saar and Jana Jaal, were given a research award by the Tartu University Hospital.

According to the Cancer Registry of the National Institute for Health Development, in 2015, prostate cancer was diagnosed in 1,102 men in Estonia. Taking into account the consistent increase in the number of cancer diagnoses, the complex studies conducted in this field are increasingly important. The World Health Organisation (WHO) has predicted that by the year 2030, the number of primary cancer cases will grow by 68% compared to 2012.