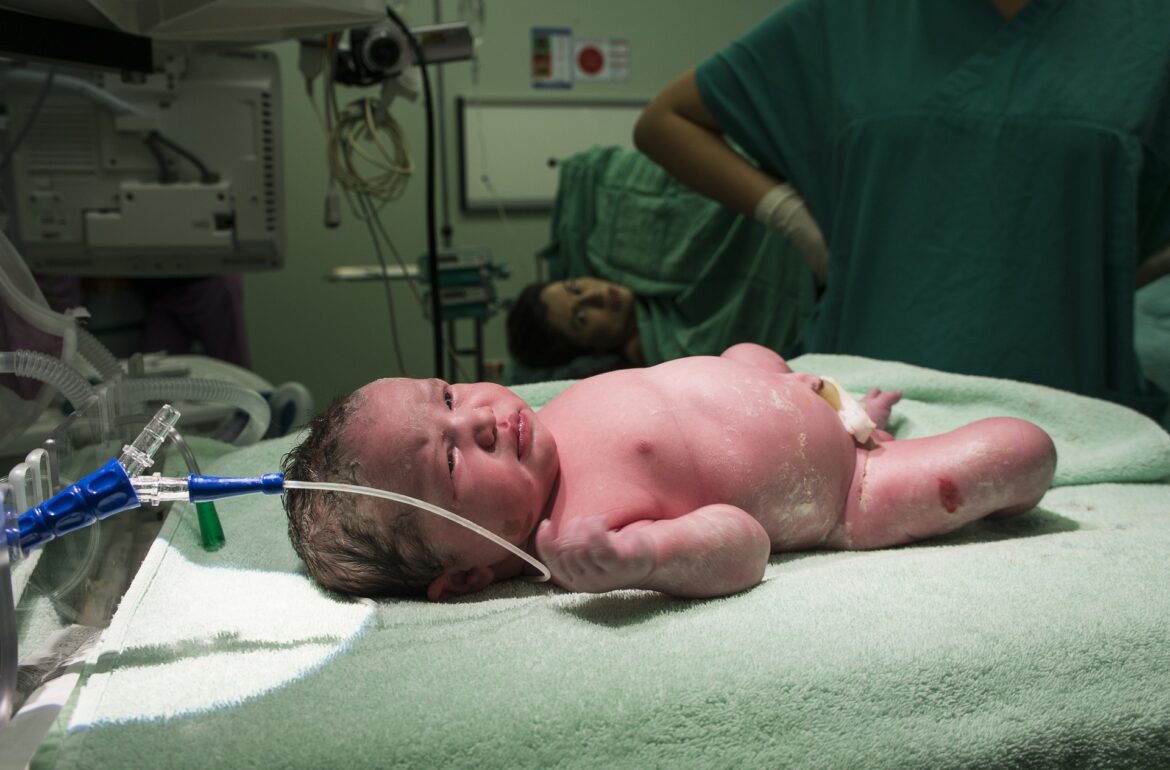 A new diagnostic method that is most suitable for Estonia was developed at the University of Tartu, which helps detect congenital metabolic disorders earlier and more effectively than before. The new method also helps discover more diseases in newborns with one screening.

The newborn screening for congenital metabolic diseases in Estonia was outdated and the 20-year-old system needed updating.

In most of the western European countries and in the United States of America, a screening method that allows to identify about 30 different metabolic disorders with one screening has already been used for a long time. At the same time, Estonia was still using a method that allowed to identify only one disease at a time, and two different methods had to be applied for diagnosing two diseases.

This situation was solved by Karit Reinson who defended her doctoral thesis at the University of Tartu Institute of Clinical Medicine. She developed and implemented an expanded newborn screening method most suitable for Estonia. This single analysis cycle helps identify 19 different congenital metabolic disorders.

Hereditary metabolic diseases are disorders of the biochemical balance in the organism caused by variations or errors in one gene. As a result of such diseases, many vital functions in the body may be impaired and cause acute or chronic organ failure, severe mental retardation, life-threatening conditions and premature death.

“Even though it is a congenital disease, the symptoms indicating metabolic disorders are not evident in most children at birth”, said Karit Reinson.

During pregnancy, the mother’s organism compensates for any deficiencies in the foetus’s metabolism via the placenta, and therefore, symptoms characteristic to the disorder gradually start appearing only after birth. These are often irreversible and cause significant mental retardation and shorten life expectancy.

“That’s why it is very important to diagnose treatable hereditary metabolic diseases early. That way, it is possible to provide early relevant counselling for the family and treatment for the child,” added Reinson.

“Also, it is possible to avoid the birth of any new children carrying the disease into the family, because with the right diagnosis, we can offer prenatal diagnostics. The risk for repeating hereditary metabolic disorders in the family is often 25%, despite both of the parents being completely healthy and having no known chronic diseases with childhood onset in the family.”

The newly graduated doctor explained that newborn screening programmes have been continually altered and developed to be able to discover treatable metabolic disorders when no symptoms are visible yet. This is what Karit Reinson did together with her supervisor, professor Katrin Õunap, and on 1 January 2014, expanded newborn screening began in Estonia.

“For the first 12 months, it was conducted as a pilot project, during which we screened 13,643 newborns. During this period, the parents of 49 (i.e., 0.36%) children declined the screening,” said Reinson.

Since 2015, the expanded newborn screening is in the list of services financed by the Estonian Health Insurance Fund. With the help of her colleagues, Reinson has screened 54,899 newborns in four years (2014–2017).

For this, all newborns had capillary blood drawn from the heel onto a filter paper between the 3rd and 5th day of life, which was dried and sent to the only laboratory in Estonia conducting the expanded newborn screening. This lab is located at the Tartu University Hospital Unified Centre of Laboratories Department of Clinical Genetics.

Vitamin B12 is a simple compound, which plays an important part in haemotopoiesis, in the cell renewal process, as well as in the development of the nervous system. Vitamin B12 deficiency is often expressed in the newborn as restlessness, sleep disorders, excessive increase or decrease in muscle tone, developmental delay and, in the worst-case scenario, as a seizure disorder.

Vitamin B12 deficiency in newborns is often caused by low levels of vitamin B12 in the mother’s organism, which indicates insufficient intake of meat during pregnancy and/or B12 malabsorption. Thus, the newborn does not get a sufficient vitamin stock for the first six months of life until they start eating meat themselves. Breast milk does not contain enough vitamin B12 necessary for the growth and development of a newborn either. Thus, in the first months of life, the B12 deficiency gets worse and symptoms indicating the deficiency start appearing.

“That’s why we have always emphasised to family physicians and paediatricians that if they suspect vitamin B12 deficiency in a newborn, it should always be checked with a blood test because treatment is simple and available and the child’s development may gain great advantage from it,” said Reinson. “As mentioned, a blood spot is taken between the 3rd and 5th day of life for screening, but this does not guarantee that the child’s vitamin B12 stores will not start declining at one month and that a deficiency with accompanying complaints will not develop by the third month.”

The second most prevalent group was composed of patients with hyperphenylalaninemia. Considering previous studies involving the Estonian population, this result was predictable for the researchers.

Hyperphenylalaninemias are hereditary metabolic disorders, which disable the body’s ability to break down phenylalanine – an amino acid that is a normal component of a natural protein. Its accumulation in the organism often causes severe mental retardation, but with early diagnosis, these diseases are treatable and the child’s development is normal.

In treated cases, patients with phenylketonuria attend normal schools and study under normal study programmes, and even graduate from higher education institutions if they wish. They have no restrictions in life but to avoid eating excessive natural proteins every day (incl. meat, eggs, milk and fish) and replace them with a special protein mix.

Karit Reinson defended her doctoral degree at the University of Tartu with her thesis “New Diagnostic Methods for Early Detection of Inborn Errors of Metabolism in Estonia” on 18 December 2018. She was supervised by a professor of clinical genetics at the UT, Katrin Õunap; her opponent was professor Kari Pulkki from Turku University Hospital.