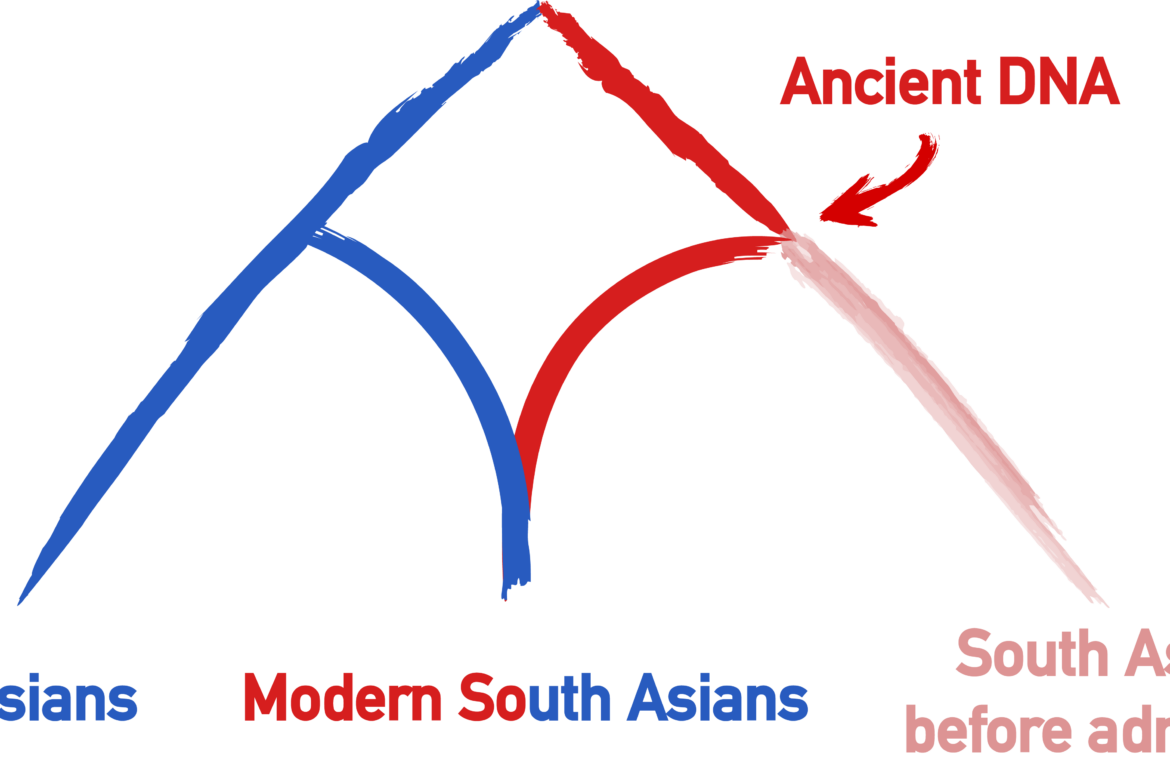 Figure 1. Modern South Asians can be seen as a mixture between former inhabitants of the region (in red) and West Asians (in blue). In this study, modern South Asians have been used to reconstruct the genetic makeup of ancient populations living in South Asia before the admixture event. Credits: Burak Yelmen
Share

With new genome analysis tools, scientists have made significant advances in our understanding of modern humans’ origins and ancient migrations. But trying to find ancient DNA, let alone prove that the ancient DNA is ancestral to a population living today is extremely challenging.

A new study in Molecular Biology and Evolution (MBE) adds to this understanding by reconstructing artificial genomes with the analyses of the genome of 565 contemporary South Asian individuals to extract ancient signals that recapitulate the long history of human migration and admixture in the region.

“All in all, our results provide a proof-of-principle for the feasibility of retrieving ancient genetic signals from contemporary human subjects, as if they were genomes from the past embedded in amber,” said Luca Pagani, the research coordinator of the study.

“The genetic components we managed to extract from modern genomes are invaluable, given the shortage of ancient DNA available from South Asian human remains, and allow us to elucidate the genetic composition of the ancient populations that inhabited the area,” said Burak Yelmen, co-first author of the study.

While studying the mixing events that brought ancient human populations to form contemporary South Asians, the researchers also noted that some portion of the genomes had not mixed as expected, as if the genetic variants that evolved in South Asia or the ones that arrived from West Eurasia were important for adapting to the local lifestyle through admixture.

“Among these variants, we found genes important for immunity and for dietary changes, as one may expect for human populations adapting to new sets of pathogens or food,” said Mayukh Mondal, joint first author of this work.

The human evolution of skin pigmentation also revealed many genetic variants for the population studied.

“Intriguingly we also noted that some genetic variants implicated in the skin pigmentation of West Eurasians were under opposite selective forces, some becoming highly frequent and others being almost lost after the admixture events. Skin pigmentation is surely a fascinating and complex subject and we are still trying to understand what, if any, would be the adaptive implications of the signal we detected.”

The study will add to the growing picture of the diversity of South Asians, and future studies of modern human population origins.

“These signals can complement the picture emerging from the booming field of ancient DNA by providing high quality genomic sequences especially for areas of the world where archaeological human remains are scarce or poorly preserved.”

This news release was compiled by Molecular Biology and Evolution (MBE).