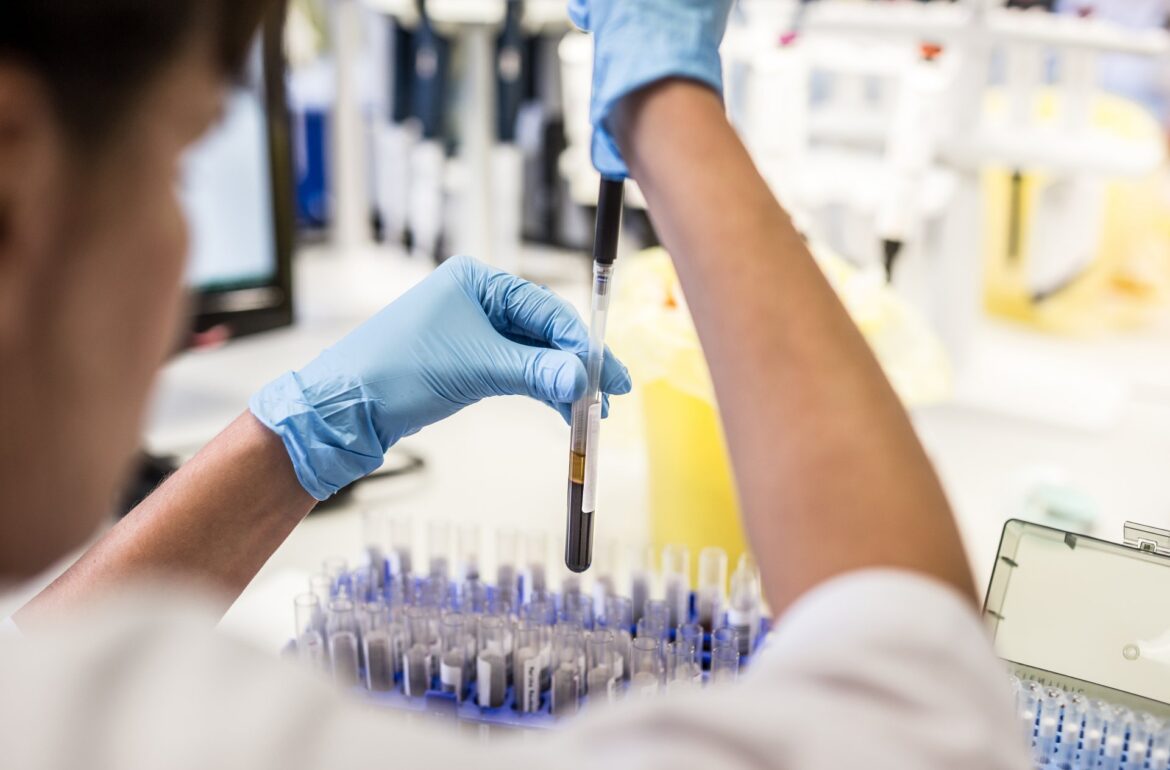 The NIPT is a non-invasive screening method that only requires drawing blood from the mother. Photo credit: Renee Altrov.
Share

In recent years, the HIV infection rate in Estonia has continued to be around 200 new cases each year, which is still one of the highest incidence rates per 100,000 inhabitants in Europe. As parenteral transmission of HIV is the most effective, people who inject drugs (PWID) are considered to be one of the most vulnerable groups to HIV infection. Doctoral student, Ene-Ly Jõgeda, from the University of Tartu, included 345 PWID in her doctoral thesis to study the factors influencing the acquisition of HIV infection. Understanding these will potentially contribute to the development of prophylactic drugs or vaccines, which would help reduce the transmission and further spread of the virus.

According to the junior research fellow of biomedicine and translational medicine at the University of Tartu, Ene-Ly Jõgeda, the epidemic that broke out in Estonia in 2000 started among PWID. Even though, in recent years, most of the newly diagnosed patients have contracted the infection through sexual contact, the majority of people living with HIV are PWID. “Studies conducted among PWID have revealed a number of individuals who, despite being highly exposed, remain seronegative. Unfortunately, the exact mechanisms which make them less susceptible to HIV, are not known,” said Jõgeda.

Identifying the factors or characteristics that decrease the risk of infection, will help us understand why some people do not contract HIV. So far, studies have discovered several changes in the human genome (genetic polymorphisms) and immunological markers which are associated with a lower risk of infection.

The transmission of HIV is also influenced by coinfections, such as hepatitis B and hepatitis C viruses, herpesviruses and malaria. Coinfections increase the overall burden on the host’s immune system and thus may alter their susceptibility to HIV infection.

Jõgeda described that some viruses, like the human T-lymphotropic virus and the human pegivirus, have beneficial effects on HIV-infected individuals. “Most studies in this field have focused on studying the influence of coinfections on the progression of HIV infection. So far, the human pegivirus and the human T-lymphotropic virus have been associated with lower levels of immune activation, a smaller amount of HIV particles in blood and delayed progression to AIDS.”

In her doctoral thesis, Jõgeda studied the prevalence of HIV coinfections and host genetics, and assessed their influence on the acquisition of HIV infection. For this, she conducted the first human T-lymphotropic virus (HTLV) study in Estonia.

“The results showed a very low prevalence of HTLV among a high risk population such as PWID. This suggests that, in the near future, the routine screening of blood donors for this virus would not be cost-effective,” said Jõgeda. Her research confirmed that human pegivirus is most often found in PWID, which indicates a possible association of the human pegivirus with the use of injectable drugs and an HIV infection.

As a third central result, Jõgeda brought out that the studied genetic polymorphism influences HIV infection, but continued risk behaviour reduces the scale of this influence: “This shows that risk behaviour is an important factor that has a great effect on HIV infection.”

Determining the studied polymorphism, which is located in an interferon gene (IFNL4), has previously been applied in clinical practice. This polymorphism is strongly associated with the interferon-based hepatitis C treatment, but the efficiency of new direct-acting antiviral medications used in the treatment of hepatitis C virus does not depend on this polymorphism.

“Current information that this mutation also plays a role in HIV transmission is important for further studies. It helps to determine the mechanisms influencing the acquisition of HIV infection and thus potentially contribute to the development of prophylactic medications,” Jõgeda pointed out.

The translation of the original article was funded by the European Regional Development Fund through Estonian Research Council.