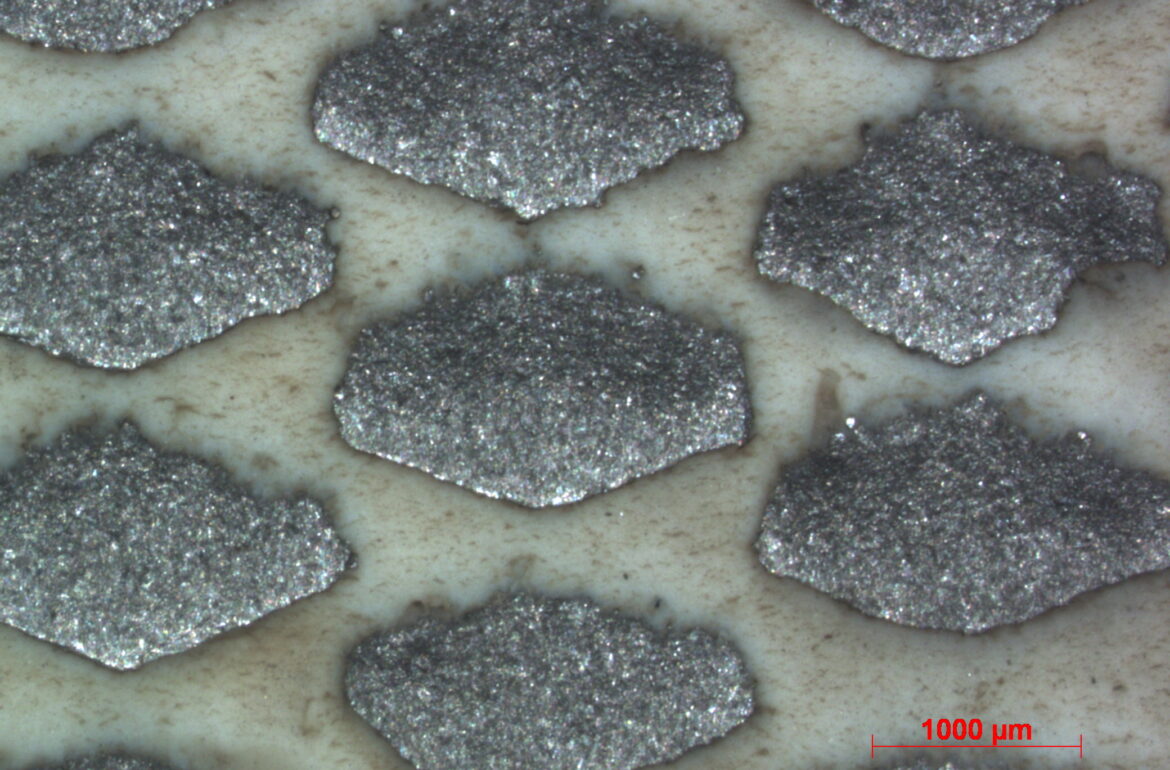 Optical image of material surface after erosion testing with speed of 30 m/s and impact angle of 30 degrees. Photo by Rahul Kumar.
Share

The history of tunnel boring machines can be traced back to 200 years ago when the first tunnels and metros were built. In general, the materials of a TBM that are in contact with abrasive particles can be divided into metals, ceramics and materials that combine them, i.e. composites. The composites usually have the highest wear resistance in aggressive environments. “We were trying to improve the wear resistance of materials of moving elements of a TBM and the composites were the right choice for further development,” the head of tribology and recycling research group, senior researcher of TalTech School of Engineering, Maksim Antonov explains.

The tests done during the research period were following the main goal – to prolong the lifetime of TBM cutting tools in order to minimize the need for their replacement. The tools made of materials with higher wear resistance can be replaced less frequently.

“Replacement of the wearing parts of a TBM, i.e. cutting tools or drag bits, is a complicated, costly and dangerous task. A TBM has gigantic dimensions: its diameter can reach up to 18 meters while the length can be up to 130 meters and the working zone of soft ground TBMs is constantly under high pressure. This makes access to cutting tools for their repair or replacement very dangerous and it has to be done as rarely as possible and it is better if it is done by a robot”, Antonov explains.

The most frequent job for a TBM nowadays is the construction of metros. Metros are usually used in large cities that tend to be constructed in the vicinity of rivers. The ground around rivers is composed of sedimentary rocks, sand and clay. The unevenness of such ground where sand, clay and sedimentary rock layers are alternating, makes the construction of tunnels complicated. Such aggressive conditions imply additional challenges and increase demand for better wear resistance of TBM cutting tools.

The studied tunneling technology can be used in a wide range of applications – it can be used starting from installation of water pipes or electricity cables under the ground by the trenchless method to building of huge tunnels or metros. The trenchless method is especially advantageous in urban conditions, since ground can be removed and the required infrastructure can be installed almost entirely without trenches making it possible to avoid damage to buildings and roads. For example, such works have been carried out in the last years close to Rome Colosseum in Italy and significant precautions have been taken to avoid any damage to cultural heritage sites.

Maksim Antonov: “We got a lot of inspiration from nature by analysing the structure of mole pelt, scales of fish and the structure of fossil diatoms. In our final design we tried to implement diamond, cubic boron nitride, tungsten or titanium carbide powder as reinforcement of our composites, we used 3D printing or industrial diamond wires.”

Thanks to the use of the selective laser melting technology of 3D printing we were able to obtain gradient composites (where the required material in the desired quantity can be added to certain locations) and materials that have up to 10 times higher deformation than conventional ceramic materials.

As a result of implementation of the new technology we were able to obtain specific gradient composite materials and the material that can be called elastic diamond, which we consider very perspective for cutting tools or other critical parts of a TBM. In addition, we confirmed that by adjusting the microtopography of the contacting surface (can be obtained by 3D printing) it is possible to obtain a material with unbelievably low and stable friction. “Such materials can be applied in various areas starting from excavation of the ground to NASA space equipment” Maksim Antonov explains.