Back
humanities and the artsnatural sciences

Geneticists and archaeologists are tracing the belligerent Scythians 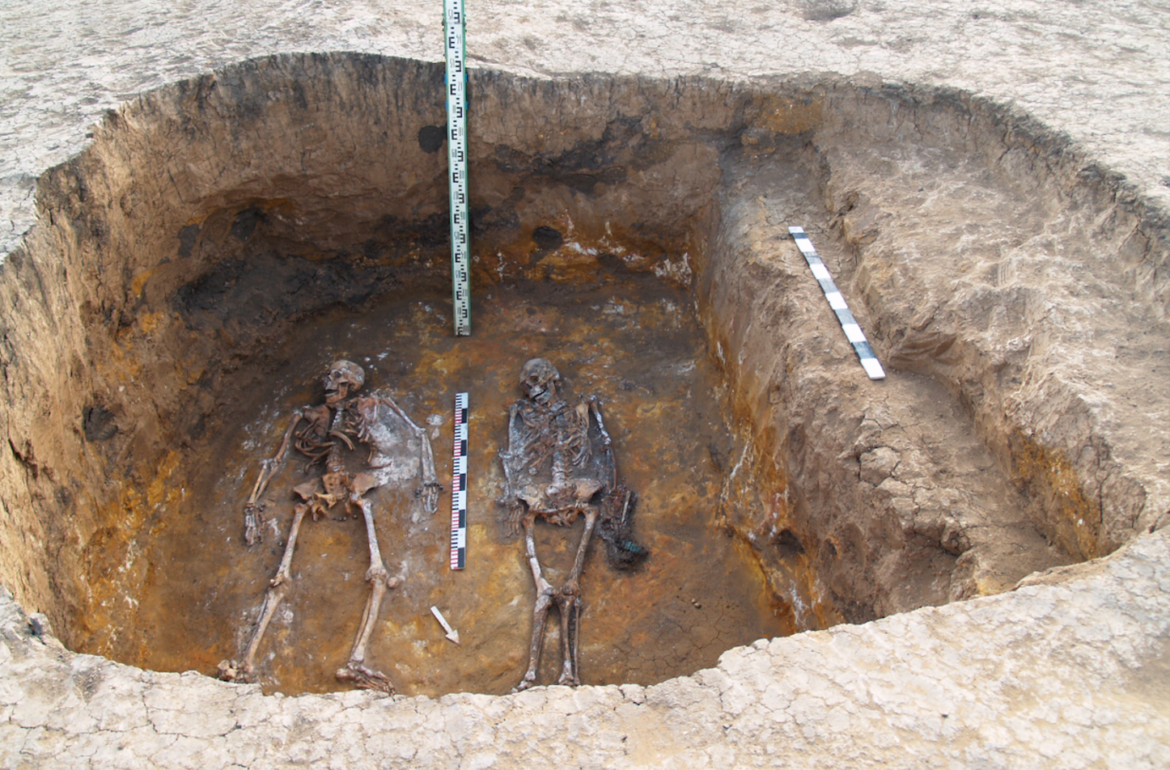 Grave of a Scythian-Sarmatian in Perevolochan, in the southern foothills of the Urals in Russia. Author/source: Nikita Savelev
Share

Most of us have probably heard of the Scythians and their burial mounds – kurgans, gold artefacts and bellicose nature. Those who have thus far not heard anything of the Scythians should remember that they were probably Iranian-speaking cattle-rearing nomadic people. In ancient times, they inhabited large areas in the current territories of southern Russia, Ukraine and Central Asia, which can be attributed to their exceptional horse-riding skills, among other things.

More specifically, between about 2800 and 2200 BC, the Scythian culture encompassed the steppe and forest steppe areas of southern Russia, Ukraine and Central Asia, but also influenced the peoples living in central Europe.

Two and a half thousand years ago, the Scythians were the northernmost people that the Greeks knew about, and were written about by the contemporaries of the Ancient Greeks, primarily the historian Herodotus.

Herodotus also depicted the Scythians as cannibals, though it is still unknown whether cannibalism really took place or not. The majority of our knowledge about these people has been gathered through archaeological excavations made during the last century.

“The Scythian name involves a vast territory and a large population that has been debated to originate from various preceding local steppe peoples as well as from migrants from Asia, but determining their origin is far from easy,” said Aivar Kriiska, a professor of laboratory archaeology at the University of Tartu.

“The archaeological material as well as physical anthropology research on human bones indicate extensive contacts between the steppe peoples and Asian migrants, but a more detailed understanding of the migrations of the populations of that time undoubtedly requires studying ancient DNA,” added Kriiska.

Kriiska is one of the researchers who, for many years already, has been studying ancient Scythian DNA in the work group lead by the University of Tartu’s Institute of Genomics. In addition to Estonian researchers, the group led by Mari Järve also included geneticists and archaeologists from Russia, Ukraine, Kazakhstan, Italy and Germany.

The international work group recently published a research article in the reputable journal Current Biology, which investigated the DNA extracted from 31 human skeletons discovered from Eurasian steppe and forest steppe areas in Kazakhstan, Russia and Ukraine.

The studied DNA belonged to people living in these areas from 1,500 to 4,600 years ago. For comparison, the researchers also analysed people from cultures preceding and succeeding the Scythians.

“Just like earlier research, our research shows differences in the DNA of the Scythians, indicating that the Scythians included groups of people of various origins,” said the geneticist Mari Järve, and added: “It was like a confederation combining several tribes. Based on genetic data, various samples of the Scythians and peoples close to them, e.g., Sarmatians, can be grouped by their geographic origin, positioned closer to their neighbours from the same period and region, than to the Scythians located further away.”

But according to Järve, the coin has two sides. “This was the time when changes also occurred on the “genetic landscape” of the Eurasian steppe. This means that a genetic component originating from the Altai Mountains in Asia can be seen spreading in steppe and forest steppe zones, most prominently among the eastern Scythians. This supports the hypothesis that an east-west population migration played a part in the formation of the Scythians.

According to Kriiska, their results, which were obtained thanks to the interdisciplinary and international collaboration between geneticists and archaeologists, make a significant contribution to the study of the history and origins of ancient peoples.

The lead author of the study, Mari Järve, added that the studies of ancient DNA have shown that human prehistory is more complicated than we have thought, which is also confirmed by their own recent study. “To explain it piece by piece, we would need to study all the areas of the Earth, and this work does not observe modern state borders. It goes without saying that such studies would be impossible without good colleagues in several countries,” said Järve.