How excessive smartphone use may take its toll on mental health 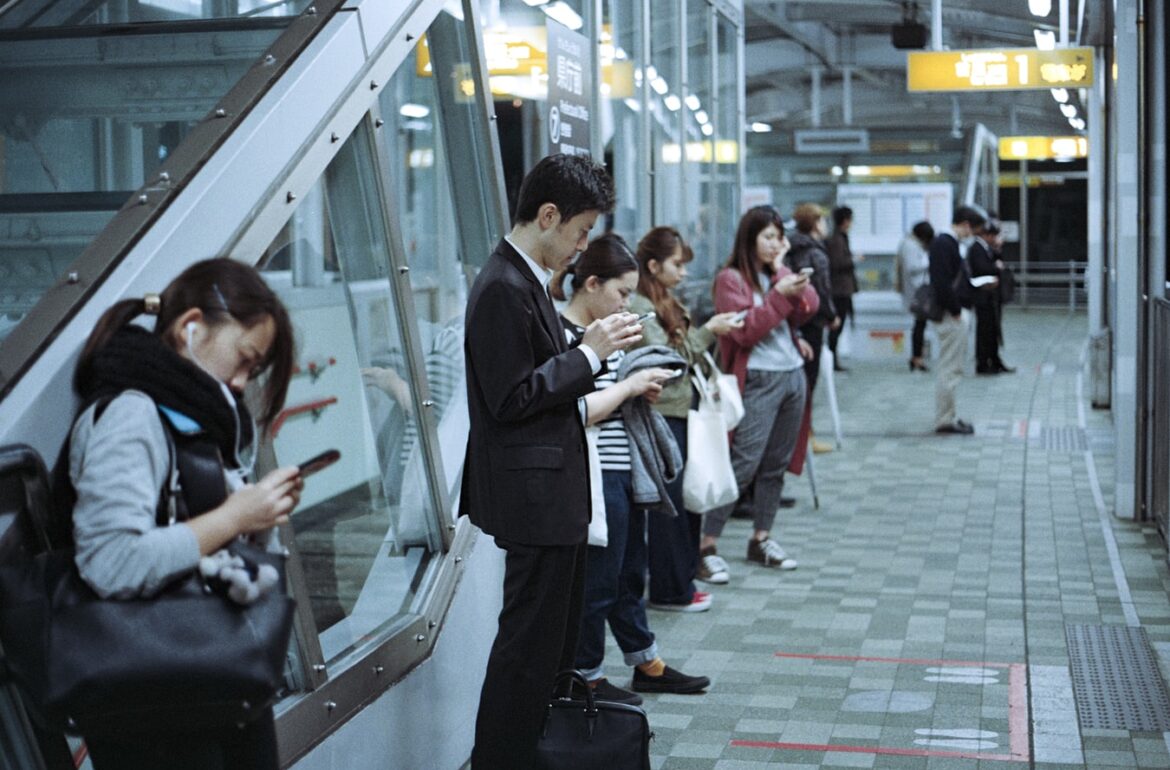 According to theory, people often use digital technologies to cope with negative emotions . Photo by: unsplash.com.
Share

Is disproportionate smartphone use associated with poorer mental health and educational variables? This was in the focus of Dmitri Rozgonjuk, who studied problematic smartphone use and recently defended his PhD in psychology at the University of Tartu.

How did you get the idea to study the problem of smartphone use?

One important motivator was my supervisors’ initiative. When I graduated my MA, Karin Täht and Kristjan Vassil drew my attention to the fact that the use of smartphones has not been extensively studied. We tried to find out if there was evidence in myths that people have about the detrimental effects of smartphone use. In other words, we wanted to see if excessive smartphone use is associated with poorer mental health and other variables related to education and productivity.

What was the theoretical background of the study?

That’s pretty complicated research. Often, people think that excessive use of a smartphone creates problems in everyday life. One would think excessive smartphone usage is a bad thing and the direction of causality is that if you use your smartphone a lot, it affects everyday life aspects, such as related to educational achievement. I think a lot of people who have been browsing their social media newsfeed are watching how everyone’s life seems so beautiful, while at the same time they have to be at work in the middle of the summer.

Today’s theoretical frameworks begin with the hypothesis that people with a problematic usage pattern often have factors or individual differences that predispose them towards excessive engagement in digital technology use. When we find a correlation with the severity of depression symptoms here, often this person already experiences these symptoms – not necessarily because of smartphone use. Basic human and personality characteristics, genetics and also mental health condition may drive the way a person responds to situations.

These reactions are combined with how well a person can regulate their emotions. Consequently, a person’s emotion and mood regulation may drive the choice of a platform: it could be social media, but also games on a smartphone, listening to music or watching videos and so on.

Some people are perfectly okay when they’re on a smartphone all the time and nothing bad happens, while depending on the predisposition of others, problematic behaviour may develop, which may create a vicious circle. When you’re depressed, you go online or on a smartphone and you see that life of others looks very good there, and you may feel your life is not as good, and so you get more depressed and spend more time on social media.

How is this problematic use defined?

In this area, scientists have so far not reached a consensus on what to call this phenomenon. If you’re on the phone most of the time and you’re looking for something new, it has been considered as addictive behaviour. In the late 1990’s, when the Internet reached wider masses, it was proposed that a new form of addiction has emerged. Already back then the researchers started a still ongoing debate on whether it could be called addiction or not. Contemporary approaches do not use “smartphone addiction” terminology anymore, but the phenomenon has been conceptualized as problematic smartphone use.

Self-report scales are used to measure this condition, meaning that a person assesses the severity of their symptoms with regard to excessive smartphone use on, say, a seven-point scale. For example, there are questions about withdrawal symptoms. By taking a smartphone away from someone, he or she estimates from one to seven how much he or she experiences irritability or sadness in relation to not being able to use his or her smartphone. Another symptom includes conflicts with others: for example, if your partner says you’re on the smartphone too much, but you don’t care or conflict with yourself when you’re trying to put a limit on smartphone use, but do not succeed. Finally, there are many real-life examples, how using a smartphone caused a traffic accident. People may watch a series while driving on the road, which is dangerous. Problematic smartphone use means a person’s everyday life is disturbed by the fact that he or she is too much on the smartphone and it is measured subjectively.

Speaking about my dissertation, the first study is perhaps the most important one, that can also be seen from the number of citations. It was published last year and now has close to 30 citations, which is a pretty good result and shows that scientists from many parts of the world are interested in this research. There aren’t very many studies that have looked into people’s smartphone usage patterns that are objectively measured (e.g., tracked). We asked people to assess their problematic smartphone use and we also asked them to assess their depressiveness and anxiety. In addition, we tracked their smartphone usage over a week, installing one application on their smartphone and take data from there. Finally, we asked people every day about their depressive mood, and wanted to see if a person’s daily depressiveness would coincide with the use of a smartphone. According to theory, people often use digital technologies to cope with negative emotions and we wanted to see, if there was a linear link or not.

We found that almost nothing predicted actual, objectively measured usage patterns. This is interesting because, in many ways, research focuses on how much a person is concerned about the use of their smartphone. When people constantly check their smartphone for notifications, it’s a bit of compulsive behaviour. I often ask people while presenting a talk on this topic: what is the best predictor of problematic/addictive smartphone use? Is it how much a person spends time on the screen or how much a person checks the smartphone? However, we found in our research that problematic smartphone use is associated with screen time, not phone-checking behaviour.

The only thing that predicts the behaviour of controlling the smartphone, however, is lower depression and lower levels of anxiety. Our interpretation was that people who are socially more active might actually have a reason to see what’s happening on the smartphone. It means that these people also may receive more notifications from other people and social media.

Interestingly, when we investigated if daily reports of depressive mood were associated with objectively measured smartphone use, we did not find a robust relationship. In other words, if a person said that they felt very depressed on one of the days when they took part in the study, neither objectively measured screen time nor phone-checking behaviour from that day were associated with depressive mood. Our study showed that experiencing depressive state in a short time interval (one day) does not mean a person uses their smartphone more on that day.

Did you also study any other aspects?

In the second and third study of my dissertation, we focused on academic context by studying the links between smartphone use, procrastination, and approaches to learning. People who delay executing their tasks also use more social media in lectures and this could be reflected in the scores of problematic use of their smartphone. We also looked at the approaches to learning and it turned out that people with a high problematic smartphone usage score use a more superficial approach to learning. Once you’re accustomed to using a smartphone in a lecture, you’ll probably go to social media more often and you may not pay that much attention to what the teacher says in the lecture.

Finally, in the fourth study of my dissertation, we found that problematic smartphone usage is associated with intolerance of uncertainty. This means that if we don’t know what’s going to happen in a given situation, it’s going to cause us stress because it’s not under our control. Even if there is a probabilistic assumption that everything is not going badly, there is still anxiety associated with it.

If the mobile game has its own rules, then social interaction has its own norms as well, but the unpredictability rate is higher in the latter, and that may be the reason people end up not using social features. As we found that non-social smartphone use mediates the relationship between intolerance of uncertainty and problematic smartphone use, one reason, perhaps, is that people who feel uncertainties in life use the Internet to learn how to make their lives a little more determined.

Is there a disease of digital loneliness coming on?

Loneliness is one of those constructs that is quite often found to be related to problematic smartphone use. Recently, a study was published where it was experimentally demonstrated how people who use smartphones more have less eye contact in social situations. Thus, it was assumed that social interaction was adversely affected by excessive smartphone use.

What about fear-of-missing-out or FOMO? Is it a real problem?

FOMO seems to be one of the strongest and most robust predictors of problematic smartphone use. Several research articles have demonstrated that the correlation is very high and mostly significantly higher than for other constructs. So the need to constantly use one’s device is likely driven by the fear of missing out on rewarding experiences of others.

What would you recommend to people who use their smartphones too much?

Until we reach the next phase of the research, some common health-related tips may be useful. Maybe people should go out more, both for exercise as well as for social activation. One thing related to overall better psychological and physical health is physical activity. Social communication, good sleep and balanced nutrition are also universally significant daily-life aspects contributing to better well-being. 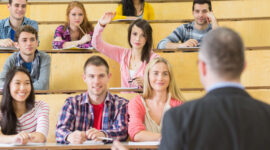