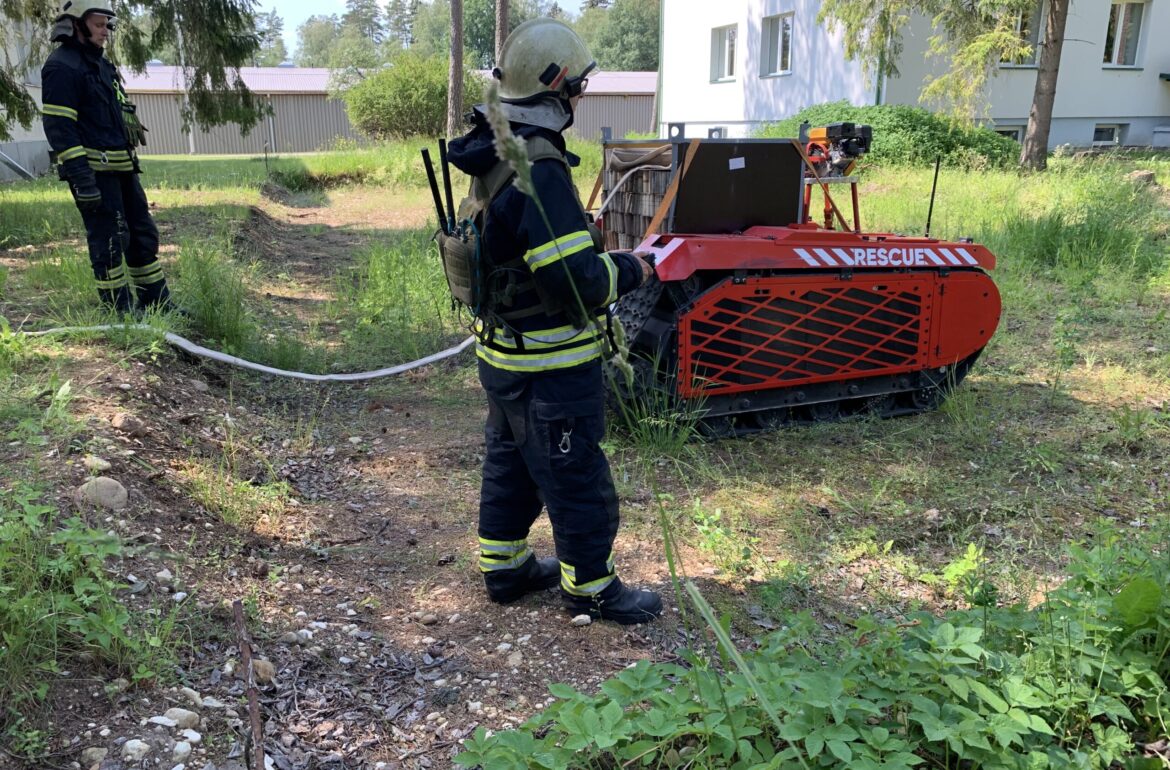 Milrem is testing its UGV together with the Estonian Rescue Board, which is responsible for firefighting and rescue operations in the country. Photo by: Milrem Robotics.
Share

After Notre Dame Cathedral in Paris caught fire in April, a robot called Colossus helped save much of the historic structure by braving conditions deemed too dangerous for human firefighters.

The Notre Dame fire was “the first big-visibility usage of robots in firefighting,’’ says Mart Noorma, director of science and development at Tallinn-based Milrem Robotics, which is testing robotic tracked vehicles with Estonia’s firefighters.

As well as being more resilient, robotic firefighters could prove to be more versatile than their human counterparts. Noorma says Milrem’s joystick-controlled modular unmanned ground vehicle (or UGV) can be quickly adapted for a variety of tasks, including spraying intense fires, unreeling bulky hoses and evacuating injured parties, using “Plug’n Play payloads”. The UGVs can also be equipped with cameras and sensors to assist with the evaluation of hazards before humans are sent in. Like Colossus, Milrem’s UGV is designed to combat blazes in conditions that would be too dangerous or difficult to access for human firefighters, including burning buildings and marshy forest areas.

Read the full article by Jones Hayden in Science|Business.

The publication of this article was funded by the European Regional Development Fund through Estonian Research Council.