Digital twins takes robot control to the next level 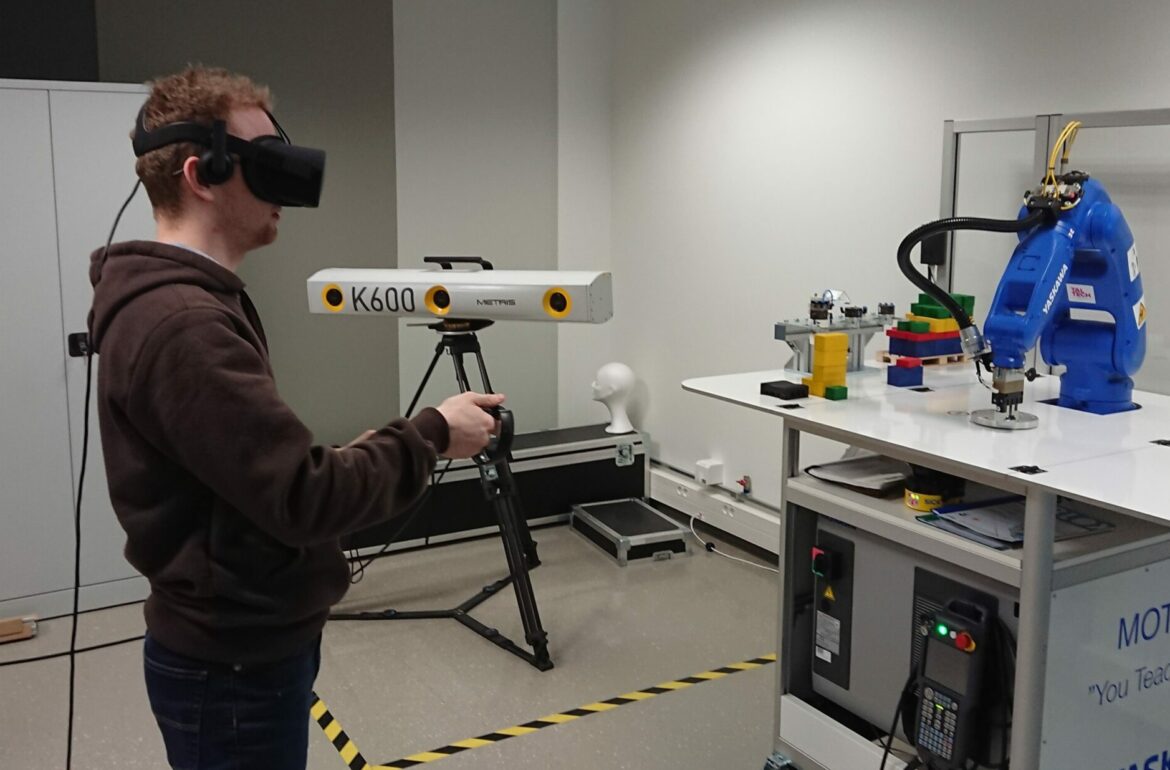 A digital twin is a virtual model of an industrial robot, whereas the real robot operates in synchrony with its virtual twin. This means that algorithms are used to connect various links and sensors of a particular computer model to a real robot, forming a pair of digital twins. While currently, the signal travels from a digital twin to a real robot and back with some delay, it will operate smoothly in the conditions of a 5G network. The areas of application of industrial robots, i.e. digital twins, range from the electronics industry and mechanical engineering to manufacturing of self-driving cars.

Recently Vladimir Kuts defended his doctoral thesis, “Novel Digital Twin Development Methodology for the Robot Cell Connectivity in a Smart Industry Environment,” at the Department of Mechanical and Industrial Engineering of Tallinn University of Technology.

A supervisor of the doctoral thesis, Professor of the Department of Mechanical and Industrial Engineering Tauno Otto, says, “The thesis aimed to improve the control of modern industrial robots by creating digital twins that allow better and safer control of technological devices in the manufacturing process.”

The goal of Vladimir Kuts’s doctoral thesis was to analyse the operation of digital twins to develop a novel mechanism that would function smoothly regardless of the distances. The relevant tests were carried out in the laboratories of Tallinn University of Technology and its cooperation partner, the Institute of Industrial Technologies and Automation of the National Research Council of Italy (CNR). The researchers developed a novel model, where digital twins are connected via a middle layer platform between the virtual environment and the real robot controller.

“As a result of the doctoral thesis, for the first time a new communication method has been developed where industrial robot control and programming does not depend on the human presence factor any longer,” Professor Otto says.

Another value of the digital twins lies in the fact that while an industrial robot is operating, a new operation can be programmed on the digital twin and tested in simulations at the same time. This is a significant achievement, given the fact that 1 minute of a manufacturing process carried out by an industrial robot requires 45 minutes of programming that can now be done without interrupting the manufacturing process.

The third added value of digital twins is significantly improved safety, e.g. no physical human presence is required to correct or reprogram robotics algorithms, the operations can be carried out virtually, i.e. by remote control.

“The primary value of the doctoral thesis is the developed simulation environment in virtual reality based on the principles of Industry 4.0. Exploiting the digital twin’s concept not only in the means of simulation but to develop a digital twins creation methodology of the dual-way synchronisation based on the example of the industrial robotic cell enables management and control of the factory from the simulation in real-time,” Professor Otto says.

Professor Otto adds, “The doctoral thesis has already attracted attention also overseas – in September Vladimir Kuts visited USA at the invitation of the U.S. National Institute of Standards and Technology (NIST), where a cooperation agreement was signed between NIST and TalTech.”

Computer control was first introduced in industry in the middle of the last century, to be more specific in 1949, when the first computer-controlled machine tools were introduced in Massachusetts Institute of Technology (MIT). At that time, their cost was so astronomical that targeted support was provided for that by the US Department of Defense.  The first industrial robots were introduced in 1960. Today, the production cost of computer-controlled technological equipment has decreased considerably, whereas their functionality has improved and application areas have expanded significantly.

The supervisors of the doctoral thesis were Associate Professor Toivo Tähemaa and Professor Tauno Otto (Tallinn University of Technology).